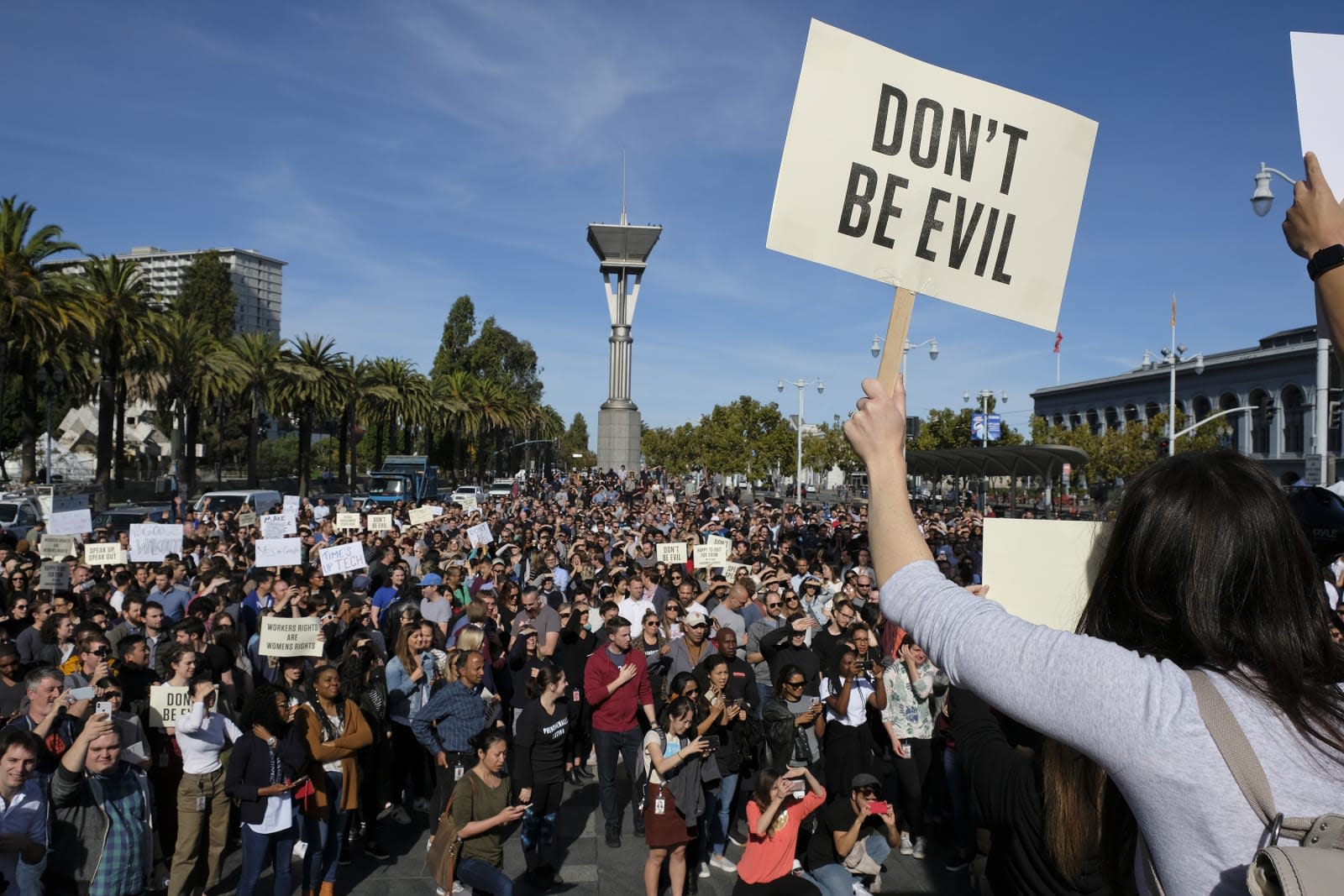 As promised, Google employees who led the large-scale walkouts in November have held a town hall meeting to share more allegations of a retaliatory culture at the company. Bloomberg understands that Claire Stapleton and Meredith Whittaker provided "more than a dozen" additional stories of reprisals at the gathering, which gave participants a chance to offer input. Details of those extra stories weren't available as we wrote this, but Stapleton described the tales in company email as evidence of "systemic issues" that wouldn't be addressed without collective action.

Stapleton and Whittaker started the outcry after explaining their own accusations. Stapleton said she was going to be demoted from her marketing role at YouTube and was asked to take a medical leave she didn't need, saving her position only after she retained a lawyer. She added in email that the "environment remains hostile." Whittaker, meanwhile, was booted out of her AI ethics work and tried to transfer to another AI team (reportedly with the backing of AI lead Jeff Dean), but apparently lost that transfer not long after the petition that led to Google scrapping its AI ethics council.

Google isn't necessarily going to respond to the campaign. Bloomberg obtained a message from Google diversity director Oona King that downplayed one of the cases. "It isn't as appears here," she said. In a statement, Google also stressed that prohibited retaliation, publicly shared its policy and gave staff "multiple channels" to report issues, including anonymous options.

Not that this will likely dissuade protesters. Google has faced a number of internal disputes over its business practices, including its treatment of contract workers and its work on a censored Chinese search engine. Simply put, workers feel much more capable of challenging the company's policies than they did before.

In this article: business, culture, demotion, gear, google, google walkout, protest, retaliation, town hall, walkout
All products recommended by Engadget are selected by our editorial team, independent of our parent company. Some of our stories include affiliate links. If you buy something through one of these links, we may earn an affiliate commission.