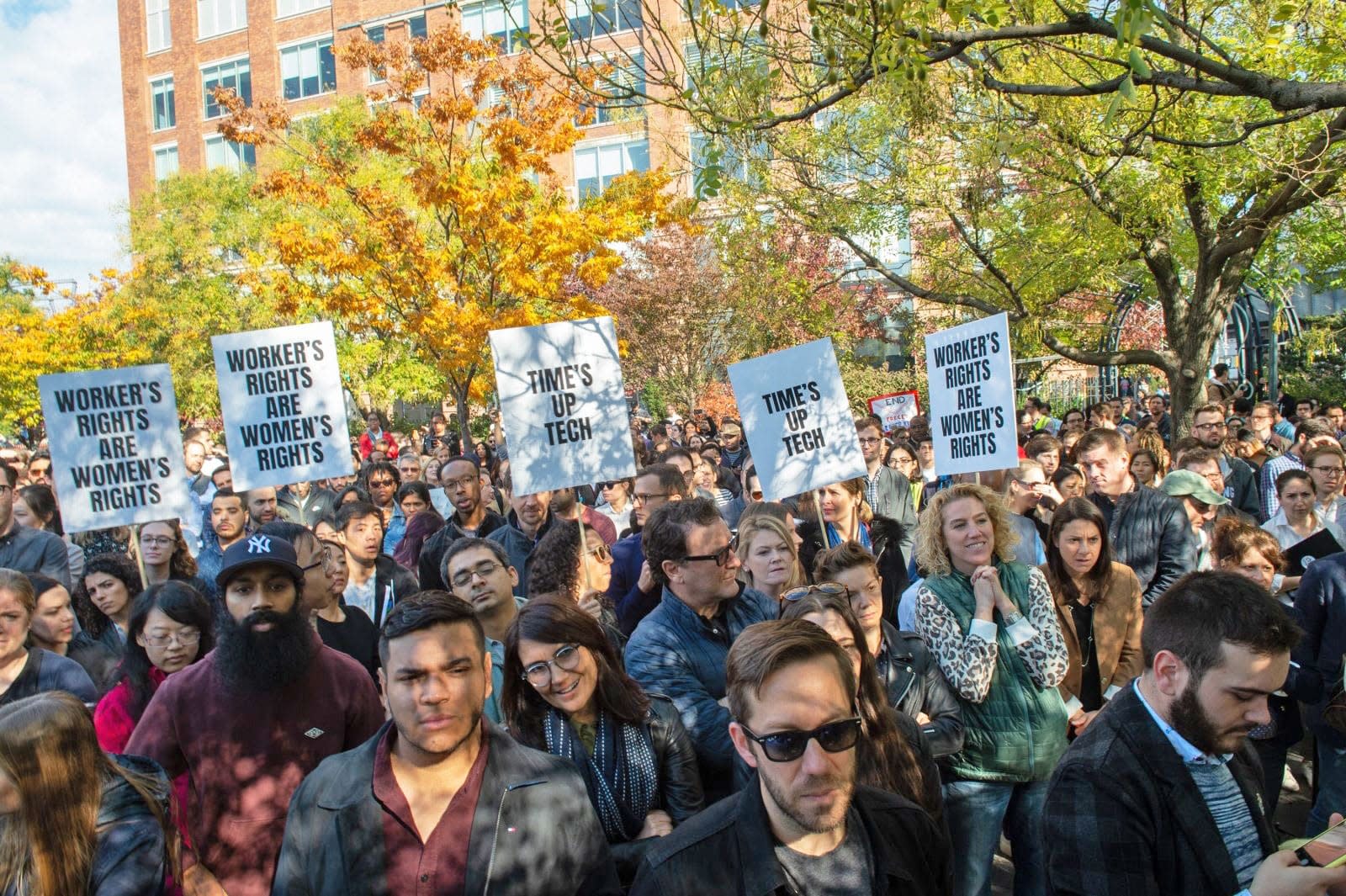 The organizers of the Google employee walkout have outlined how they want the company to address sexual misconduct at the company, and they're quite clear in their demands. The Walkout for Real Change group is primarily focused on accountability and transparency, starting with an end to forced arbitration for harassment and discrimination cases, which tends to keep cases secret. This would give staff the power to take these cases to court. Employees also want the right to bring a "co-worker, representative or supporter" with them when meeting human resources to discuss claims.

The walkout supporters also seek an end to inequalities in pay and job opportunities, including transparent data on gaps in ethnicity, gender and race. They also want Google to publicly disclose a sexual harassment transparency report that describes the quantity and type of incidents, who has left as a result of these claims, and who has received exit packages despite misconduct allegations. There should be a "clear, uniform, globally inclusive process" for reporting misconduct, rather than one that favors management, the workers said.

The demands include management changes, too. They want the Chief Diversity Officer to report directly to the CEO and make recommendations directly to the Board of Directors. There should be a representative for employees on the board, the walkout leaders added.

Whether or not Google acquiesces to the demands isn't certain. CEO Sundar Pichai has told the company that he supports the right to walk out and is "fully committed to making progress" on sexual misconduct issues, but it's unknown if this will involve a point-for-point response to the walkout organizers. The internet giant might not have much choice, though. Photos from the protests have shown hundreds or more walking out at each location -- Google workers want reform, and they're going to be vocal about it.

We, Google employees and contractors, will walkout on November 1 at 11:10am to demand these five real changes. #googlewalkout pic.twitter.com/amgTxK3IYw

In this article: andyrubin, business, discrimination, gear, google, harassment, protest, sexualharassment, sexualmisconduct, transparency, walkout, walkoutforrealchange
All products recommended by Engadget are selected by our editorial team, independent of our parent company. Some of our stories include affiliate links. If you buy something through one of these links, we may earn an affiliate commission.
Share
Tweet
Share