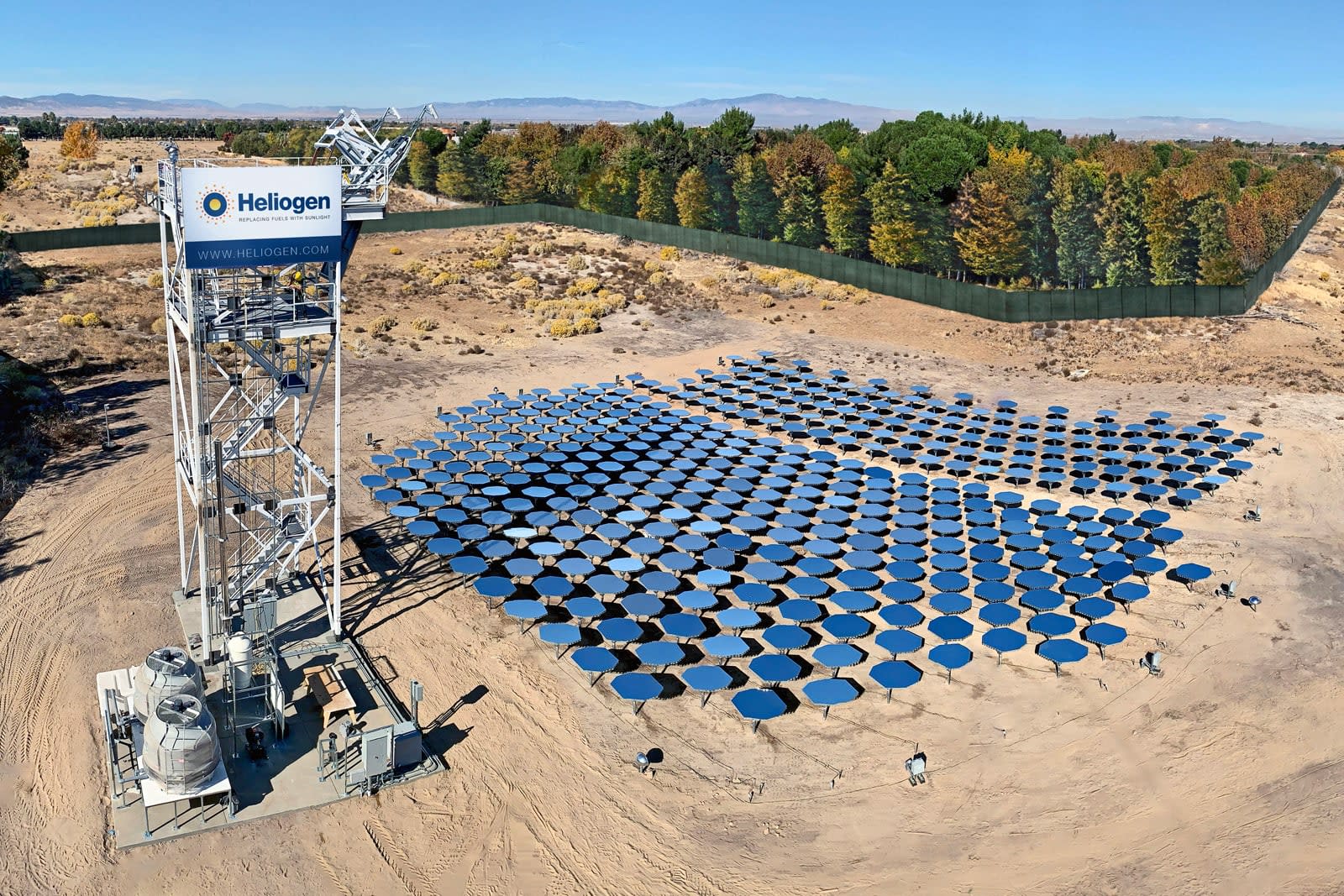 If solar energy is truly going to take over from fossil fuels, it needs to be hot enough for not only generating power, but replacing industrial processes outright -- and even the 1,049F of the best solar concentrator systems wouldn't cut it. Heliogen, however, may have finally cracked that barrier. The Bill Gates-backed startup has successfully concentrated solar energy at "breakthrough" temperatures above 1,832F, making it toasty enough to replace fossil fuels for industrial tasks like producing cement or steel.

The trick is the use of computer vision (aka a form of AI) to align a large array of mirrors as they reflect sunlight on a solitary target. That allows for the kind of accuracy that hasn't been possible until now.

There's still a lot of work to go before the technology enters real-world use. Heliogen achieved the record heat levels the first day of its plant's operation, company founder Bill Gross told CNN. While impressive, it won't immediately translate to a practical solution.

Nonetheless, the implications are huge. As Gates noted in the announcement, industrial processes are responsible for over 20 percent of emissions. If the technology can cut even a portion those emissions, that could help keep global warming in check. Heliogen has greater ambitions, too. It ultimately hopes to reach temperatures of 2,732F, which would be hot enough to create hydrogen and synthetic gas. At that point, you'd have clean energy being used to produce more clean energy -- there would be relatively little need to generate emissions in the first place.

Via: CNN Business
Source: Heliogen
In this article: ai, artificial intelligence, bill gates, computer vision, environment, gear, green, heliogen, industry, solar, solar concentrator, solar energy, solar power, tomorrow
All products recommended by Engadget are selected by our editorial team, independent of our parent company. Some of our stories include affiliate links. If you buy something through one of these links, we may earn an affiliate commission.