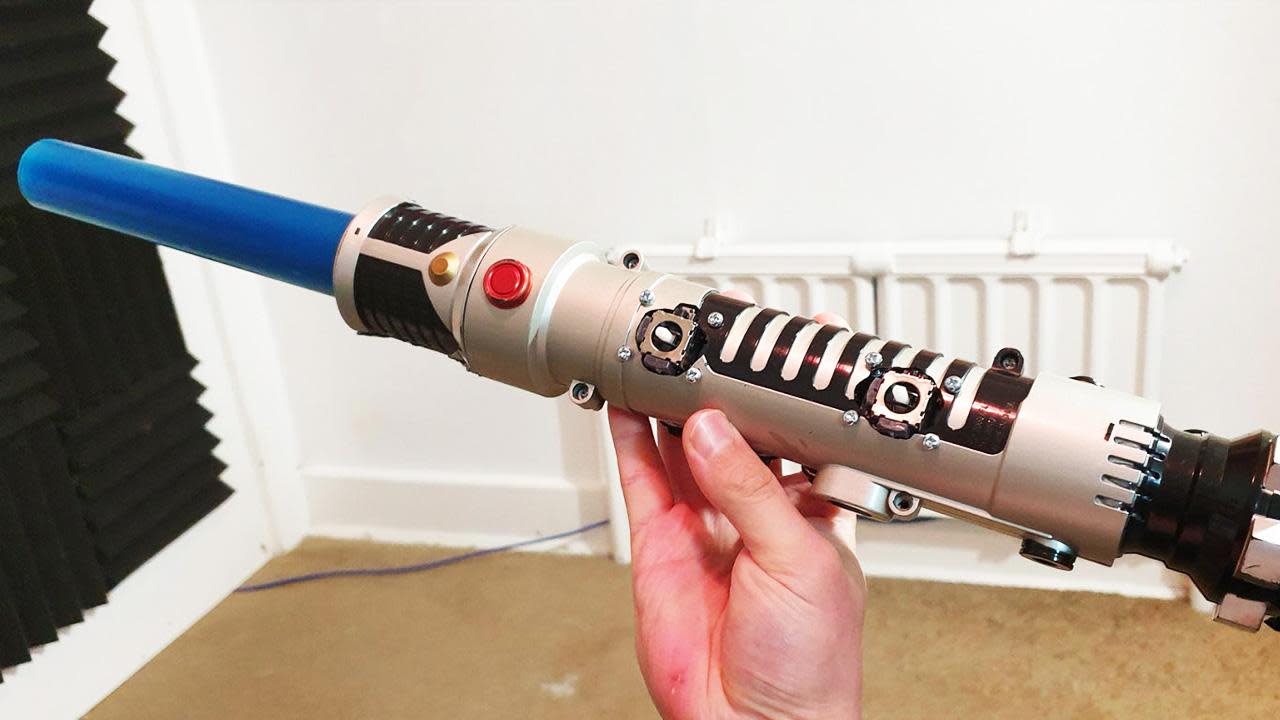 Twitch streamer and DIY gaming accessory buff Dylan "Rudeism" Beck, who created a hilarious Untitled Goose Game "controller," is at it again with the new Star Wars title Jedi: Fallen Order. He built a motion-controlled lightsaber and a force glove that make the game look more fun and sporty, according to his Twitch videos and a post on Reddit.

He got a lightsaber big enough to fit the electronics from a friend, then installed LEDs that light up when you flick out the blade, along with thumbsticks, a D-pad and buttons for jumping, dodging and so on. The motion sensor is an inertial measurement unit (IMU) that detects swings and deactivates when the blade is retracted. The whole thing cost less than $40 in materials, but a lot more in time, said Beck.

The best part is that it seems to play pretty well, too, though it no doubt takes some getting used to. "I started off on Jedi Knight difficulty, but I decided to crank it up to max difficulty just to see if I can. Managed to take out the second boss, so I think it's got promise!" he said. Now, we just need a manufacturer to build this to make our Jedi gaming and cosplay crossover dreams come true.

In this article: AOLoriginals, av, controllers, daily show, diy, do it yourself, doityourself, Dylan Beck, engadget, Engadget Today, engadget video, entertainment, force glove, gaming, lightsaber, Motion Control, Rudeism, Twitch
All products recommended by Engadget are selected by our editorial team, independent of our parent company. Some of our stories include affiliate links. If you buy something through one of these links, we may earn an affiliate commission.