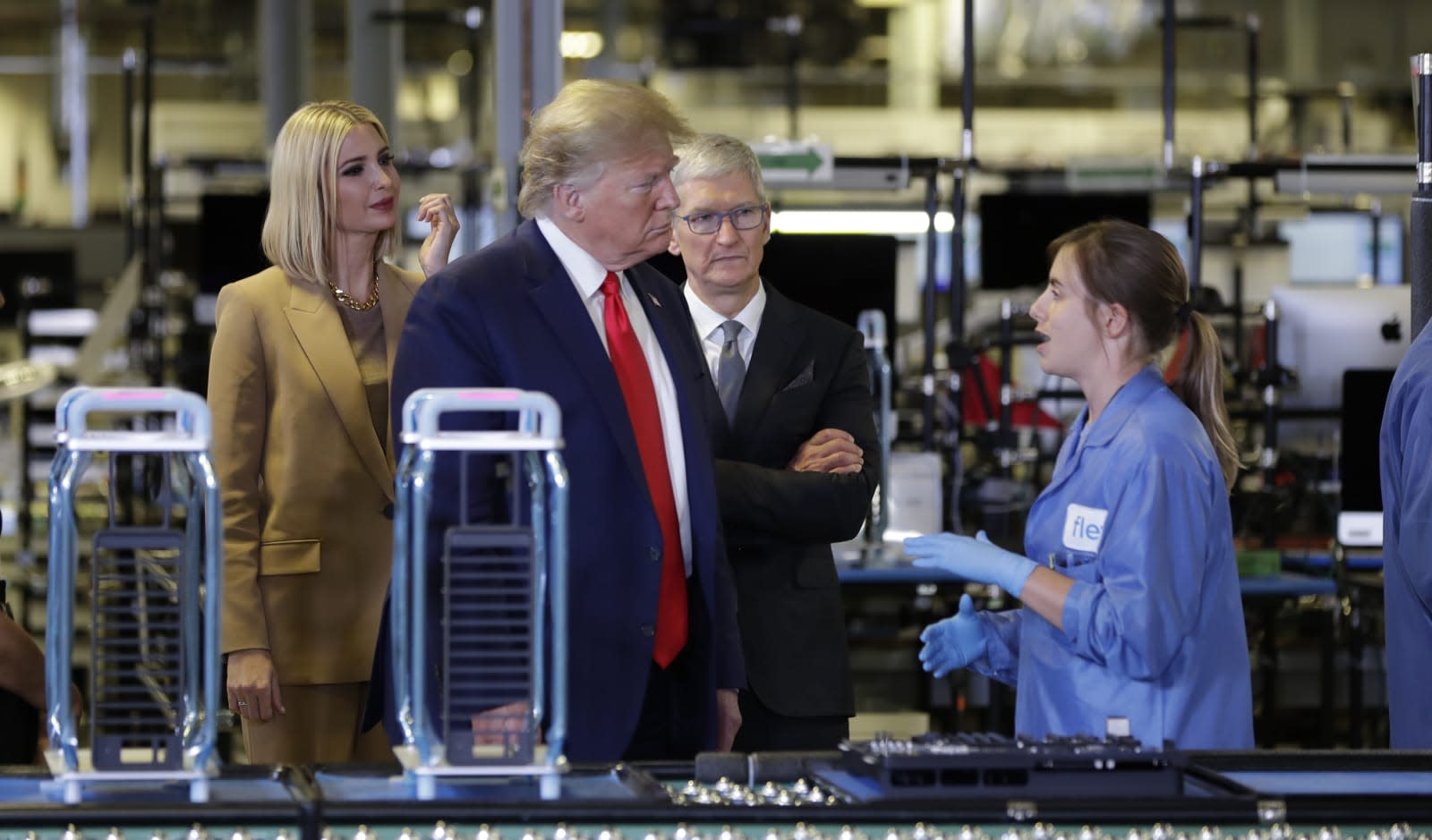 As planned, today Donald Trump took a tour of an Apple manufacturing facility in Texas alongside CEO Tim Cook. While impeachment hearings continued in D.C., the president tweeted that "Today I opened a major Apple Manufacturing plant in Texas that will bring high paying jobs back to America." While Apple did claim in September that exemptions from tariffs the Trump Administration put in place made it possible to produce the new Mac Pro in Texas, a company called Flex has been assembling its high-end desktop computer there since 2013.

Apple also announced plans for a new 3 million square foot campus in Austin, that will not be a manufacturing plant, didn't open today and wasn't a part of the tour. It said production of the new Mac Pro is now under way, although it didn't narrow down the "December" release window announced last week. As far as any hopes for further tariff exemptions that could help Apple, Reuters reports Trump responded "We're looking at that" when asked about it.

Today I opened a major Apple Manufacturing plant in Texas that will bring high paying jobs back to America. Today Nancy Pelosi closed Congress because she doesn't care about American Workers!

In this article: Apple, business, Donald Trump, flextronics, gear, Mac Pro, politics, potus, tim cook
All products recommended by Engadget are selected by our editorial team, independent of our parent company. Some of our stories include affiliate links. If you buy something through one of these links, we may earn an affiliate commission.
Share
Tweet
Share