Verizon's 5G coverage maps are here, and they're sparse

More than anything, the maps show the current limitations of mmWave deployments.
I. Bonifacic|11.20.19
@igorbonifacic

Seven months after it first launched its 5G network in the US, Verizon (Engadget's parent company) has shared coverage maps for all 18 cities in which it currently offers next-generation wireless connectivity. The maps were first spotted by PCMag, and make it clear why the carrier was likely reticent to share them in the first place. Outside of the downtown cores of dense cities like Chicago and New York, there's not much to see at the moment. Take the map of Sioux Falls, for instance -- it's fair to describe Verizon's deployment in the city is modest at best. 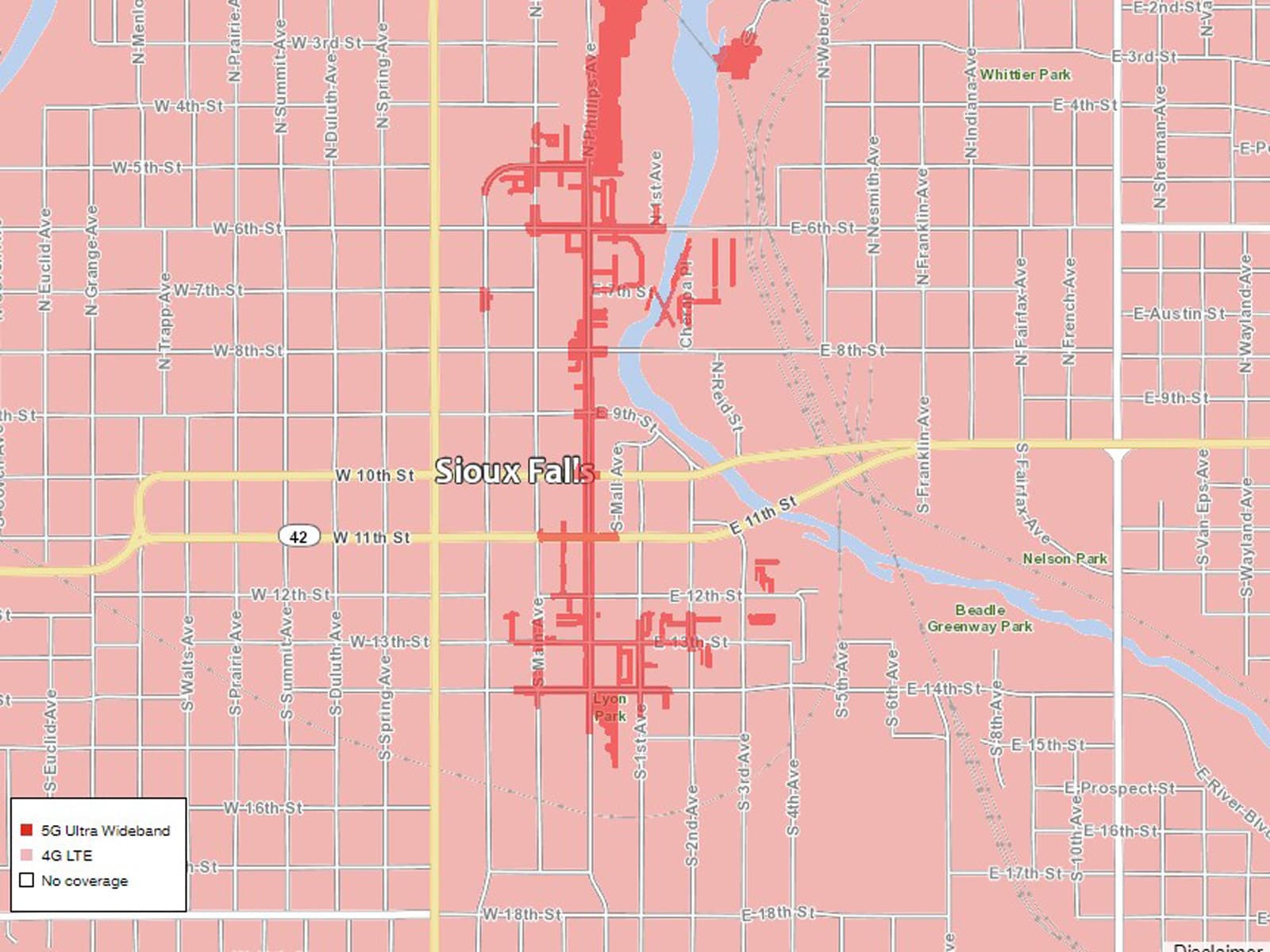 The maps are different than the ones we're used to seeing with past wireless technologies. A lot of that has to do with the nature of Verizon's 5G buildout. At the moment, the carrier is exclusively using a type of spectrum called millimeter wave (mmWave). In contrast to sub-6GHz, the other major group of frequencies network operators plan to leverage for 5G, mmWave frequencies oscillate so quickly that they tend to scatter against any walls they meet. They also can't travel very far, with range currently limited to about an 800-foot maximum radius from a cell site. It's for those reasons coverage snakes down major arteries instead of ballooning out as you might imagine with most wireless technologies. For all its faults, however, mmWave promises extremely fast speeds. When Verizon launched 5G in Chicago, Engadget's Chris Velazco was able to get download speeds of up to 600Mbps using the Moto 5G Mod on his Moto Z3.

For Verizon, sharing these maps is an important step in trying to convince people there's more to its "5G built right" tagline than marketing hype and wishful thinking. The carrier has been consistently criticized by its competitors for not being more transparent about the extent of its 5G coverage. T-Mobile, for instance, launched a marketing campaign called VerHIDEzon that specifically called out the missing coverage maps. If you live in one of the 18 cities where Verizon offers 5G, you'll definitely want to check the maps out before buying in. More than anything, they show that the technology still has a long way to go.