'Half-Life: Alyx' is a VR prequel set before the events of 'Half-Life 2'

After more than 12 years, Valve is officially returning to the Half-Life universe. Half-Life: Alyx is a "full-length" VR entry into the series -- but if you were thinking we'd finally find out what happened after the events of Half-Life 2: Episode Two, I have some extremely disappointing news. Alyx will take place between the events of Half-Life and Half-Life 2. For those of us who've been waiting for Valve to return to these games, it's a bit of a bittersweet moment -- the company undoubtedly knows how to make an excellent game, and the screenshots Valve shared certainly should get fans excited. But if you're looking for closure after the mega-cliffhanger that was Episode Two, you'll have to keep waiting.

Enough about what Alyx isn't, though. The game is set for release on Steam in March of 2020, just four short months from now, and will work with all PC-compatible VR headsets. Pre-orders are open now and the game costs $59.99, though owners of Valve's Index VR headset will get it for free. Unfortunately, it seems there's no plans for a non-VR version of the game, so get ready to open your wallets if you haven't jumped on board that train yet.

As for what to expect from the story, it shouldn't be too big a surprise to those who've played Half-Life 2. Valve says the game will focus on Alyx Vance and her father Eli's fight against the Combine, an alien race that has occupied Earth. Past Half-Life games didn't make it entirely clear how the Combine came to enslave humanity following the events of the first game, where they didn't feature at all, so we may get some insight into how things got as bad as they did.

The screenshots Valve shared show a familiar look at a ruined, occupied city that is probably City 17 from Half-Life 2 -- but we've never seen it rendered in this fidelity, and that's without the extra immersion VR will provide. Also, gravity gloves! Can't wait to put those to work.

Valve released a trailer as well, and it drives home just how much technology has changed since the last Half-Life game was released in 2007. The world is stunningly detailed and it looks like VR will let you interact with literally any object in the game, as a scene where Alyx dug through items on a shelf looking for a spare bullet showed. And just to drive fans into a further frenzy, the trailer ends with a quick glimpse at the infamous G-man.

"Everyone at Valve is excited to be returning to the world of Half-Life," Valve's Gabe Newell said in a statement. "VR has energized us. We've invested a lot of ourselves in the technology. But we're also game developers at heart, and to be devoting ourselves to a VR game this ambitious is just as exciting. For that to come in the form of Half-Life feels like the culmination of a lot things we care a lot about: truly great games, cutting edge technology, and open platforms. We can't wait for people to experience this."

That all sounds good, but here's hoping that this is the start of a new journey into the world of Half-Life and not a swan song. But regardless of what happens, it's hard not to at least be curious about a full-fledged new game from Valve. 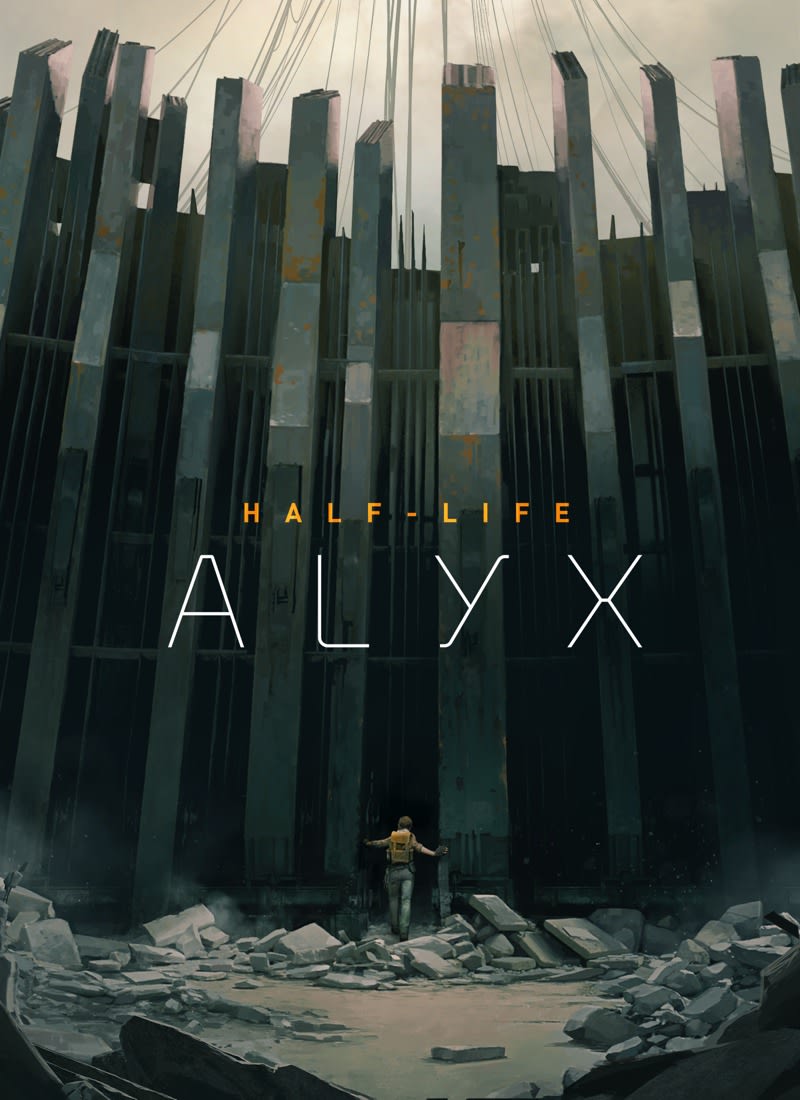