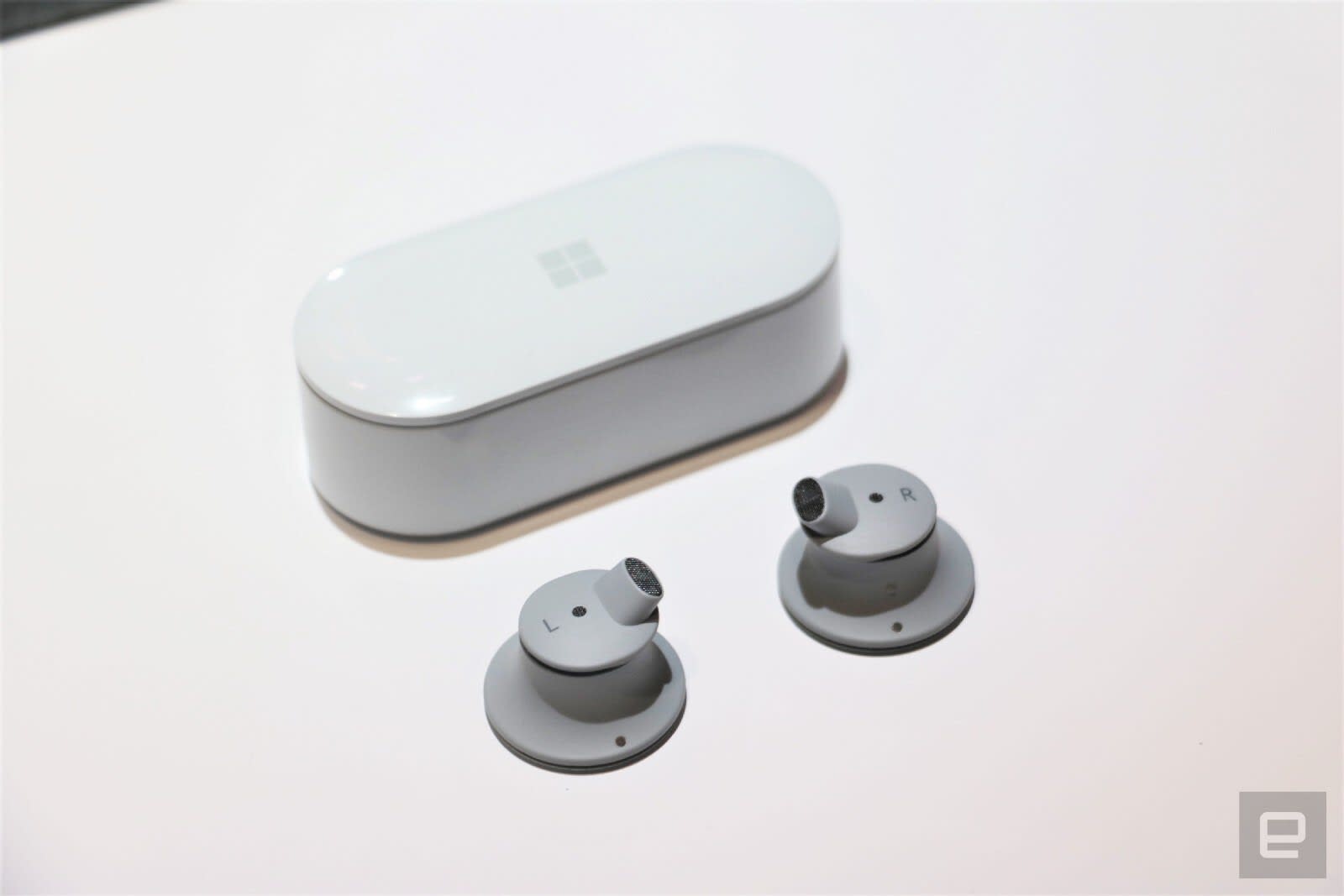 Bad news if you were looking to get your hands on (or gift) Microsoft's surprisingly comfortable Surface Earbuds this holiday season: they won't be available until the spring. Panos Panay, Microsoft's chief product officer, said the company needs a little more time "to get all the details right."

Product-making is about the relentless pursuit to get all the details right, which takes time...sometimes more than we planned on. To ensure we deliver the best possible experience for you, our fans & customers, Surface Earbuds will now launch worldwide in Spring 2020 #Surface

Microsoft had planned to release the $249 earbuds, which it revealed last month, this holiday season. They include a charging case and Microsoft says they can run for 24 hours on a single charge.

The wearables will offer Office 365 integration, with access to your Outlook email and calendar via voice control. Meanwhile, people who give presentations may find Surface Earbuds particularly useful, as they can transcribe speech and display it on screens in real time, and translate what people are saying into more than 60 languages. The wearables will also include Spotify integration with touch controls on Android.

Microsoft is promising other features for the Earbuds, including tapping to advance PowerPoint presentations and one-click pairing. That's a lot for Microsoft to get right and it clearly feels the need to take extra time to ensure it does, but the delay could mean it ends up ceding more smart earbud market share to its rivals.

Apple has AirPods and Powerbeats Pro, while Amazon and Google recently announced Echo Buds and refreshed Pixel Buds 2 respectively. While Microsoft appears to have a different target audience in mind, missing out on shipping Surface Earbuds during the holiday season will surely come as a blow.