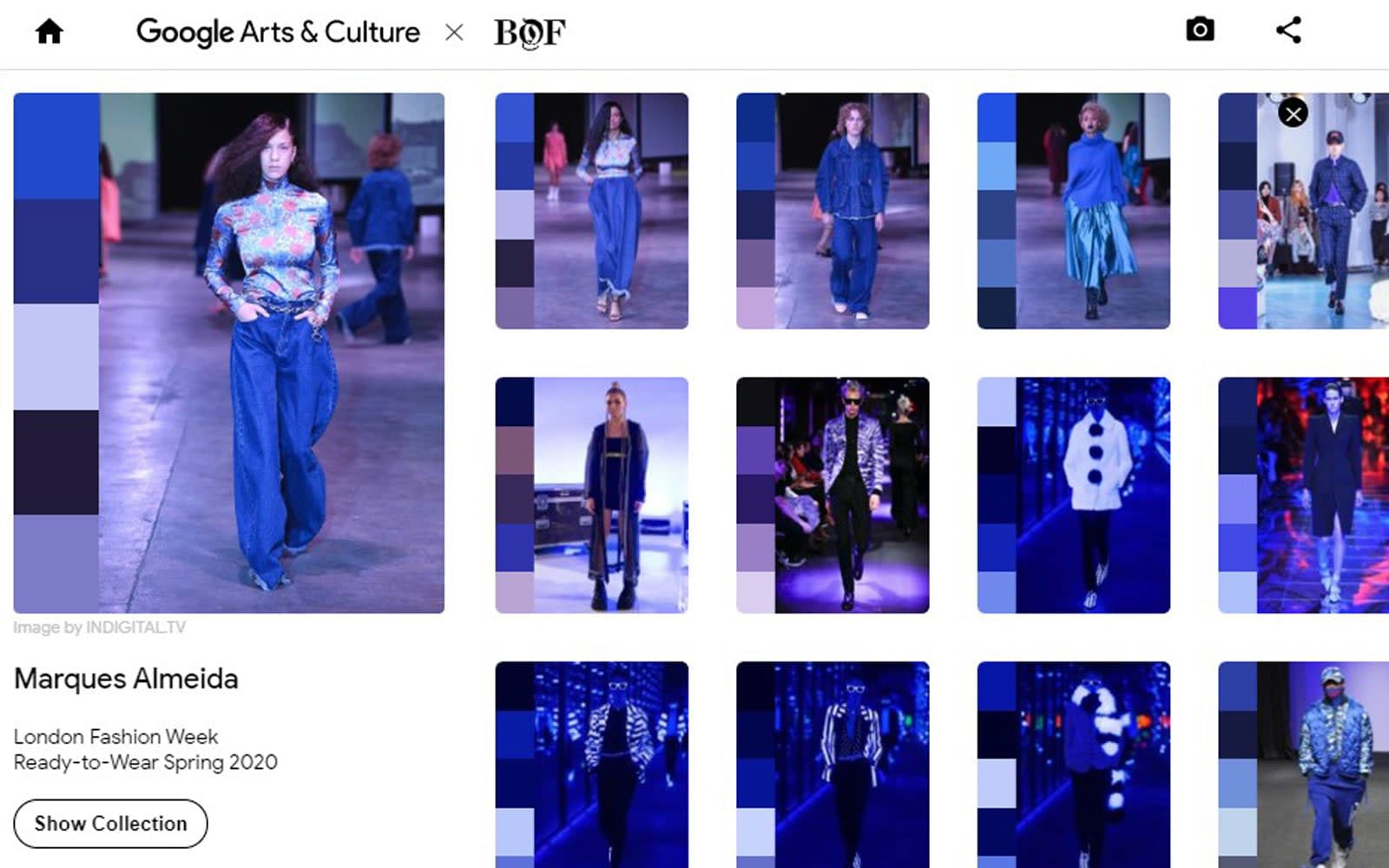 We've seen Google apply its expertise in artificial intelligence in a variety of different fields, including the science of scent. Now the company says it wants to see what AI and machine learning can do when turned to creative fields like fashion and dance. To that end, Google has created two new experimental web apps that you can try through the company's Arts and Culture app -- available on the web, as well as iOS and Android.

The first, Runway Palette, organizes the work of almost 1,000 different fashion designers by color. Google says it worked with a publication called Business of Fashion to create the app. With the help of BoF's photo collection, which includes more than 140,000 photos from some 4,000 fashion shows, Google used a machine-learning algorithm to organize all the photographed outfits by color. You can explore the archive in one of two ways. You can either tap through the very cool interactive visualization tool Google created, or you can photograph a piece of clothing and the app will show you similar looks.

The second experiment is a dance choreography tool called Living Archive. Like Runway Palette, it's essentially an archive, though in this case, it collects almost half a million poses created by famous British choreographer Wayne McGregor. You can use the tool to capture and create your dance routines. According to Google, McGregor's studio used the tool this past July to help with the creative process for a show they premiered at the LA Music Center.

Google isn't the only big tech company to apply artificial intelligence and machine learning to more creative fields like fashion. In September, Facebook detailed an AI tool that can help you decide how to tweak your outfit to make it more stylish. And we'll probably see AI applied to even more creative endeavors in the future.

In this article: ai, art, artificial intelligence, arts and culture app, Culture, design, google, machine learning, Runway Palette, tomorrow
All products recommended by Engadget are selected by our editorial team, independent of our parent company. Some of our stories include affiliate links. If you buy something through one of these links, we may earn an affiliate commission.