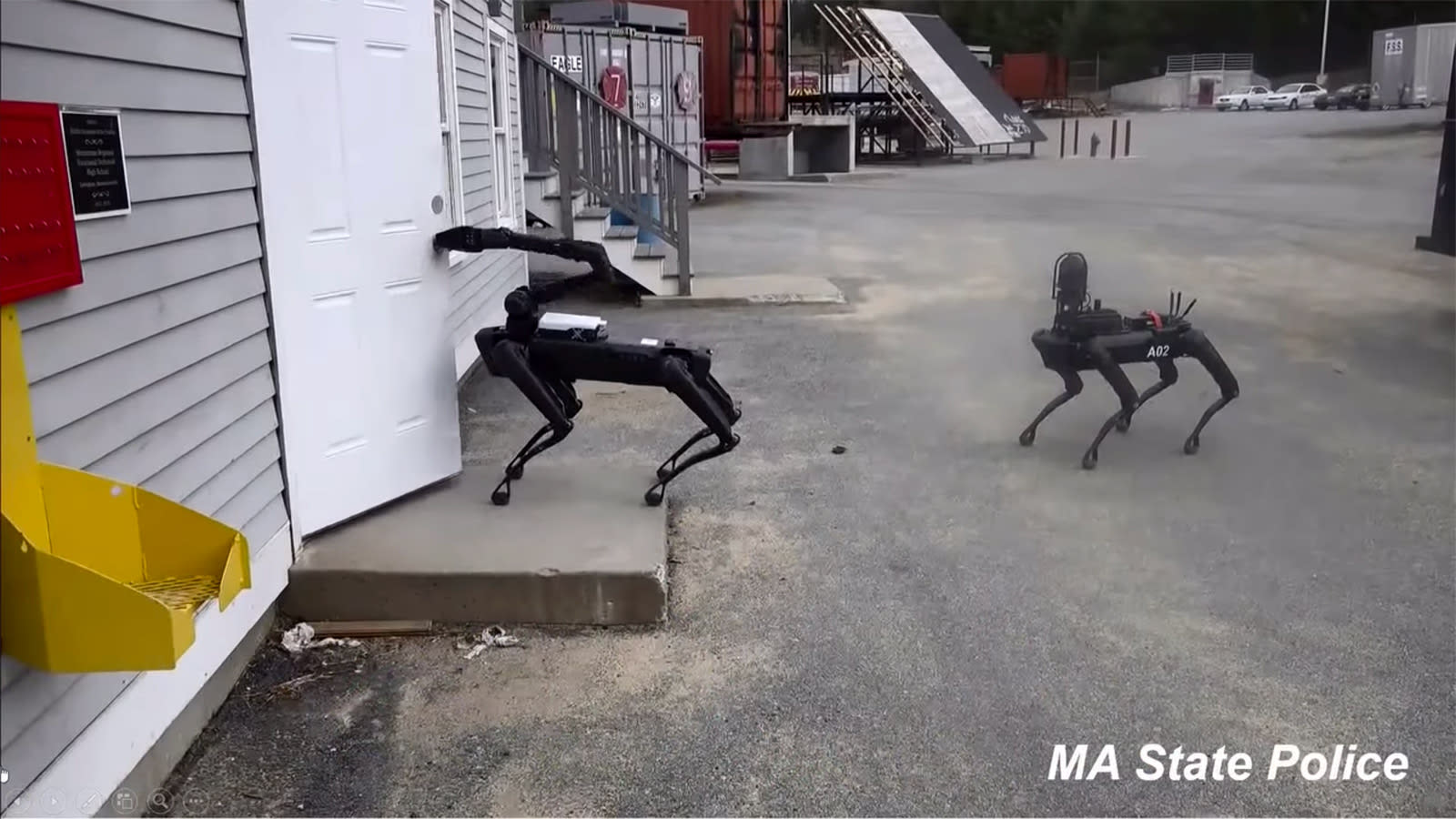 Boston Dynamics has been looking for ways to put its robots to work, but it turns out they've already seen some service. Radio station WBUR and the ACLU have learned that the Massachusetts State Police bomb squad leased Boston Dynamics' Spot robot between August and November. While the document didn't elaborate on the role the bot would serve, a spokesperson said it was used as a "mobile remote observation device" to keep watch over suspicious devices and dangerous locations.

The machine saw use in two real-world incidents in addition to training, the police said. It's not clear how autonomous Spot was, but the police said they didn't customize the robot canine's software or weaponize it. Company chief Marc Raibert showed the Massachusetts State Police using Spot at TechCrunch Sessions: Robotics in April (see below), although it wasn't mentioned that police intended to lease the hardware.

The police likely couldn't have weaponized the bot if they wanted to. In a statement to Gizmodo, Boston Dynamics explained that its license forbids the use of Spot for any task that would "harm or intimidate people." The company's Michael Perry also told WBUR that this peaceful goal is also why it leases robots instead of selling them. This lets Boston Dynamics be picky about customers and pull access if they break the terms of the lease.

This use of robotics appeared to be above-board. However, the ACLU warned that there was a general lack of transparency surrounding the police force's use of robots, including its policies surrounding use. How do they treat warrants, and will they weaponize robots when there isn't leasing agreement that prevents it? Police in Dallas drew controversy when they used a bomb-laden robot to kill a shooter in 2016, and there's a concern that Massachusetts officers could arm bots without telling the public or setting clear rules.

In this article: bomb squad, boston dynamics, gear, law enforcement, police, robot, robots, spot, spotmini, video
All products recommended by Engadget are selected by our editorial team, independent of our parent company. Some of our stories include affiliate links. If you buy something through one of these links, we may earn an affiliate commission.