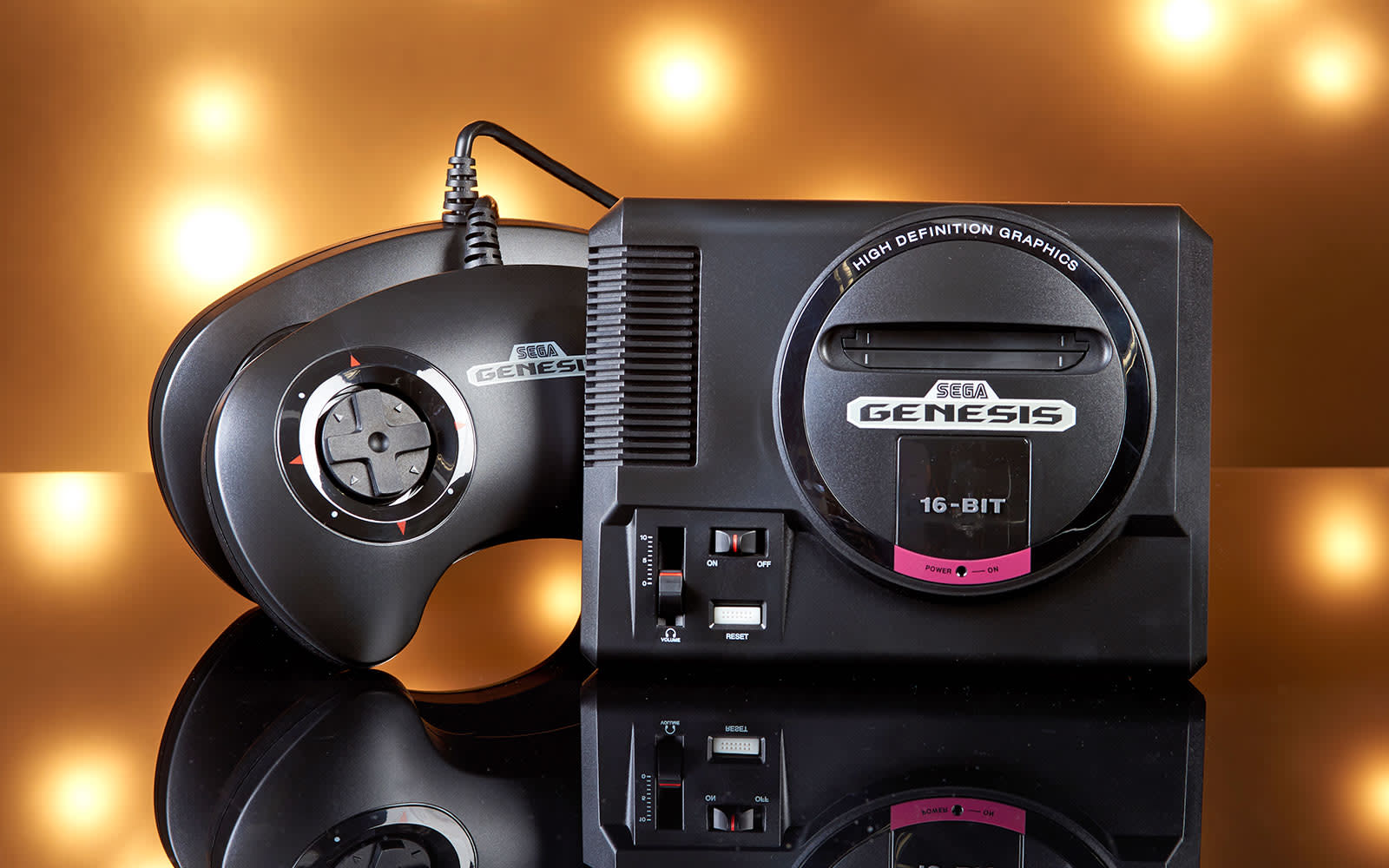 After toying with lackluster miniature versions of its Genesis console, Sega finally hit its stride with the Genesis Mini. The HDMI-equipped emulation device faithfully recreates the 16-bit experience without the laggy or choppy performance of previous efforts, making it a worthy competitor to Nintendo's SNES Classic. The tiny console is currently on sale for $50 -- $30 off its usual price, making it an even more alluring purchase as a holiday gift.

The Genesis Mini was produced by Sega's longtime partner M2, which specializes in painstakingly detailed emulation. And it's not just the software that's impressive; the console itself is a faithful, though miniaturized, recreation of the Model 1 Genesis, complete with a non-functioning volume slider and cartridge slot dust flap. This puts the Genesis Mini in stark contrast to Sega's previous efforts at a throwback units which were poorly constructed.

While not every game featured on the Genesis Mini is a hit, there are plenty of games to sink your teeth into. Classics like Sonic the Hedgehog 2 and Gunstar Heroes will transport you back to the early '90s, while rarities like Contra Hard Corps and Monster World IV could be new experiences even for gamers well-versed in the 16-bit library.

You can grab the Sega Genesis Mini for $50 at Amazon, as well as other electronics retailers. If have a decent collection of cartridges, you may want to consider the Analogue Mega SG, a full-sized Genesis clone which uses hardware emulation via FPGA to create a native HD experience.

In this article: 16-bit, analogue mega sg, av, blackfriday2019, engadgetdeals, entertainment, gadgetry, gadgets, games, gaming, gear, hgg2019, m2, mini console, sega, sega genesis, Sega Genesis Mini, Sonic, sonic the hedgehog, thebuyersguide
All products recommended by Engadget are selected by our editorial team, independent of our parent company. Some of our stories include affiliate links. If you buy something through one of these links, we may earn an affiliate commission.