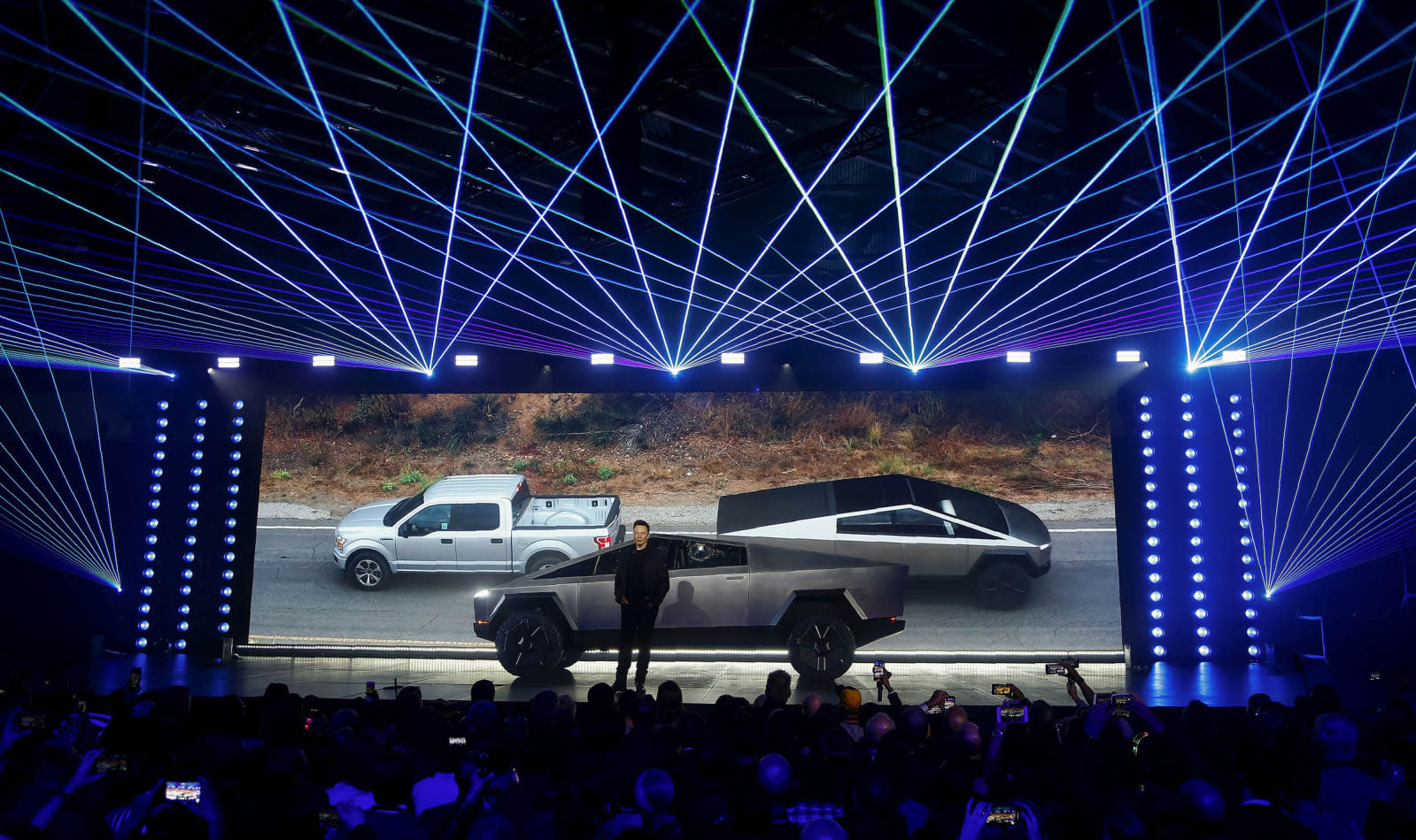 Elon Musk isn't about to get a public duel between Tesla's Cybertruck and the Ford F-150 -- not officially, anyway. While Ford's venture incubator VP Sundeep Madra suggested he'd like an "apples to apples" test of the two pickups, a spokesperson told TechCrunch the exec's tweet was only a "tongue in cheek" remark pointing out the "absurdity" of a clip showing the Cybertruck winning a tug-of-war with the F-150. Effectively, Ford felt it had nothing to prove. "We've always focused on serving our truck customers regardless of what others say or do," the spokesperson said.

Ford added that it was going to have electrified trucks regardless, including a hybrid F-150 in 2020 and a fully electric F-150 in "a few years."

There might not be a clear-cut winner if there is a duel, official or otherwise (Musk hinted at one next week). As astrophysicist Neil deGrasse Tyson pointed out, the Cybertruck won Tesla's pre-recorded battle because its inherently heavy design made the most of the EV's high torque. The F-150, meanwhile, had relatively little weight over its rear wheel drive system and thus didn't have the traction needed to fight back. Fully loading both would still favor the Cybertruck, but there could be situations where Ford's truck emerged victorious.

We all love Torque. But high Torque just spins a tire in place if there's not enough weight to provide traction. Fully load the F150, giving highest traction to its rear wheels, then try to drag that up the hill. I otherwise agree: Load both to the max and the highest torque wins

In this article: cybertruck, electric car, electric truck, electric vehicle, ev, f-150, ford, gear, green, pickup, pickup truck, tesla, transportation, truck
All products recommended by Engadget are selected by our editorial team, independent of our parent company. Some of our stories include affiliate links. If you buy something through one of these links, we may earn an affiliate commission.