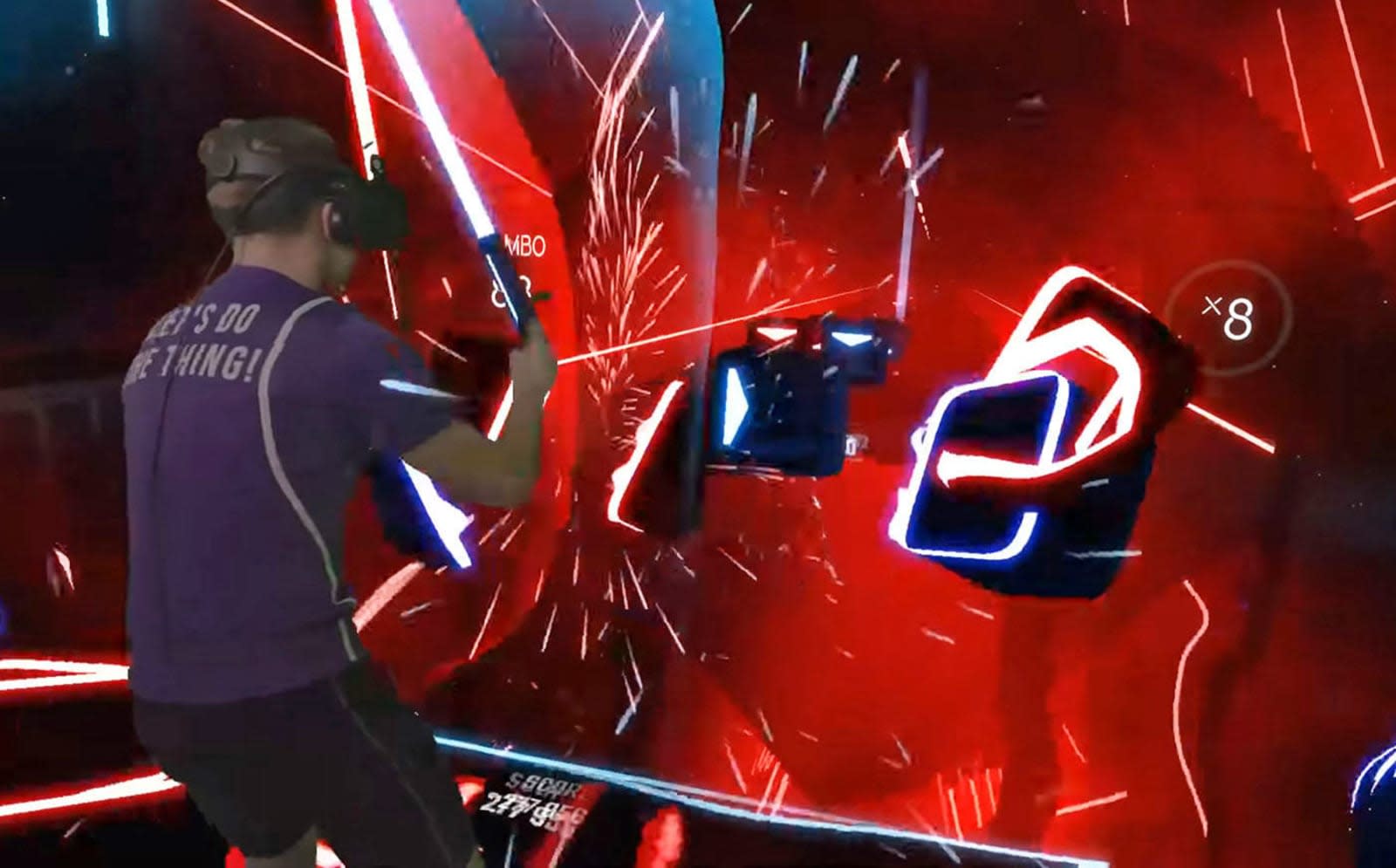 Facebook has bought Beat Saber developer Beat Games. It'll continue operating as an independently operated studio in Prague only it'll be under the umbrella of Oculus Studios.

We're excited to announce we're joining @oculus Studios as an independently operated studio in Prague! This is a big step for us and we can't wait to push VR even further together! https://t.co/WzWLjtnN7g

Beat Games will "continue to ship content and updates for Beat Saber at the same time across all currently supported platforms," Oculus director of content Mike Verdu wrote in a blog post. The long-awaited 360-degree mode is still scheduled to debut next month, and more tunes are on the way to the hit virtual reality rhythm game before the year's out.

Things are a little murkier when it comes to future games though. The blog post didn't spell out whether potential sequels will be available outside of the Oculus platform. As for Beat Saber's modding scene, Verdu noted Facebook and Oculus still plan to support mods, but those including pirated content might not fly:

"We understand and appreciate the value that modding brings to Beat Saber when done so legally and within our policies. We're going to do our best to preserve the value that mods bring to the Beat Saber player base. As a reminder, our most recent policy updates give more clarity to how developer mode is intended to be used, such as helping developers build their apps or for enthusiasts to explore new concepts. It is not intended for engaging in piracy or illicit modding, including mods that infringe on third-party IP rights or contain malicious code."

In this article: beat games, beat saber, beatgames, beatsaber, business, facebook, gaming, oculus, oculus studios, oculusstudios, virtual reality, virtualreality, vr
All products recommended by Engadget are selected by our editorial team, independent of our parent company. Some of our stories include affiliate links. If you buy something through one of these links, we may earn an affiliate commission.