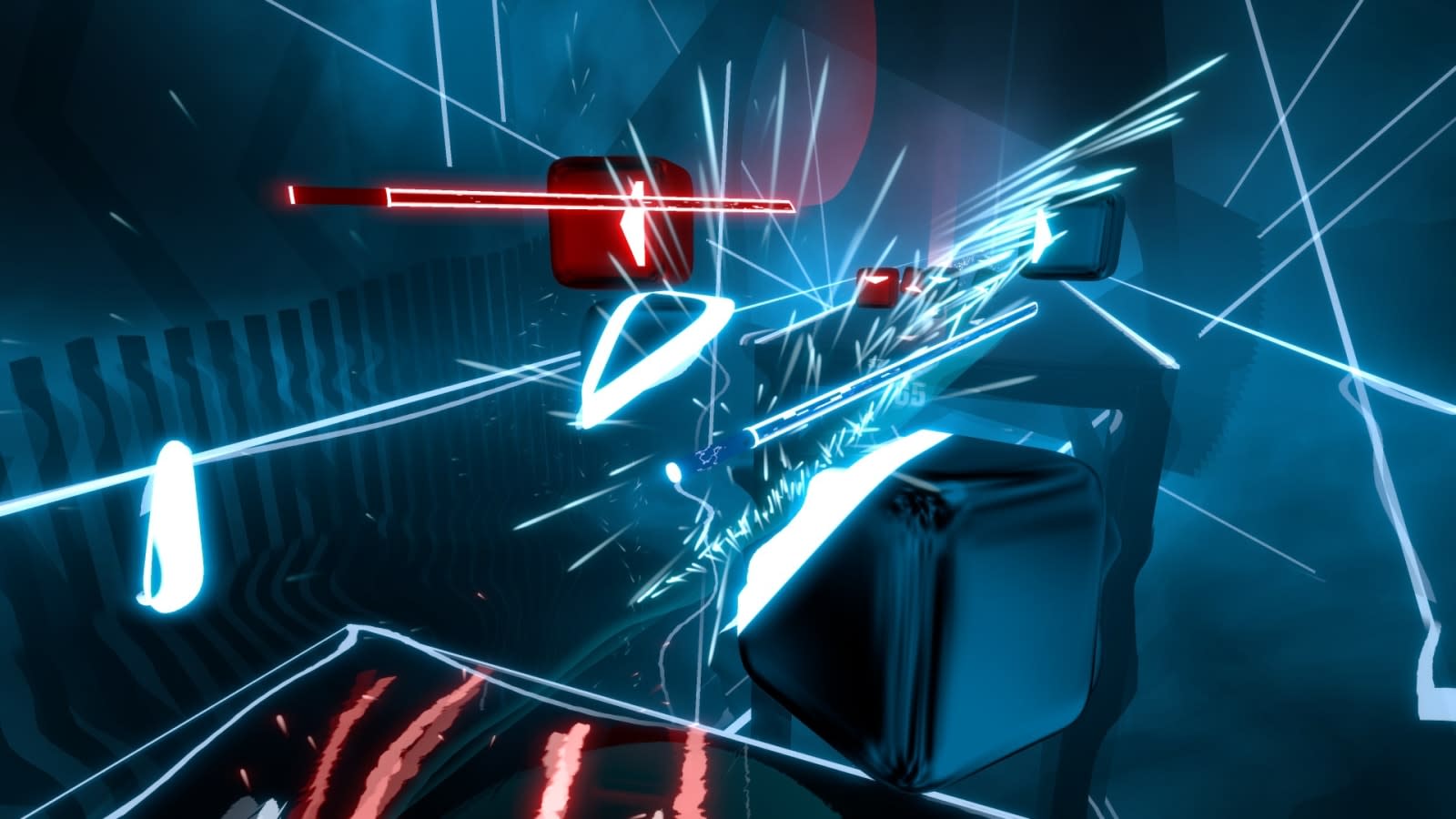 When Beat Saber became available for the Oculus Quest on Day 1, it also left early access and entered stable release. For some of you, that might not mean anything at all: Its creator, Beat Games, says it's just a formality and that it released the full version for the PlayStation VR months ago with all the features it wanted in the first place. The full release makes the game identical across platforms, though, unifying all the versions for Steam, the Oculus Store and the PS VR. In fact, version 1.0 has just rolled out for the Steam platform.

In addition to announcing the stable release, Beat Games also rolled out Level Editor at the same time, giving you a way to map levels using your own audio tracks. The bad news is that it won't be available for the PS VR and the Oculus Quest. All the versions come with more realistic lighting, improved environments and other optimizations, though. Beat Games will also release new free levels and more downloadable Music Packs this year.

In this article: beat saber, gadgetry, gadgets, gaming, oculus, stable release, virtual reality
All products recommended by Engadget are selected by our editorial team, independent of our parent company. Some of our stories include affiliate links. If you buy something through one of these links, we may earn an affiliate commission.