Before we take a quick Thanksgiving break (yes, The Morning After will return for Black Friday) it's time for an extremely normal newsletter filled with Star Wars cookware, VR-equipped cows and auto execs feeding their egos. 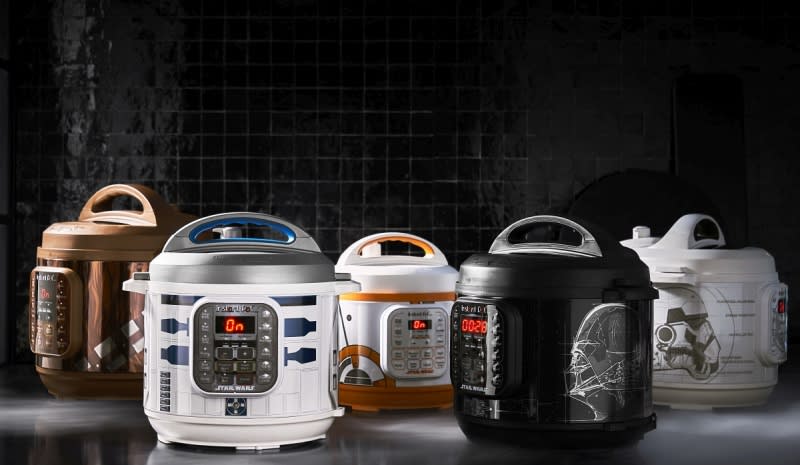 Once you've stocked up on Han Solo Carbonite Le Creuset cooking ware, it's time for a themed Instant Pot. The perfect overlap of holiday shopping and aggressive Disney marketing. You can get the BB-8-styled Duo Mini 3QT for $79.95, while a $99.95 six-quart version comes in three different paint jobs: Darth Vader, R2-D2 or Storm Trooper. The Star Wars Instant Pot Duo 8QT is the largest one, with a Chewbacca look, and it costs $119.95. Or you can get a standard, boring one for close to half the price in Black Friday sales.

The battle will have to wait.Ford will pass on a tug-of-war with Tesla's Cybertruck 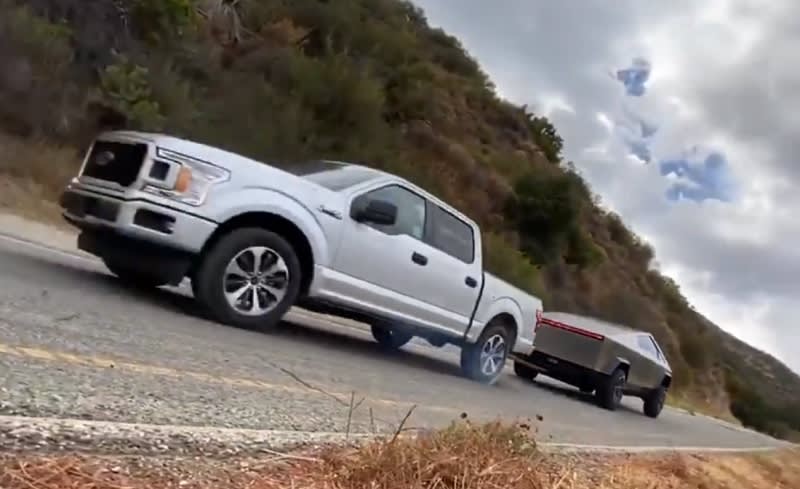 After Elon Musk exchanged words with Ford exec Sundeep Madra over an F-150 vs. Cybertruck rematch, a Ford spokesperson told TechCrunch "Sunny's tweet was tongue in cheek to point out the absurdity of Tesla's video, nothing more." While the car company has hybrid and full-electric versions of its truck in the works, for now at least, it's not trying to correct the record against Tesla's prototype truck.

Maybe they're happier in virtual fields?Yes, these Russian cows are wearing VR headsets 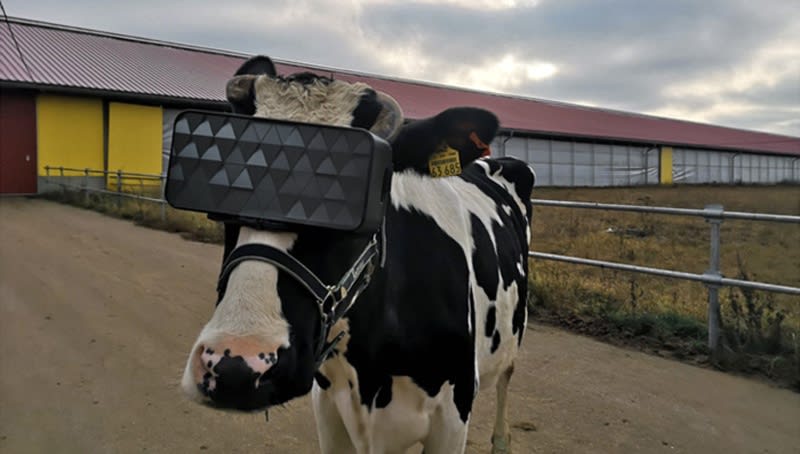 Moscow-area farmers have strapped modified VR headsets to cows to see if it improved their mood -- and, of course, their milk production. The project simulated a summer field with colors tuned for the animals' eyes, giving them a decidedly more pleasing landscape than a plain, confining farm and grey weather. The headsets were even adapted to the "structural features" of cows' heads so they could see properly.

It appears to have worked, at least on a basic level. The first test apparently reduced the cows' anxiety and boosted their overall sentiment -- though I wonder how they tested that. While it's not certain how well this affects the quality or volume of milk, there are plans for a more "comprehensive" study to answer that question.

Osé offers 'blended orgasms' and is available for pre-order now.The controversial sex toy that shook up CES 2019 is finally ready 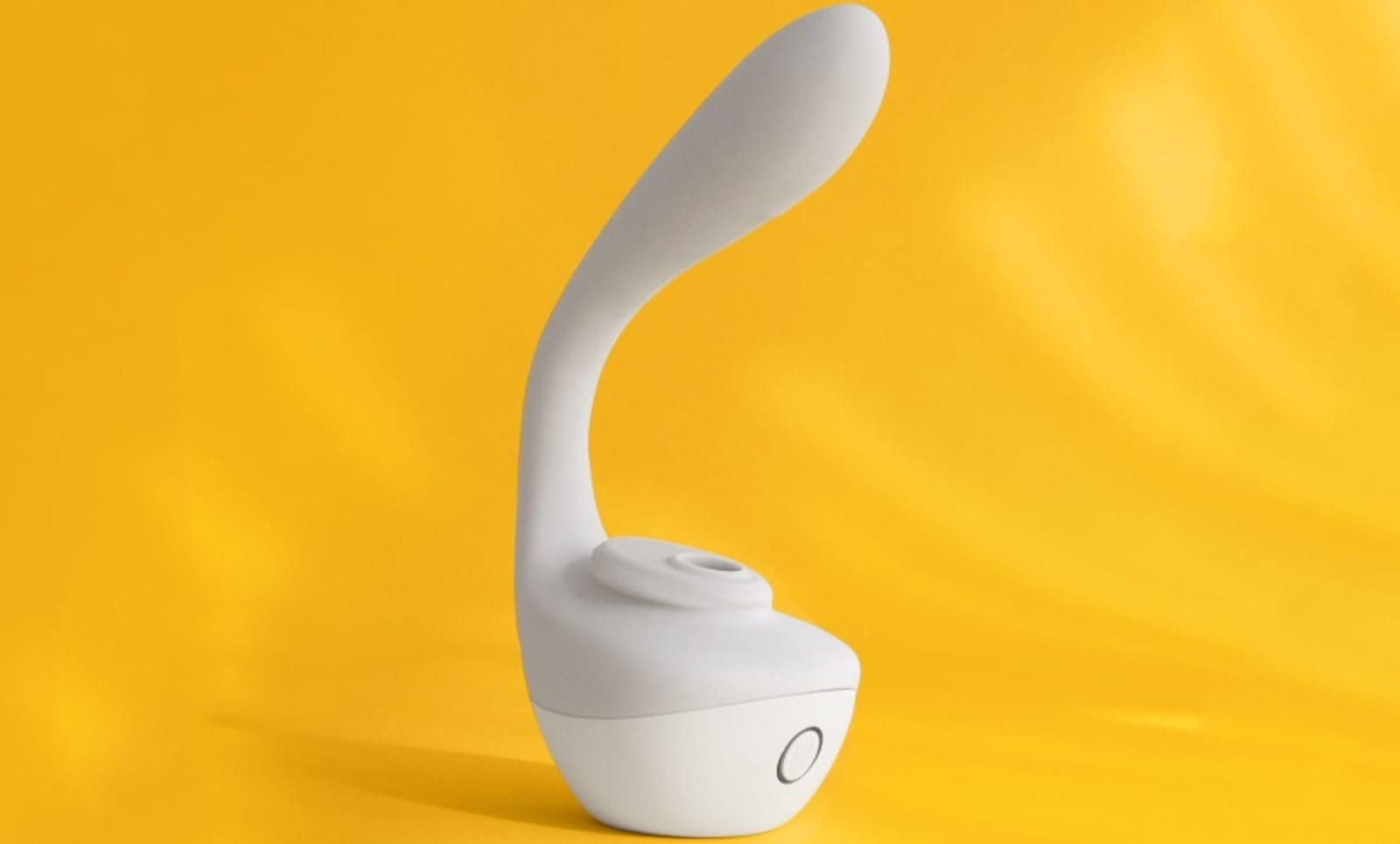 Osé is the sex toy that received a CES Innovation Award, lost it and then won it back again. The device sparked a debate about gender bias in the tech industry and what can and cannot be exhibited at the world's biggest tech trade show. Now, a year removed from making headlines across the world, the device is finally available for pre-order.

CES 2020 will allow sextech companies to exhibit their "tech-based sexual products" so long as they can demonstrate the products are innovative and "include new or emerging tech." It will also partner with Female Quotient to launch a space at the show to "advance gender equality." The body has also outlined a new dress code designed to dissuade "sexually revealing" clothing to hopefully cut down on the appearances of booth babes.

Pre-orders for Osé begin today for people signed up to the creator's mailing list, with orders opening to the general public on December 2nd. It'll cost $290 and is expected to begin shipping in four to six weeks, which is likely the middle of January.

Mods that include pirated content could be on the way out.Facebook buys 'Beat Saber' creator Beat Games 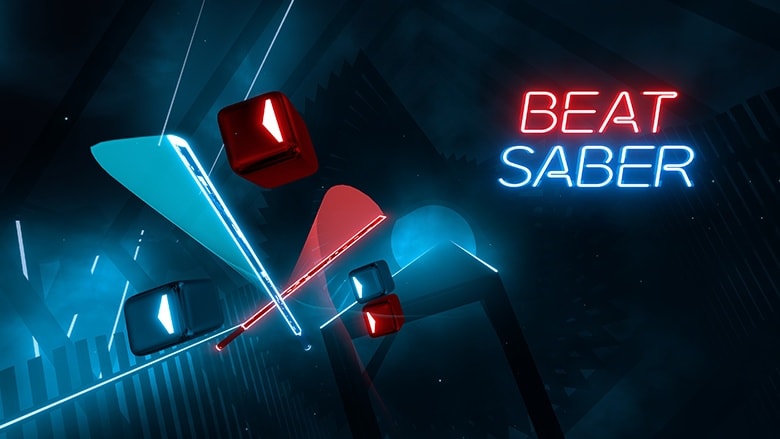 Last week, we learned that Valve is about to release a Half-Life game on Steam VR platforms, and now Facebook's Oculus unit has purchased the makers of popular VR game Beat Saber. For now, Beat Games is saying it will continue to support the game on all platforms, but we'll be watching to see if their next title is an Oculus-exclusive experience.

In this article: av, entertainment, gadgetry, gadgets, gear, home, mobile, robots, services, sex, themorningafter, transportation
All products recommended by Engadget are selected by our editorial team, independent of our parent company. Some of our stories include affiliate links. If you buy something through one of these links, we may earn an affiliate commission.