The Osé blended-orgasm machine sounds like a microrobotic marvel

We couldn't exactly go hands-on with it at CES, though.

Lora Dicarlo technical director Lola Vars won't disclose the precise mechanics powering the Osé pleasure wand (that's how trade secrets work, after all), except to say that it uses microrobotics, air flow, thumping and "come hither" motions in the place of harsh vibrations. The Osé is the first hands-free device designed to draw out blended orgasms, those that stimulate the G-spot as well as the clitoris. It's a sleek, matte black device with a bulb on one end that stays outside the body, on the clitoris, while the massager strokes the G-spot internally.

The Osé approaches female pleasure holistically and with an up-to-date understanding of anatomy -- the clitoris covers a larger area than traditionally thought, Vars said, forming a triangle with her hands. "Basically the G-spot is essentially the clitoris being stimulated internally, and our device seeks to stimulate the G-spot and the clitoris at the same time, while also being hands-free," she said.

In developing the Osé, creator Lora Haddock collected feedback from roughly 200 women, including having them measure the distance between their G-spot and clitoris to create the ideally sized device. The Osé stands out for its hands-free, blended-orgasm, microrobotic approach to female pleasure, but also for its sleek design. The innovative look and mechanics are even more impressive considering Osé is the first product out of Lora Dicarlo, a small company that's just 1-and-a-half years old. The Osé is due to hit the market in Q3 2019. 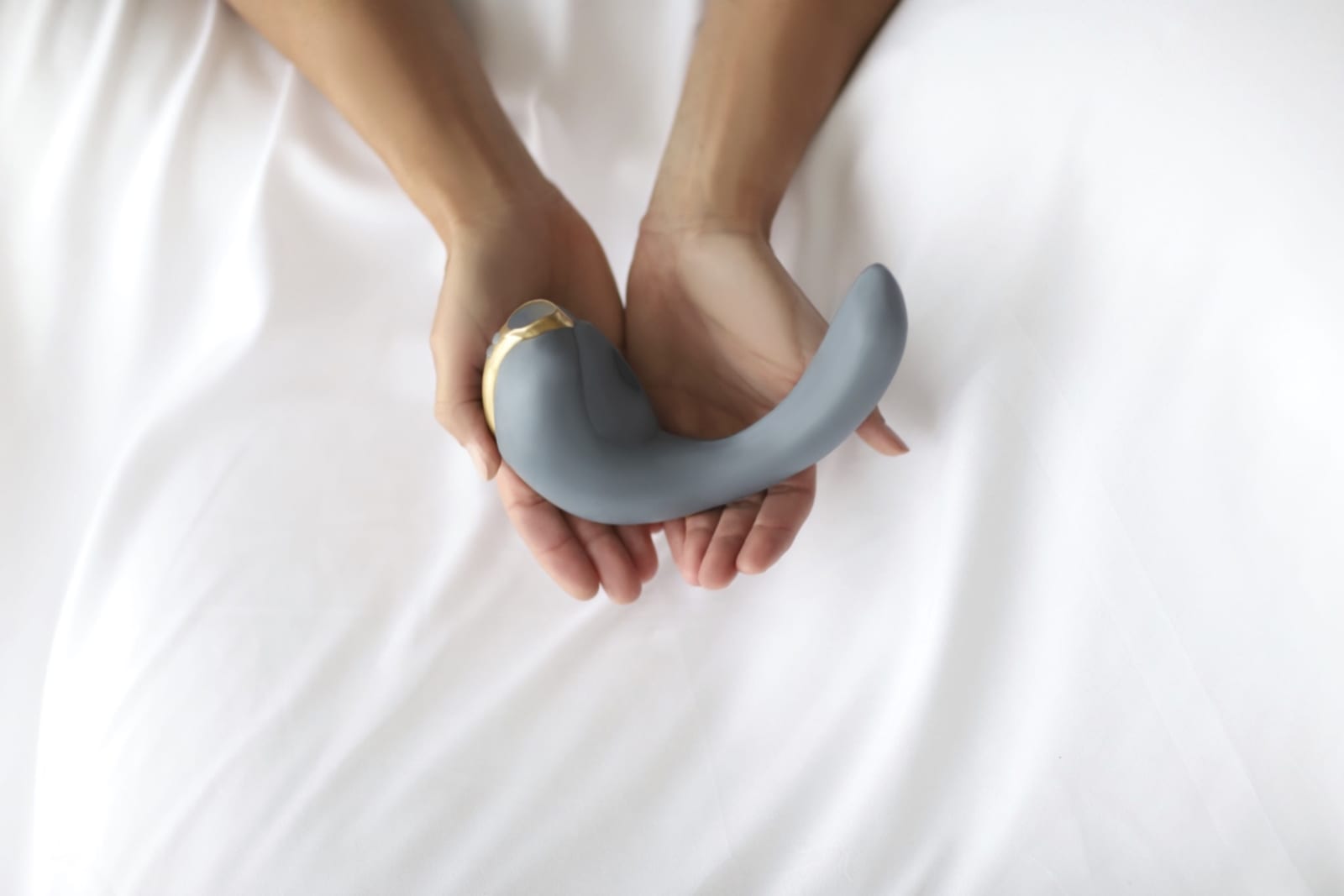 The device exists in its current form thanks to rapid prototyping, or the use of 3D printing. Vars said Lora Dicarlo has an integrated, vertical production line -- all that's needed to create a new product is her CAD program, a 3D printer and Vars herself, who holds a doctorate in design-focused mechanical engineering. The entire in-house production process takes place in a single 150 sqft room in the company's co-working space.

"We utilize very, very, very high-tech facilities to create a situation where we can innovate at a pace that is far greater than the sum of our parts," Vars said. The company streamlines its production process even further by using specialty materials throughout the iteration cycle, mainly from the long-standing 3D-printing company Stratasys. "And that is huge," she continued. "We have the ability to target engineering properties in our prototyping materials so that once we move into production, we don't even have to guess what we're looking for anymore because we've already achieved it in many ways."

For obvious reasons, we weren't able to test the Osé at CES, but if it works as smoothly as developers promise -- "it mimics all of the sensations of a human mouth, tongue, and fingers, for an experience that feels just like a real partner," according to the website -- it could quickly become plenty of people's new best friend.