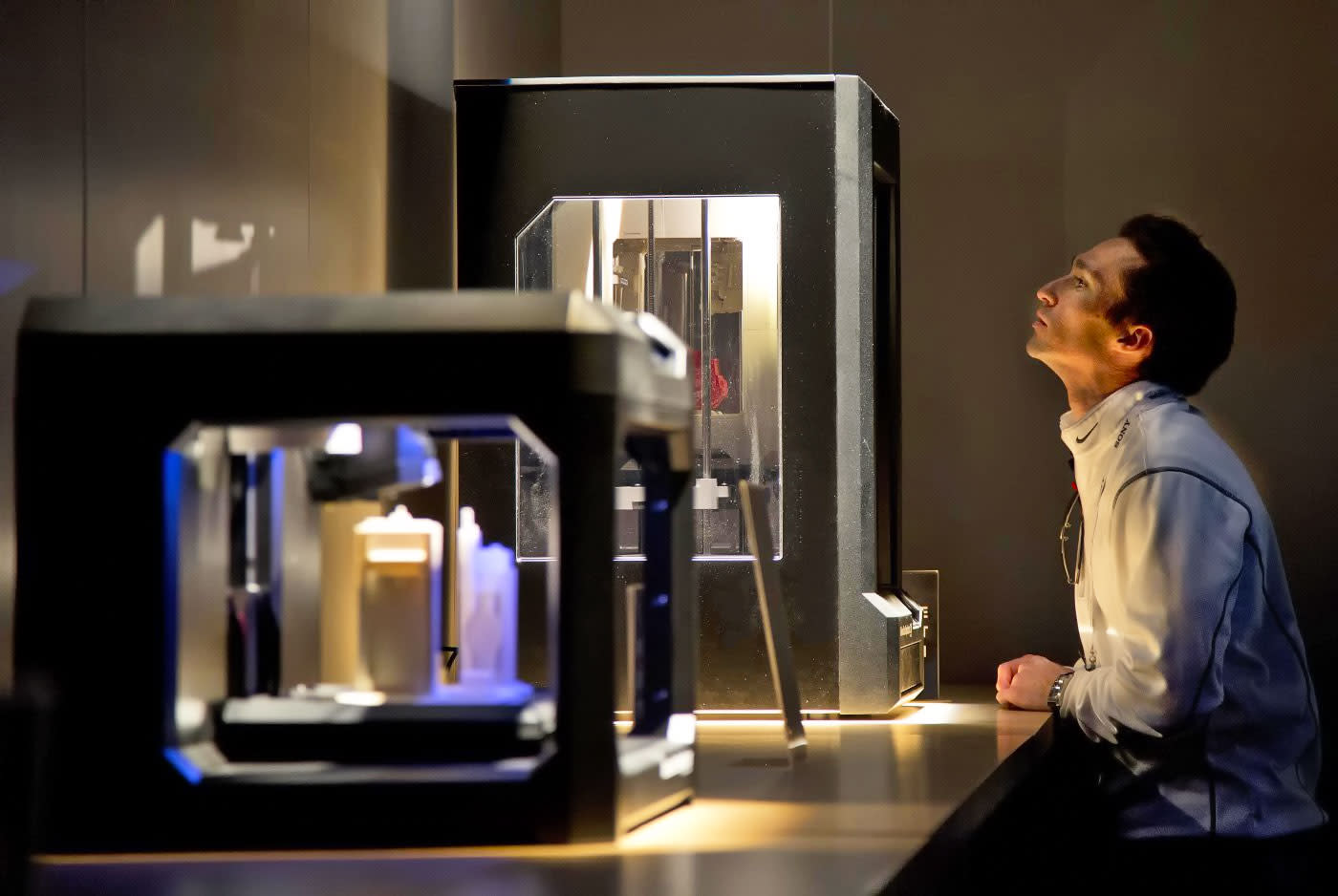 For the fourth time in less than two years, 3D printer manufacturer MakerBot is laying off workers, this time cutting 30 percent of its staff. It also announced plans to shift its focus to professional and educational 3D printing, presumably leaving consumer markets behind. "We have to make additional changes to lower costs and to support our long-term goals," CEO Nadav Goshen wrote. "We must reduce the pressure and distraction of chasing short-term market trends."

MakerBot was purchased by additive manufacturing firm Stratasys in 2013 for $403 million, but it continues to run as an independent entity. However, last year, the company closed a 175,000 square foot Brooklyn factory less than a year after it opened. It has also struggled with quality problems on its fifth-gen and other products. Its latest Replicator+ and Mini+, now made by third-party manufacturer Jabil, has generally been met with good reviews, though, as Goshen pointed out.

Highly touted just a few years ago, desktop 3D printers remain a tiny market. Decent models are still too pricey for consumers, and the technology has failed to advance much -- you're still printing smallish, often rough-looking objects out of fairly cheap plastic. While the desktop market did grow a bit last year, only 278,000 desktop 3D printers were sold in 2015. However, a lot of those were probably purchased by manufacturers (for prototyping) and educators, and those are the markets that Makerbot is now focusing on.

After all the layoffs, Markerbot likely has less than a 100 employees, as Techcrunch surmises. The company didn't say which departments were pared back, but promised severance pay and employment services for those who lost their jobs.

In this article: 3DPrinters, business, Education, gadgetry, gadgets, gear, Layoffs, Makerbot, Stratasys
All products recommended by Engadget are selected by our editorial team, independent of our parent company. Some of our stories include affiliate links. If you buy something through one of these links, we may earn an affiliate commission.