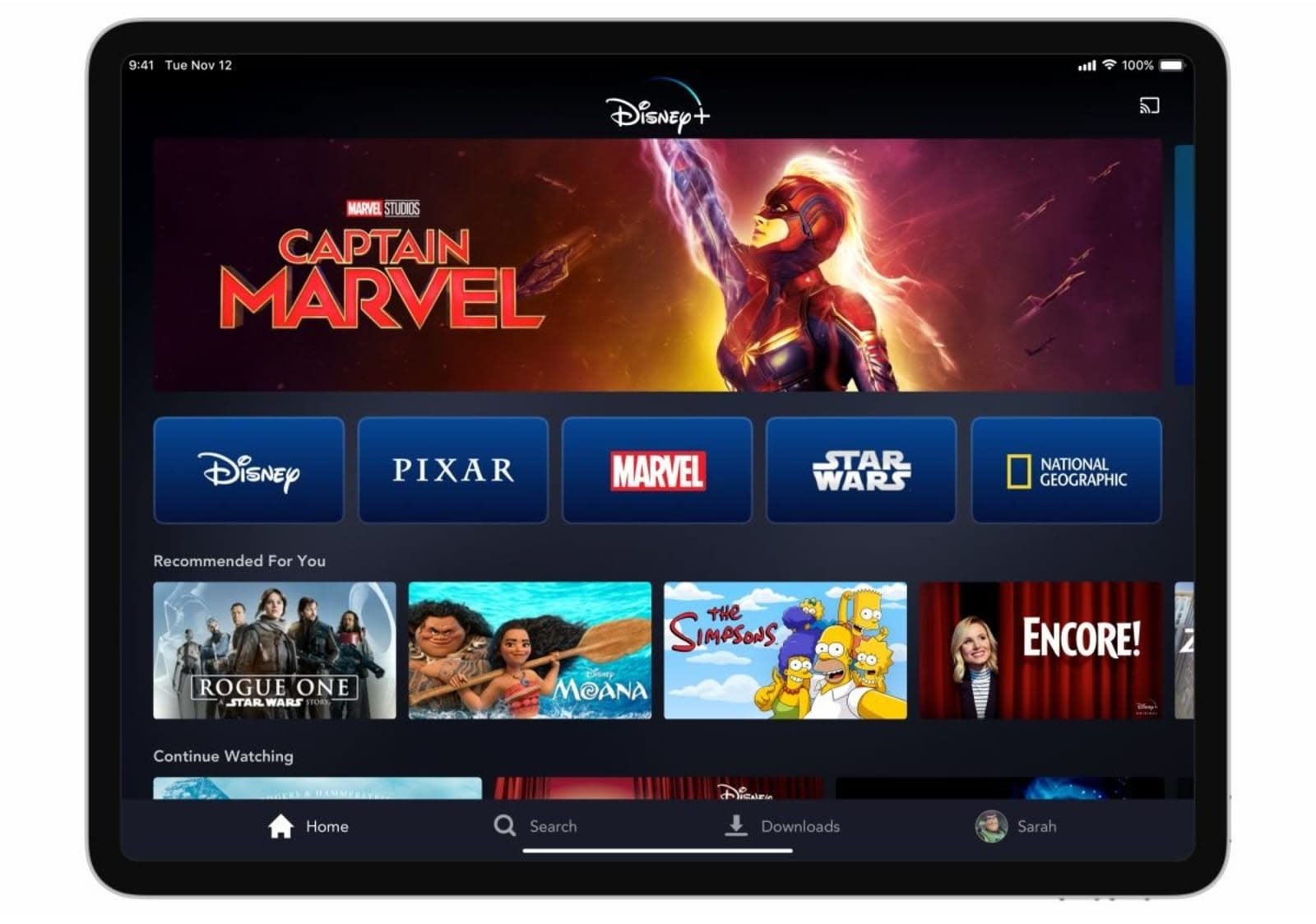 If you're on the fence about whether to get a Disney+ subscription with access to all the Star Wars movies, Marvel's Cinematic Universe, The Mandalorian and a lot more, now might be the time. A one year Disney+ subscription is now available for $59.99 on Cyber Monday for one day only, or $5 per month. That's $10 off the normal $69.99 price.

On top of recent Disney and Marvel content, you'll get access to National Geographic and Pixar shows, along with Disney's extensive vault of cartoons, nature programming, documentaries and more. The $59.99 yearly price includes 4K and Dolby Vision HDR (despite reports of poor HDR implementation on some shows). By contrast, you'll pay $16 per month to get 4K and HDR on Netflix.

So far, Disney+ has nearly 500 films and 7,500 episodes for viewing, though you won't get Netflix's diversity of content. That's exactly why today might be a good day to get it at a discount -- by the time your one-year subscription is up, Disney will no have no doubt greatly expanded its programming. The $59.99 offer expires at 11:59PM ET on Monday, December 2nd.

In this article: av, bundle, cybermonday2019, disneyplus, engadgetdeals, entertainment, hgg2019, thebuyersguide
All products recommended by Engadget are selected by our editorial team, independent of our parent company. Some of our stories include affiliate links. If you buy something through one of these links, we may earn an affiliate commission.