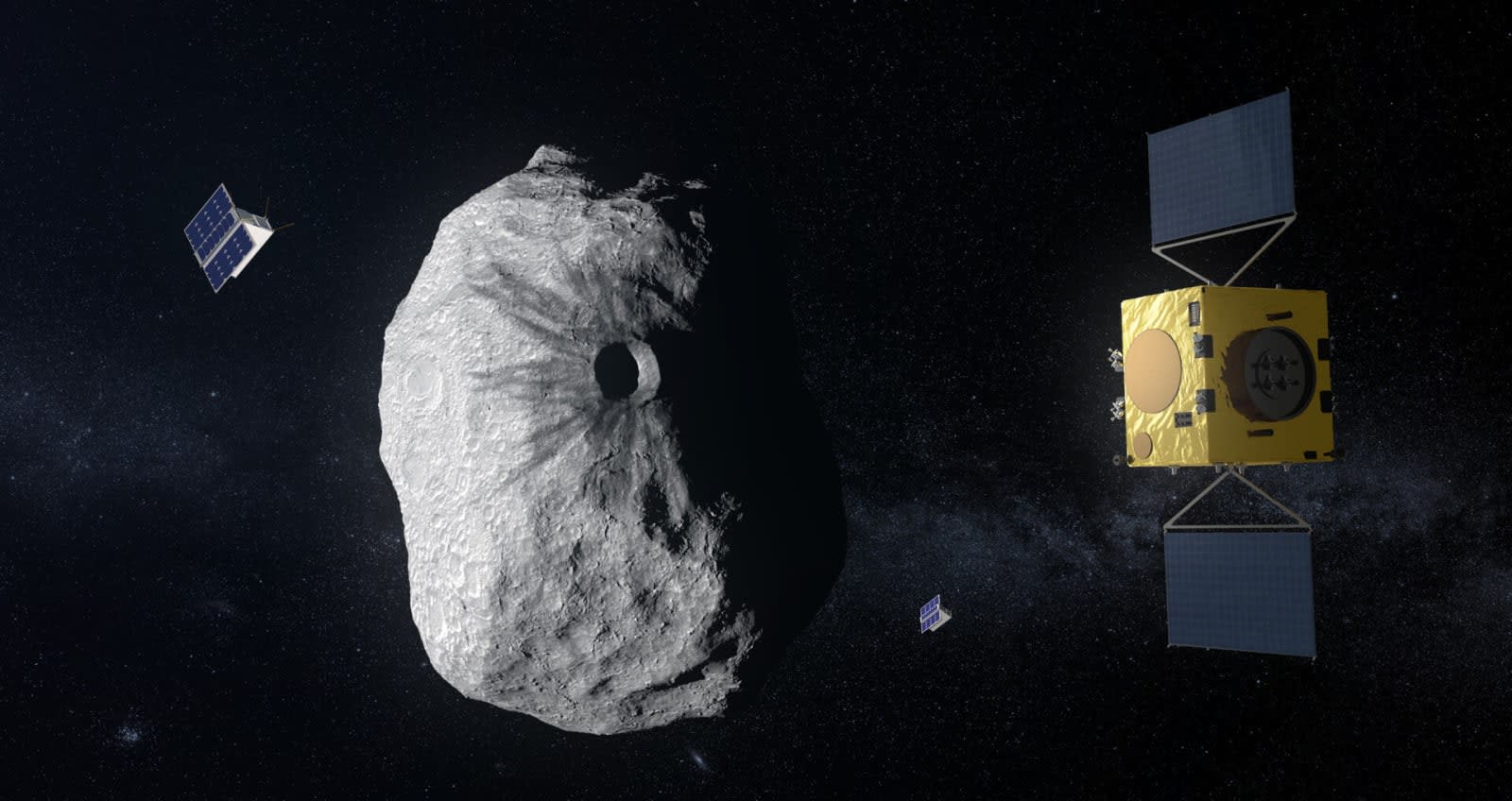 European ministers in charge of the ESA space agency have approved Hera, a mission that will test whether deflection could save humanity from a rogue asteroid. During the $320 million mission, ESA and partner NASA will send a pair of spacecraft to a double-asteroid system called Didymos. NASA will first crash its DART probe into the smaller asteroid (Didymoon) at a speed of around 13,320 MPH, with the event recorded by an Italian cubesat called LICIACube. Hera will arrive later to map the impact crater and measure the asteroid's mass.

Hera will carry two CubeSats that can fly extremely close to the asteroid's surface before touching down. Those briefcase-sized spacecraft will act like drones, capturing vital data about the impact crater and giving scientists data including the mass of the asteroid that will help them deduce its composition. The aim, ESA said, is to "turn asteroid deflection into a well-understood planetary defense technique."

Since Didymoon orbits its larger companion, scientists should be able to measure DART's effect on its trajectory, even if it's very small. The smaller asteroid is the size of the Great Pyramid, so it could destroy an entire city if it impacted Earth. However, it's a pretty tricky mission, because both asteroids are still relatively small and no spacecraft has ever flown to such tiny space bodies before.

While an asteroid collision is a pretty unlikely event, it's actually preventable, unlike an earthquake or volcanic explosion. "We really need to follow carefully [around 2,000 near-Earth objects] so as not to join the collection of wonderful dinosaurs here in Berlin," Max Planck Institute researcher Holger Sierks told Space.com earlier this month.

In this article: anti-Asteroid, asteroid, asteroid deflection, DART, ESA, EuropeanSpaceAgency, Hera, planetary defense, space, tomorrow, gear
All products recommended by Engadget are selected by our editorial team, independent of our parent company. Some of our stories include affiliate links. If you buy something through one of these links, we may earn an affiliate commission.