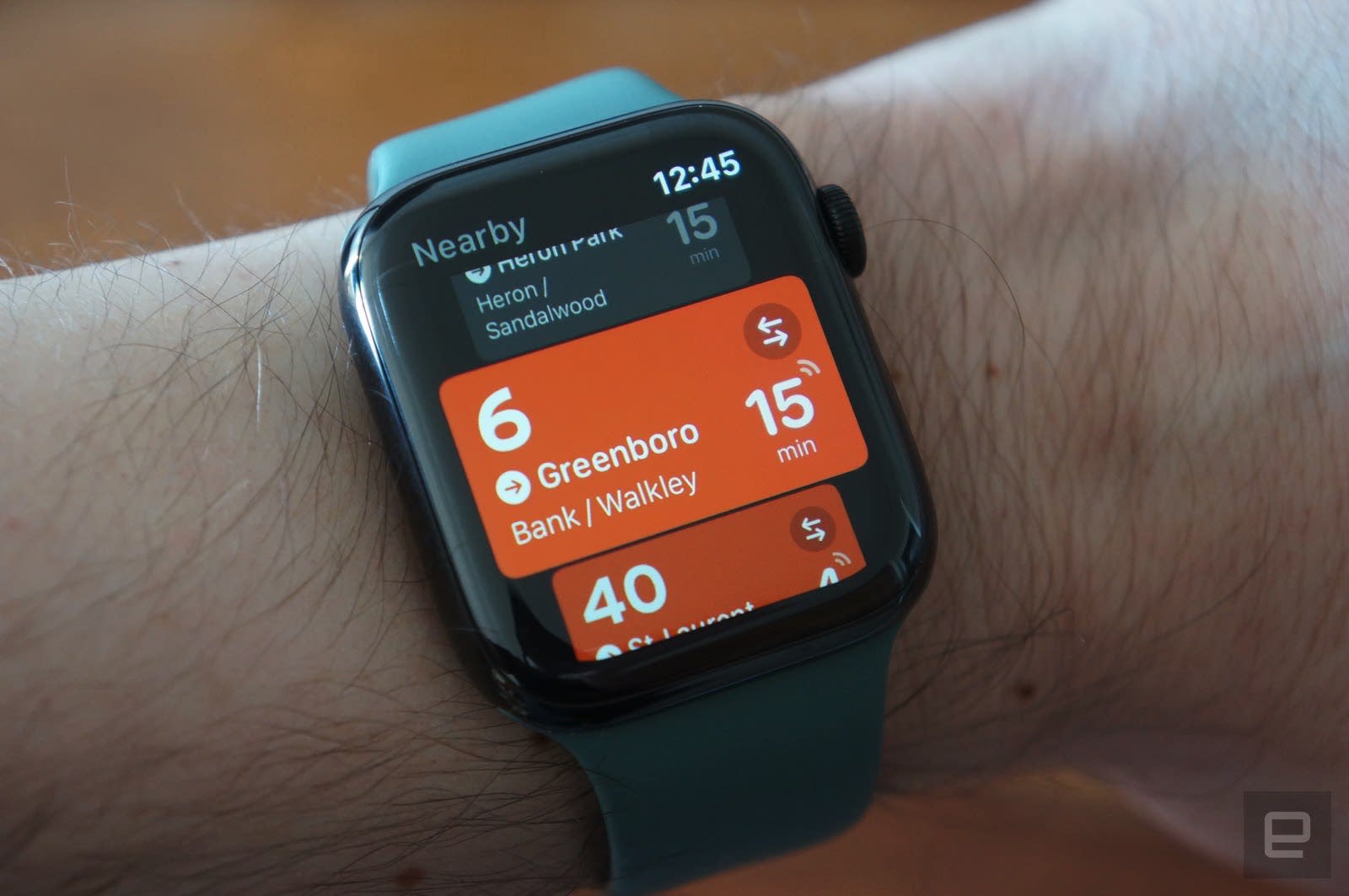 More than a few well-known developers pulled their Apple Watch apps in the past couple of years due to technical obstacles or just a lack of interest, but one of those apps has come roaring back. As promised back in September, Transit has re-launched its Apple Watch app after a nearly two-year break -- and with significant improvements, to boot. The popular public transportation tool is now a native app, of course, but it also gives you considerably more detail than just arrival times, including future arrivals and a map indicating where to go. This isn't the only app that can help you take mass transit, but it could be vital if you're racing to catch a can't-miss bus or train.

There are still plenty of features that will require pulling out your iPhone, including directions and Uber hailing. You can use Apple Maps and other navigation apps for that, though, and this arguably makes the Apple Watch considerably more useful for commuters who don't drive.

Transit doesn't necessarily herald a resurgence of Apple Watch apps. Many early apps disappeared in part because they weren't very useful. Do you really need to check your Instagram feed on your wrist? It does represent renewed confidence, though, and it shows just how much the Apple Watch has matured as a platform in the four years since its arrival.

In this article: app, apple watch, gear, ios, mass transit, mobile, public transportation, smartwatch, transit, watchos, wearables
All products recommended by Engadget are selected by our editorial team, independent of our parent company. Some of our stories include affiliate links. If you buy something through one of these links, we may earn an affiliate commission.