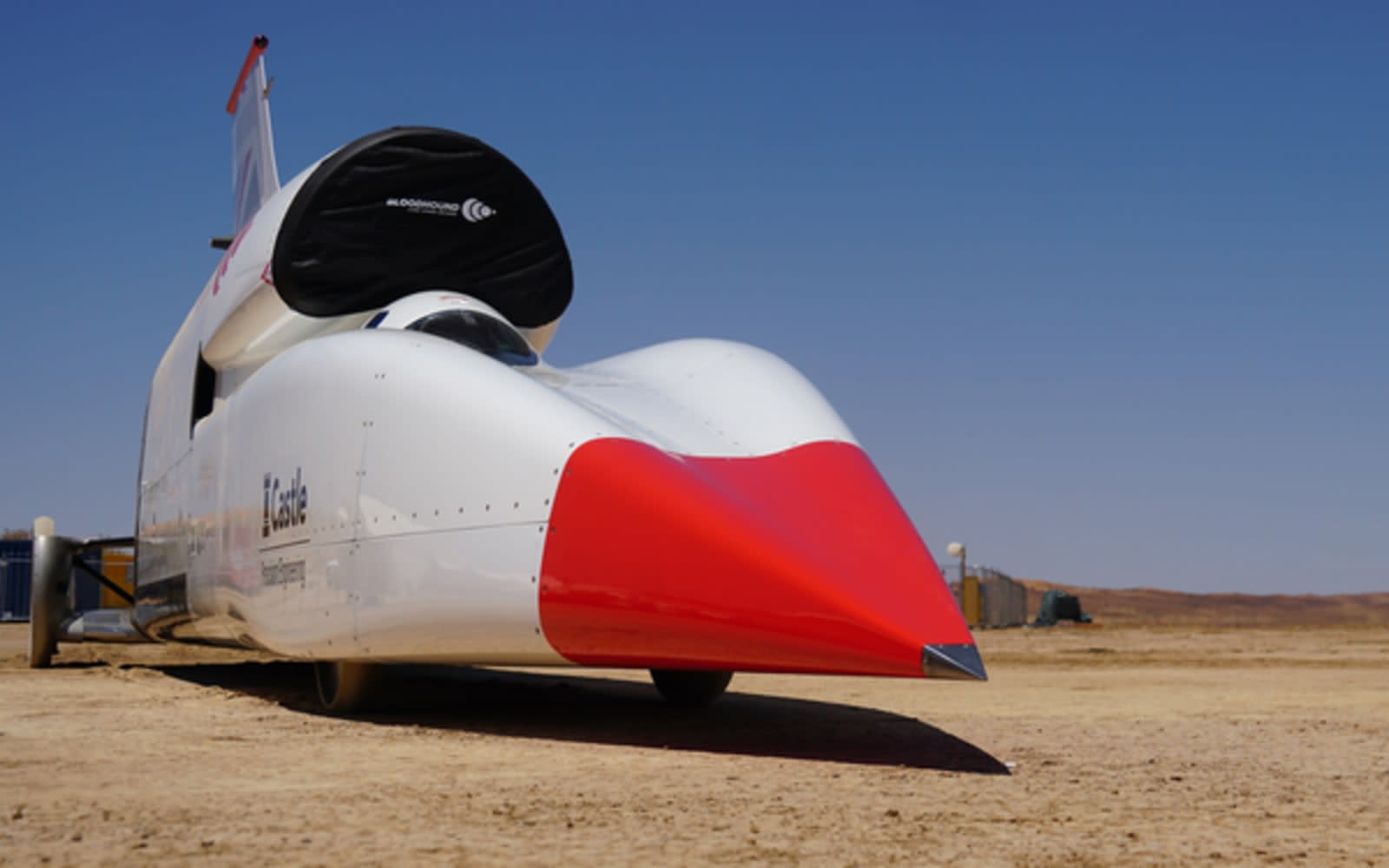 Not long ago, the Bloodhound supersonic car was on the brink of bankruptcy, and the project came close to shutting down altogether. But after test runs at the Hakskeen Pan dry lake bed race track in South Africa, the car seems to be pulling ahead. It reached 628MPH (1,010 km/h) in 50 seconds, making it the sixth fastest car ever.

It reached those speeds using only its EJ200 jet engine. Next, the team will attach a rocket to the tunnel beneath the jet engine. That will generate several tonnes of thrust. With the added boost and data from the most recent test runs, Bloodhound hopes the car will reach 800MPH, beating the world land speed record.

The project hasn't completely resolved its financial woes. It will need to raise up to £10 million (about $13 million) to move into the final phase of the program, but owner Ian Warhurst is optimistic. "The global media interest around the high speed testing has really raised our profile and potential sponsors are getting in touch every day," he said in a press release.

In this article: 628 mph, bloodhound, bloodhound supersonic car, hakskeen pan, jet engine, land speed record, rocket, testing, tomorrow, transportation
All products recommended by Engadget are selected by our editorial team, independent of our parent company. Some of our stories include affiliate links. If you buy something through one of these links, we may earn an affiliate commission.