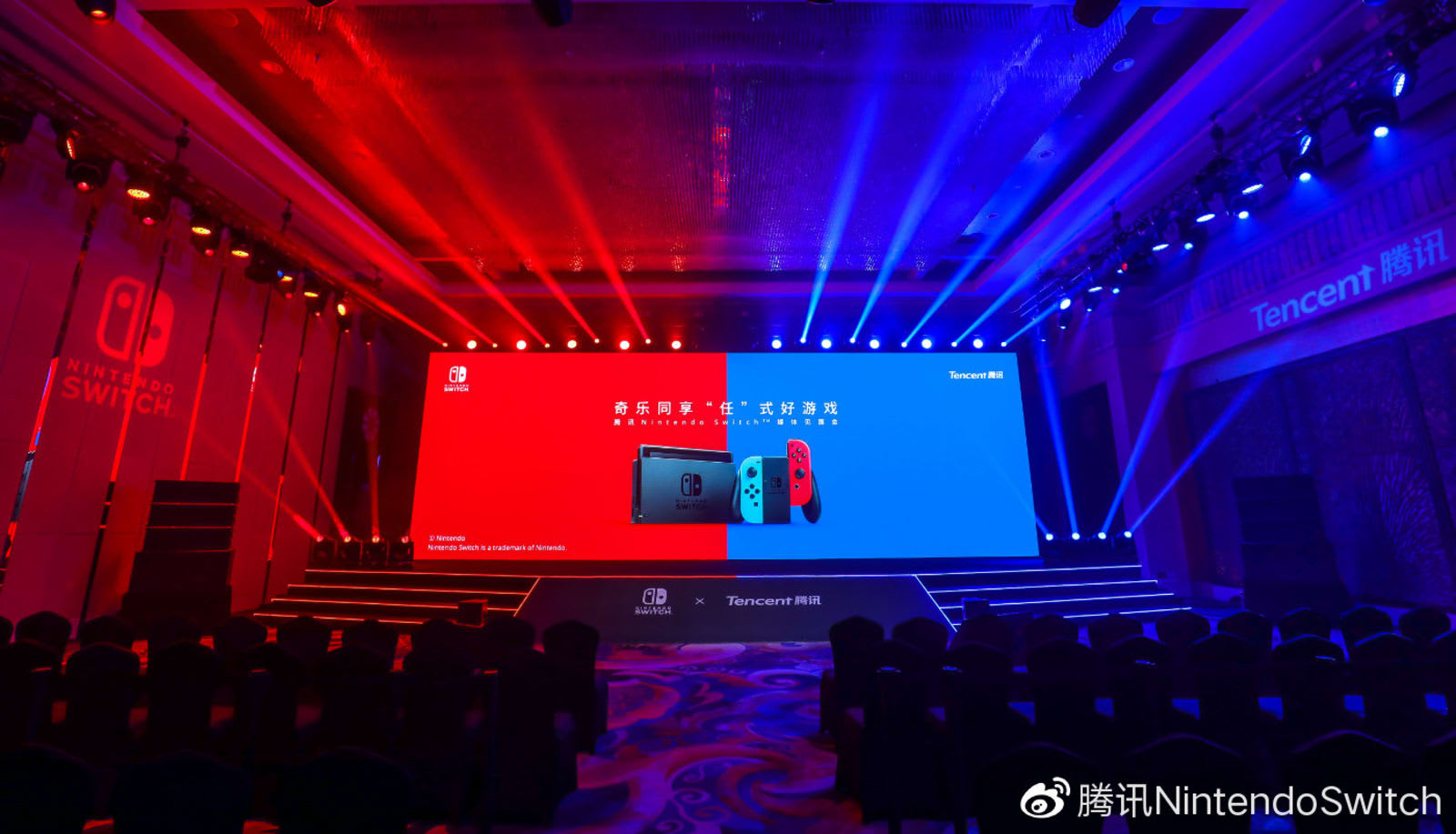 As expected, Nintendo will officially launch the Switch console in China on December 10th in partnership with Tencent. It will sell as a bundle for 2,099 yuan ($298) with a copy of New Super Mario Bros. Deluxe. In addition, Mario Kart 8 Deluxe and Super Mario Oyssey are now available to pre-order, and "additional first party games are being prepared for the China market later," Niko Partners analyst Daniel Ahmad wrote on Twitter.

It will come bundled with New Super Mario Bros. U Deluxe and a 1 year warranty. pic.twitter.com/lcpWNfPUPC

The console will officially be called the "Tencent Nintendo Switch (Official Mainland China version)" and will come with a one year warranty. Games will reportedly be priced at around 299 yuan, or around $42. There's no word yet on whether the cheaper Switch Light will also arrive in China.

On top of helping Nintendo build simplified Chinese language versions of games, Tencent will provide cloud services for the Switch Online service in China and modify the eShop to work with its widely-used WeChat Pay system.

China gaming is primarily done on PCs and mobile phones, so the launch of a new console is a big deal. "We believe that Nintendo Switch will replace the PlayStation 4 as the market leader in China by 2022 when accounting for both legal and grey market sales," Ahmad said.

However, Nintendo itself has been cautious about potential sales in China. "Even if the launch does occur during the current fiscal year, we do not expect a significant impact on this year's business results," said president and CEO Shuntaro Furukawa last month.

Source: Nintendo
Coverage: Reuters
In this article: av, China, Console, gaming, Nintendo, Switch, Tencent, Tencent Nintendo Switch
All products recommended by Engadget are selected by our editorial team, independent of our parent company. Some of our stories include affiliate links. If you buy something through one of these links, we may earn an affiliate commission.