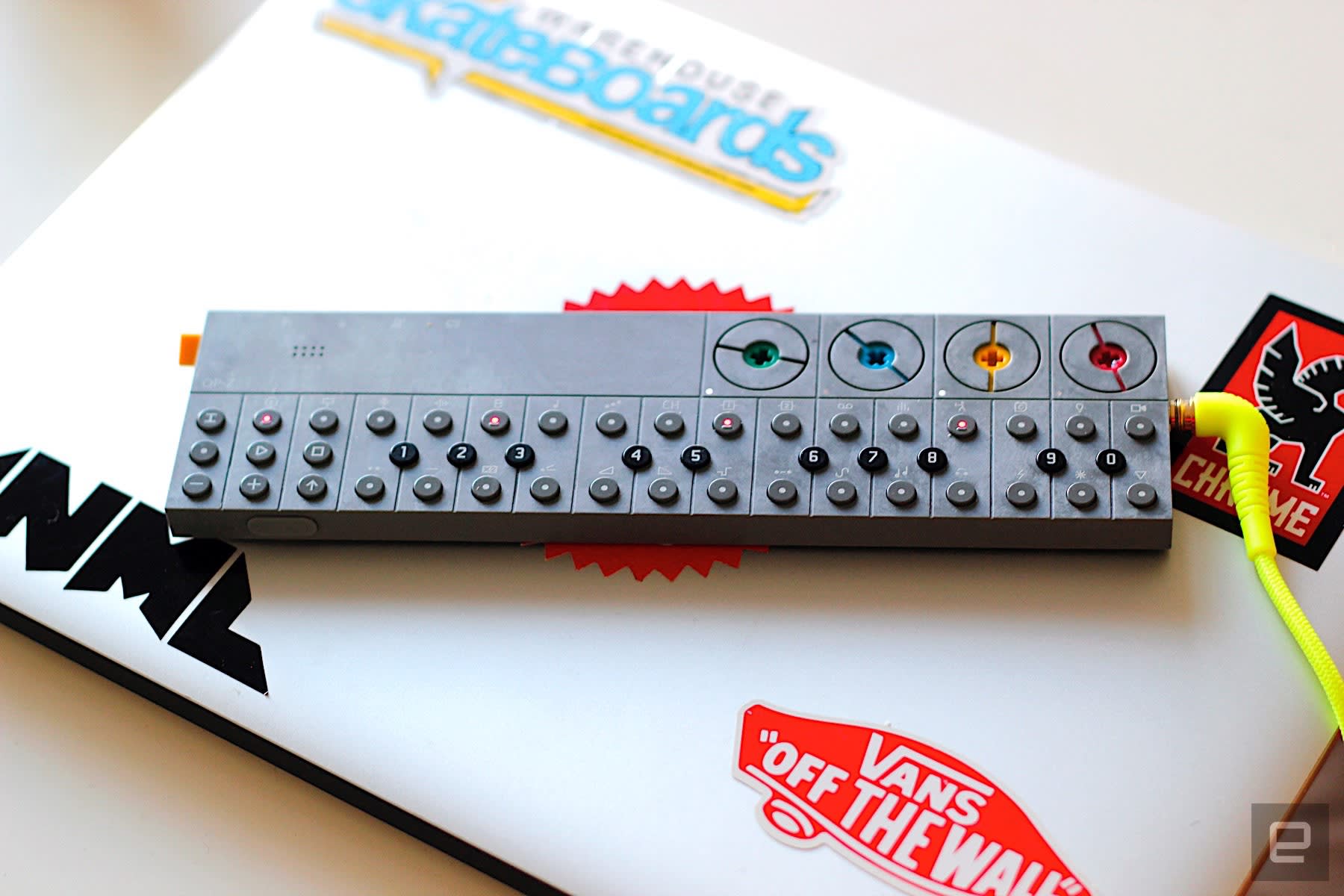 When it came out earlier this year, there was one small omission to the otherwise excellent package that was Teenage Engineering's diminutive but powerful OP-Z synth: you couldn't use its handy companion app if you had an Android phone. Nine months after the fact, the company has addressed that issue with a new beta release that you can download from the Google Play Store.

The companion app allows you to see how you've mixed a song, as well as any effects you may have applied to a track. Its minimalist looks match nicely with the appearance of the OP-Z itself, with clean lines and small splashes of color helping to differentiate disparate interface elements. Teenage Engineering says the app also doubles as a way to learn the ins and outs of its synth -- a good thing, since the OP-Z doesn't come with a full manual.

However, the coolest aspect of the software is that it allows you to use the camera on your phone to create videos and slideshows that accompany your music. When he reviewed the OP-Z, Engadget's James Trew said this part of the app was "incredibly fun." While it took a bit of fiddling with iTunes (RIP), he was able to get Tina from Bob's Burgers to twerk to one of his songs.

Just keep in mind that this is a beta release, with all the usual pitfalls that come with unfinished software. Over on Reddit, there are reports of the app not working on a variety of devices, including popular phones like the Galaxy S10, OnePlus 6 and Pixel 2. Given that it took Teenage Engineering a while to get out the app, it may take some time for the company to sort out all the bugs. As usual, a bit of patience goes a long way.

In this article: android, beats, diy, do it yourself, doityourself, gadgetry, gadgets, gear, mobile, music, op-z, synth, teenage engineering
All products recommended by Engadget are selected by our editorial team, independent of our parent company. Some of our stories include affiliate links. If you buy something through one of these links, we may earn an affiliate commission.