Clearly, we can’t be trusted with technology while behind the wheel.

I ride my trusty Vespa scooter all around San Francisco. In the Bay Area, it's more convenient for getting around than a car, and I can park almost anywhere. Riding on two wheels places you above most drivers and makes you hyperaware of others on the road, and what I see more often than not terrifies me. Most of you are on your phones when you should be driving. It's time for automakers and the US regulatory agency, the National Highway Traffic Safety Administration (NHTSA), to do something about it.

Like the annoying seat belt warning system or lane-keep assist feature that reminds you to put your hands on the wheel, cars need to alert the driver when they're no longer paying attention to actual driving. Plus, like the driver's assistance functions of new vehicles (like Tesla's Autopilot), if the person behind the wheel fails to comply with the warning, the vehicle should take more-extreme actions and slow the car down. Alerts and reducing the speed of vehicles seem like drastic measures, but they're needed, because we can't stop looking at our phones. It looks like it's going to take more than current laws to get us to change our behavior.

California, like most other states, has anti-texting-and-driving laws on the books. Many states also make it illegal to even hold your phone in your hand when behind the wheel. But that's not stopping people -- it's just making them sneakier. They make sure to keep it out of sight, below the car's windows (you know, so the cops won't see). The US as a whole needs to do more.

The European Union has already acted. In March of this year it mandated that starting in 2022, all new cars must include tech to monitor drivers for signs of distraction or drowsiness. It recognizes that not paying attention to the road can have deadly consequences. And the numbers make it clear: The US should be doing the same thing. 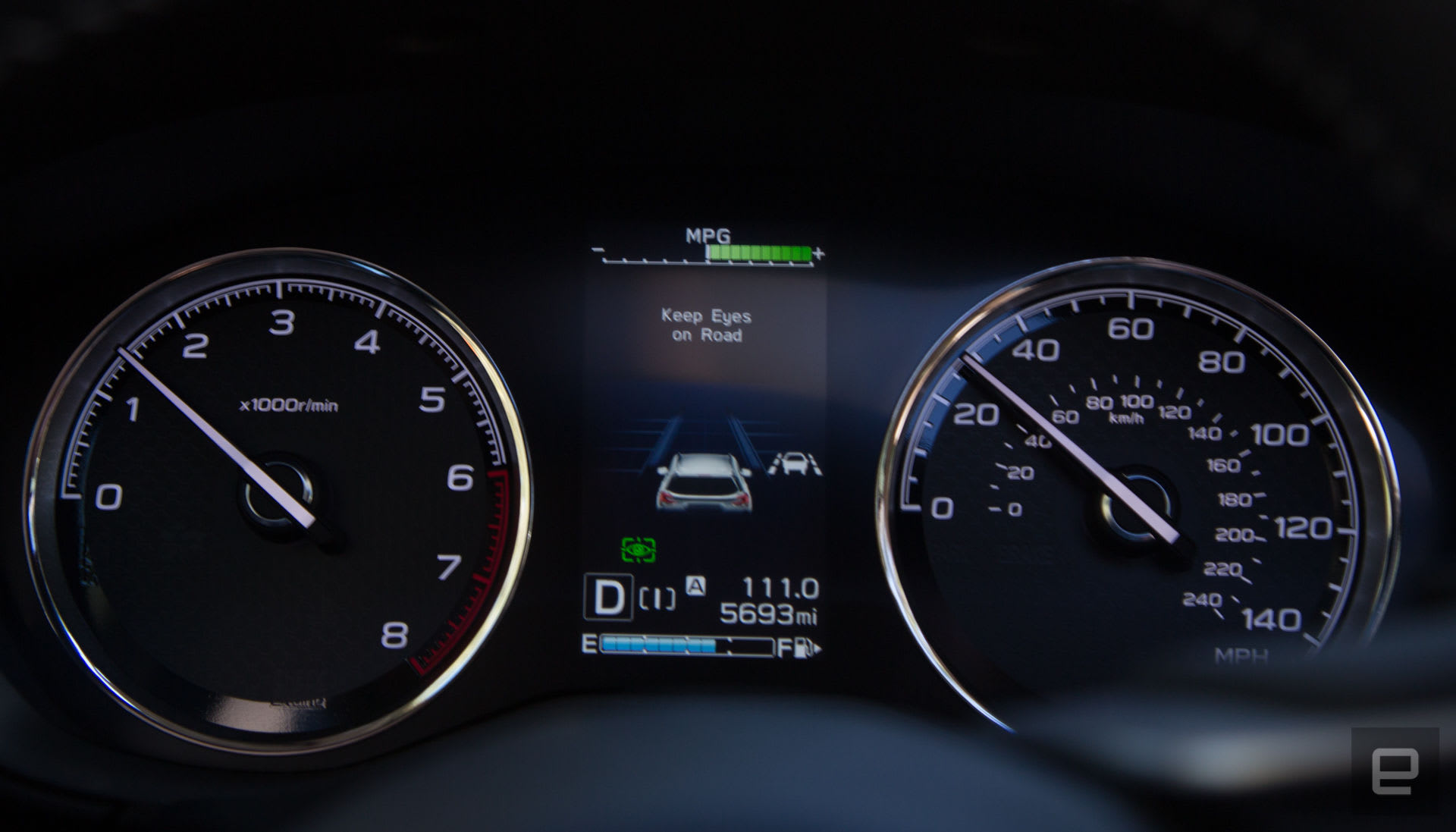 Distracted driving is a contributing factor to the rising number of fatalities involving vehicles. While cars have gotten safer, the number of fatal accidents hasn't fallen as far as it should. Hell, it actually went up to 34,748 in 2016 from 32,538 in 2015 before falling slightly to 34,247 in 2017. That's still higher than any other year (besides 2016) over the past decade.

It seems like street-level law enforcement and harrowing statistics can't dissuade us from reaching for our phones when we should be paying attention to the road. Sadly, then, it seems we need a nanny in the form of in-car driver monitoring. Subaru, BMW and Cadillac all use this sort of technology in their cars right now, and frankly, other automakers should adopt it to alert us when we're distracted behind the wheel.

Cadillac's and BMW's systems are only included in select vehicles that have the latest advanced driver-assistance-system features, which include hands-free adaptive cruise control and lane-keep assist. While Subaru's DriverFocus (introduced in the 2019 Forrester and available on a growing number of vehicles) watches you all the time and audibly and visually alerts you when you're not looking at the road, it can feel like overkill. But it also feels necessary.

Volvo recently announced that its next-generation vehicles will feature in-car monitoring. The automaker is still working out the details on what will happen beyond alerts, but in a release about the plan it stated, "That intervention could involve limiting the car's speed, alerting the Volvo On Call assistance service and, as a final course of action, actively slowing down and safely parking the car."

The obvious issue with all this monitoring is the privacy implications. If and when NHTSA makes in-car monitoring standard, the regulation should prioritize the privacy of drivers. The agency should ensure that data from cameras and other devices that look into the vehicle's passenger area stays in the vehicle and isn't shared with automakers. Also, that onboard data should be safeguarded against privacy violations. Improved safety shouldn't lead to targeted ads or violating an individual's civil rights.

The gravitational pull of a smartphone is strong. We've trained ourselves to constantly check various social networks and reply quickly to friends, family or co-workers, and its effect on the roads is devastating. We've tried stopping ourselves with local laws and marketing. Now it's high time that automakers and US regulators keep us from hurting ourselves and others while behind the wheel.