What we played in December: 'Star Wars Jedi: Fallen Order' and 'FIFA 18'

And we spent some time with "Age of Empires 2: Definitive Edition" too!
Engadget|12.09.19
@engadget

Welcome back to Engadget's Gaming IRL, a monthly segment where we run down what our editors are playing. This month, we couldn't help but plow through Star Wars Jedi: Fallen Order and devote plenty of time to FIFA 18. And we made some time for classic real-time strategy with Age of Empires 2: Definitive Edition.

We'd love to hear what you've been playing, chime in on the comments below!

The notion of Respawn Entertainment diving into the Star Wars universe seemed like a perfect fit. With the excellent (but under-appreciated) Titanfall 2, Respawn proved it could make an engaging shooter campaign in an era obsessed with multiplayer shooters. Star Wars, meanwhile, was ripe for a new single-player experience, especially after the disastrous launch of Battlefront II. So it comes as no surprise that Star Wars Jedi: Fallen Order is one of the best gaming experiences of the year. It could use a bit more polish, but for fans of the franchise, it's still incredibly rewarding.

As we covered in our preview, Fallen Order puts you in the boots of Cal Kestis, a Padawan who's in hiding after the Empire wiped out most of the Jedi. Taking place after the events of Revenge of the Sith, but long before the original Star Wars, the game focuses on one of the darkest periods in the franchise. Cal isn't just a reluctant hero, he's living with the childhood scars of seeing his master and other Jedi brutally murdered in front of him. Before A New Hope, there really doesn't seem to be any hope at all. 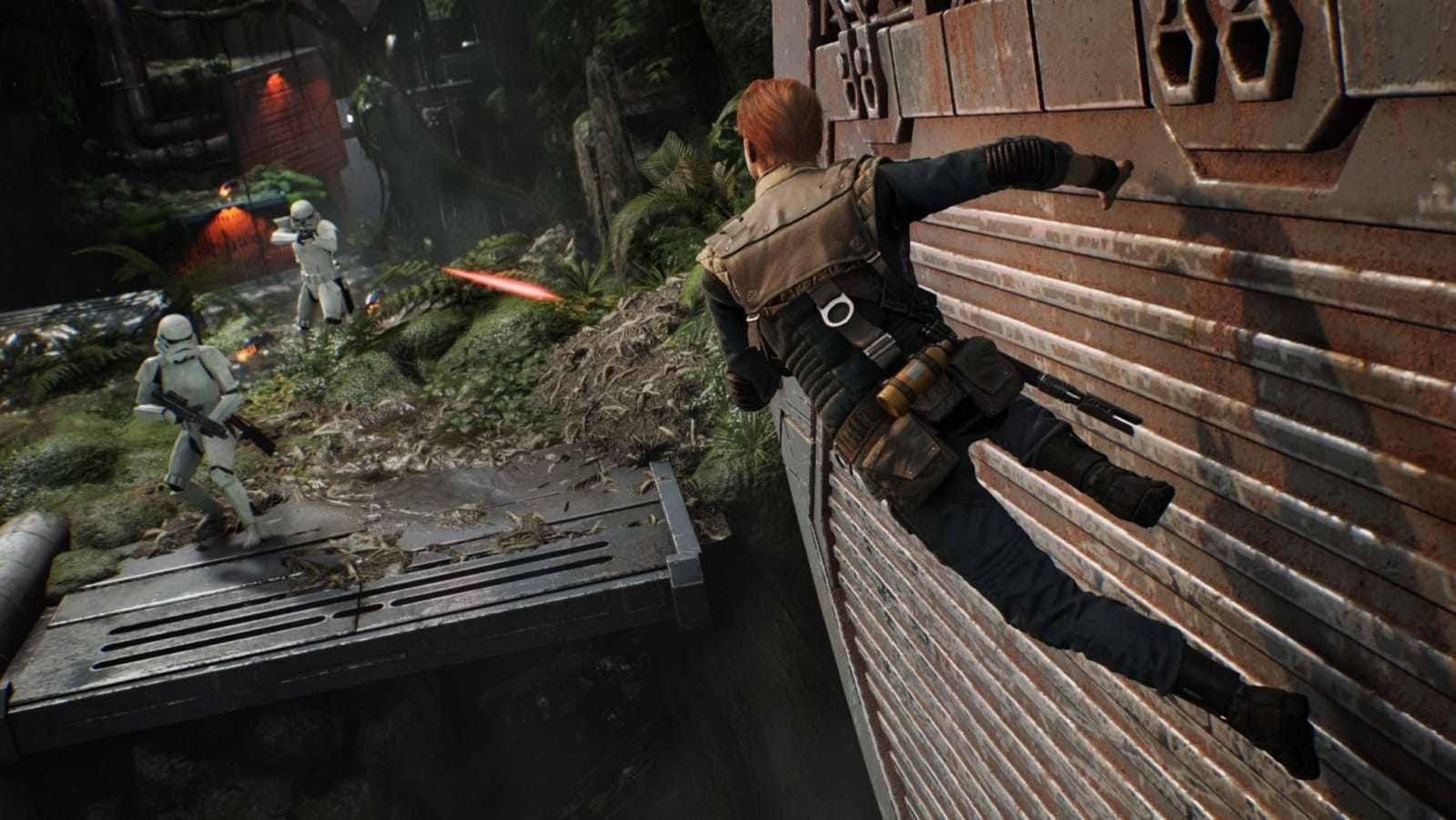 But it's not too long before Cal starts to find his way, thanks to the help of another former Jedi, Cere Junda, and their ornery alien pilot, Greez Dritus. It wouldn't be a Star Wars game without notable baddies -- in Fallen Order, the most intriguing one is the Second Sister, a Jedi-hunting Inquisitor for the Empire. While the general thrust of the story might seem familiar, Respawn's writing team manages to explore new territory with these characters. Cal, Cere and even the Second Sister are shackled by lives filled with suffering and regret -- what makes them interesting is how they deal with that.

Fallen Order is clearly inspired by the Souls games -- combat is methodical, and it's very easy to get wiped out by weak enemies if you're not paying attention. Still, this is one area where the game falters a bit. Parrying and dodging attacks isn't nearly as precise as From Software's Sekiro and Bloodborne, which makes the higher difficulties feel unnecessarily punishing. Crowd control gets a bit easier as you acquire more force powers -- I particularly enjoyed pushing loudmouth tough guys to their doom. At its best, Fallen Order manages to make you feel like a light saber-toting Jedi Master, I just wish it did that more consistently. 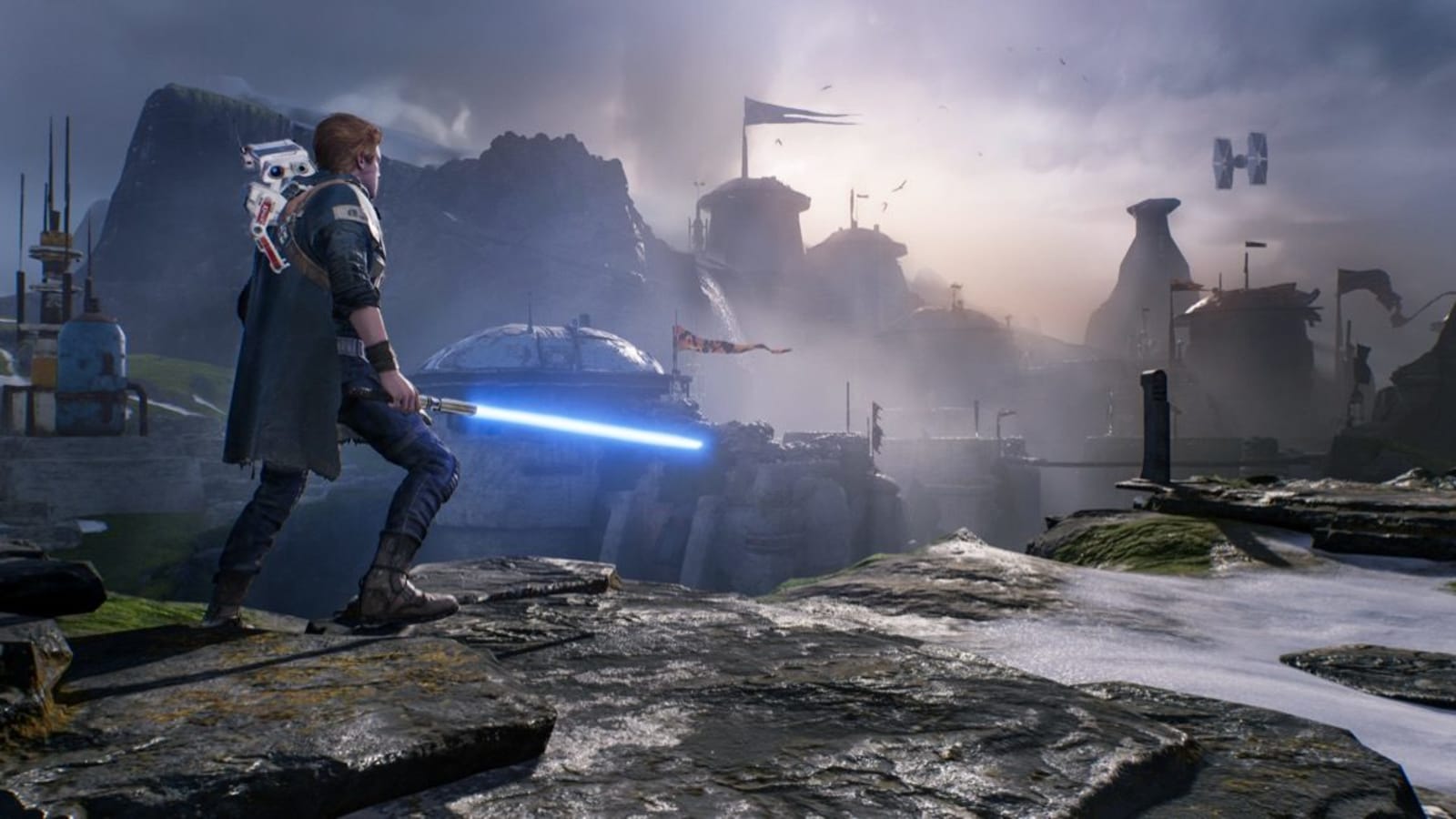 The game's exploration is baffling as well: your map clearly lays out new paths to follow as you gain new powers. But there's no fast travel, so if you see a new door available on the other end of a planet, you'll have to hoof it there on foot. There are a few shortcuts to make life easier, but it's still no replacement for fast travel. At one point, I found myself deep in the wreckage of a fallen Star Destroyer, and I just quit the game out of frustration to avoid dealing with the trek back to my ship.

It's easy to feel inundated with Star Wars today, with The Rise of the Skywalker coming at the end of the month, and the Mandalorian on Disney+ making Baby Yoda a new viral icon. But Fallen Order is a reminder there are still rewarding ways to explore this universe. And hopefully in a follow up, Respawn will have more time to refine its use of the force.

Irish comedian Dara Ó Briain has a routine that sums up a lot of my frustration with the state of modern video gaming. "You cannot be bad at watching a movie," he says, "but you can be bad at a video game." "And the video game will punish you [for being bad] and deny you access to the rest of the video game," he added. He was talking about his frustration with how Guitar Hero actively thwarts your attempts to play at being a rockstar. Because you need to work through the game's discography, song by song, as if you were paying your dues in the music industry.

It's a pursuit of realism that is both laudable and frustrating if you've little time or patience for the 60-hour grind-a-thons most games have become. Doubly so if you're tasked with grooming or dressing your character as a way of stretching out the entertainment even further. I want games to snip out the dull components of life and just let me get to the exciting, daft bits. That's the point of a video game that exists for our entertainment, as a preferable alternative to real life.

Which brings me around to FIFA 18, a game that sees you handing money to two of the world's most beloved institutions: EA and FIFA. The title was the first FIFA game I'd bought since FIFA 13, which I'd played fairly religiously on my Xbox 360 since it came out -- to the point where the Career Mode team I had lovingly developed since the start were now successful internationals.

Obviously I'd missed the FIFA games coded on EA's Ignite engine, and 18 was built in Frostbite. I knew that there would be some differences in gameplay, but what upset me the most was how entertainment had been sacrificed on the altar of fidelity. It made me not want to play the game, which now seemed designed to actively thwart my dreams of having fun. 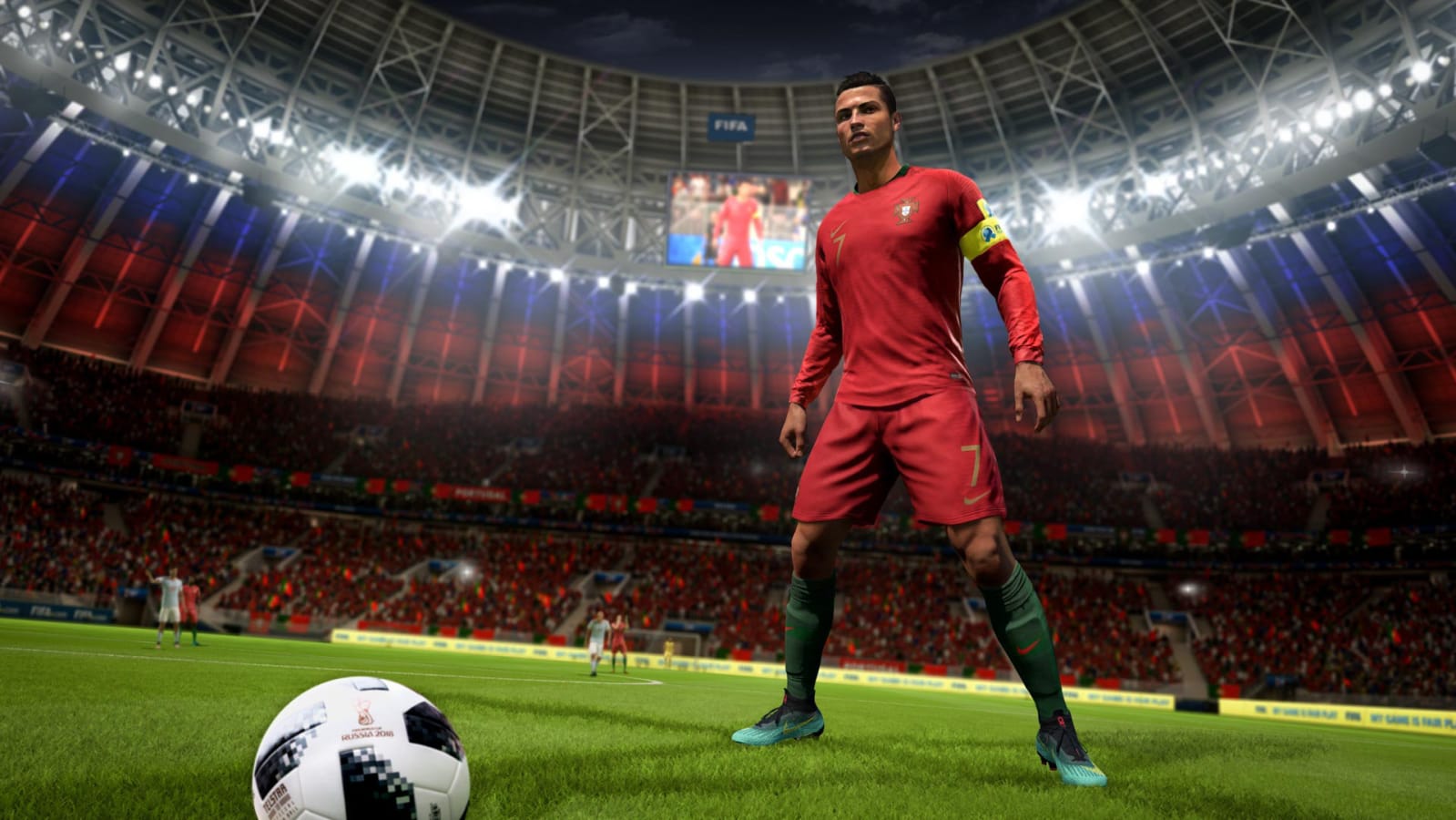 Previously when playing Career Mode, you were able to look through a player's statistics and data to see how good a player they were. That meant if you were in the market for someone new, you were able to spend some time looking for someone who fitted in with your playing style. That database was easily searched and quick to rifle through, making it great for when you wanted to get nerdy.

But because in the real world, where there's no guarantee that the player you're going to sign will turn out to be Eden Hazard or Eden Massouema, the spreadsheet is gone in FIFA 18. In its place, there's a process of hiring scouts to look at each player you may decide to look at, which can take weeks, or months. And then it's mostly down to the accuracy and reliability of the scout.

It's a similar situation when it comes to negotiating transfers and contracts with players, now with added theater. Rather than simply offering them a price and a duration, you have to endure a branching, RPG-style cut scene with dramatic music. The player's agent basically insists on whatever they say, and there's no point negotiating with them because they always say no.

In one regard, I get it -- in the real world, players won't simply take a pay cut in exchange for more bonuses, or more playing time. Not that I necessarily want to do that -- but I would like to give all of my first teamers the same flat salary. After all, in my football utopia, that's how it would work, especially at the cash-strapped club I'm currently managing.

"Ah Dan," you may rightly say, "but this is about realism and bringing a true and accurate version of the football world to your home." But were that the case, then surely as soon as I put the disc in, the game would refuse to play, given that I haven't studied for the UEFA A-License. Playing FIFA isn't about the grinding mundanity of football if you don't want it to be, and I don't.

It's also irritating when a player complains about being dropped from a single game, saying they're not getting enough game time. Especially when they've played every minute in a league so far, and I was only resting them for the big cup tie three days later. The game has no sense of internal logic to understand why and how you would rotate players... which is surely more realistic?

And then there's the UI, which is far too busy, overcomplicated and badly laid out compared to its five-year predecessor. Why is player contracts, a seemingly crucial part of the game, buried in the squad hub rather than in transfers? Why do you have to shortlist a player and then go back out of search and into transfers to make an approach, rather than doing it there?

Why, rather than an easily-navigable squad selection, does everything involve so much extra scrolling? Player selection in FIFA 13 was so much better and easier than it is now, and I'm baffled that EA thinks this is somehow better.

Of course I'm still playing it, if only because of the better graphical fidelity and the fact FIFA 13 isn't available on the PS4. But I'm still gonna grouse about it. In between all the high-profile releases this fall, you may have missed the fact Microsoft released Age of Empires II: Definitive Edition, a part remaster, part remake of one of the best real-time strategy games ever made. Recreating a masterpiece is fraught with all sorts of downsides, and it's especially tricky with a game like Age of Empires II that has so much history behind it.

Definitive Edition is technically the game's second re-release. Back in 2013, Forgotten Empires, one of the studios involved in Definitive Edition, updated the game and its excellent Age of Conquerors expansion with high-definition graphics, releasing the package as Age of Empires II: HD Edition. It was a serviceable if uninspired update to a classic. In the intervening years, however, Forgotten Empires continued to work on the game, creating new expansions that add additional playable civilizations and single-player campaigns.

And so Definitive Edition feels like the work of a group of people who have spent the better part of a decade devoted to a game they love, and it shows. The beauty of this re-release is that it stays true to what made Age of Empires II great in the first place, while adding a new level polish. Take the game's presentation, for example. By standards of most modern games, a lot of what Age of Empires II offers on that front is modest. For example, the briefings that play before each campaign mission are a simple affair, with just some drawings and a lone voice to guide you through to the next scenario. And yet they do an excellent job of setting the stage and establishing the stakes.

Forgotten Empires didn't try to reinvent the wheel here; instead, the team gave the briefings (and everything else, for that matter) a fresh coat of paint. The sum total of all these enhancements is that Definitive Edition feels both just as good and better than you remember it, and that is a rare feat for a remaster to achieve.