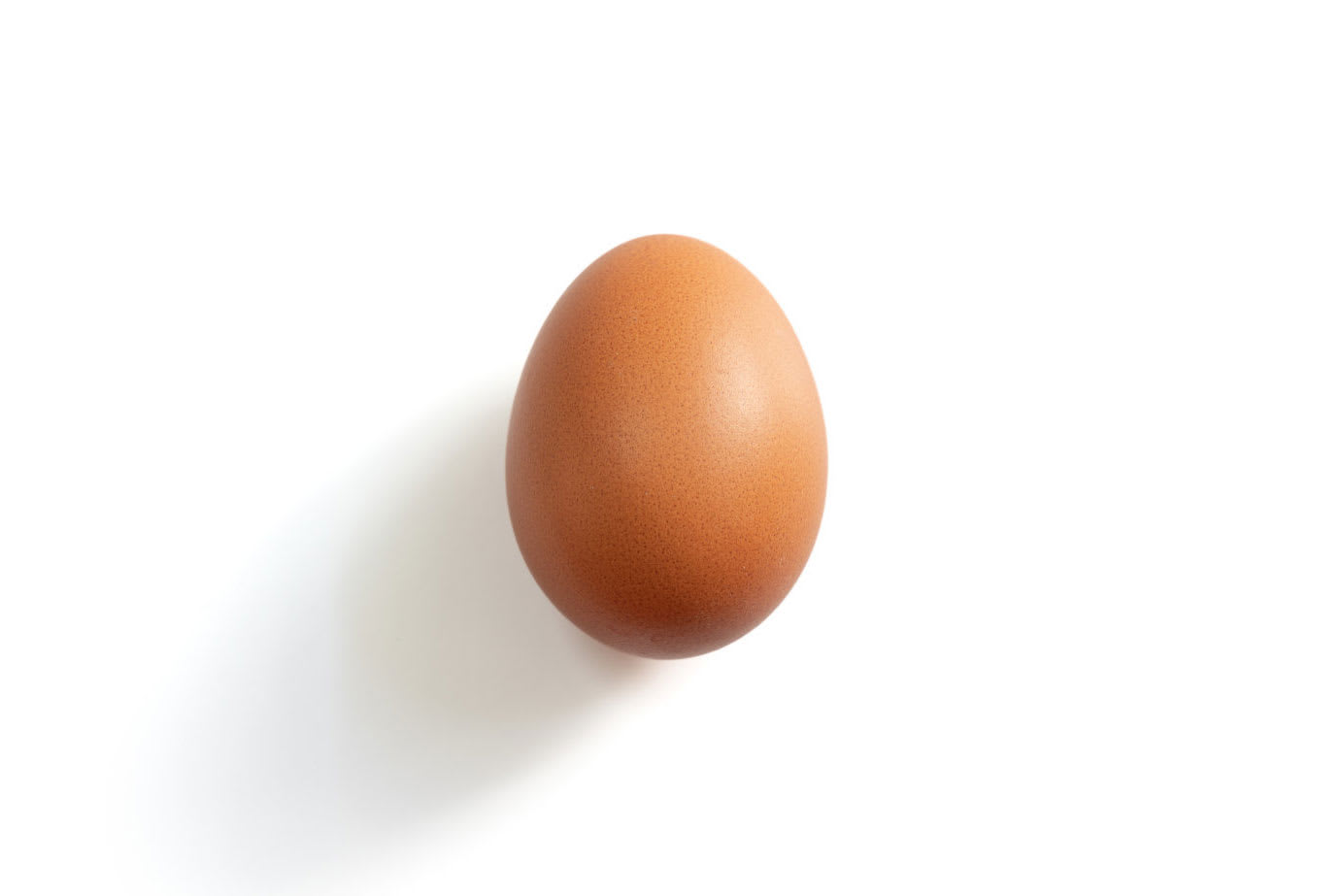 Looks like the famous stock photo egg that broke Kylie Jenner's Instagram record dominated Twitter, as well. In its Year on Twitter report for 2019, the platform has revealed that "World Record Egg" has one of the most retweeted tweets for the year. It's joined by a tweet from the official BTS Twitter account, showing a member of the K-pop band lip-syncing to bad guy by Billie Eilish. As you'd expect from the internet, the other tweets in the list feature cute animals, including a duckling chasing a group of men, a cat that won't let a baby gate block its way and a bird that'll attack anybody its little human screams at.

Let's set a world record together and get the most retweeted tweet on Twitter. Beating the current world record held by Yusaku Maezawa @yousuck2020 (5.3 million!)

Viral memes like "sco pa tu manaa" -- a phrase from a song by Ghanaian musician Patapaa, which doesn't actually mean anything in his language until Twitter users started using it as an equivalent to "what's on your mind?" -- topped the list for the most retweeted tweet with comments. Meanwhile, Game of Thrones took the number one spot for the list of top TV shows based on the number of people tweeting about them. Stranger Things occupied the second spot, followed by The Simpsons and La Casa de Papel.

The Avengers: Endgame was most talked-about movie on the platform, as you'd expect, followed by Toy Story 4, Joker and Spider-Man: Far From Home. Tom Holland was the top actor on Twitter for the year, likely partly caused by Spider-Man almost leaving the Marvel Cinematic Universe. Fellow MCU actors Chris Evans, Zendaya and Robert Downey Jr. occupied the second, third and fourth spots respectively.

K-Pop band BTS, Ariana Grande, Drake, Rihanna and Cardi B were the top musicians on Twitter for the year. FC Barcelona, Real Madrid C.F. and Manchester United F.C. were the most talked-about sports teams on the platform, while American soccer player Megan Rapinoe and Brazilian footballer Neymar were the top athletes. The top politician list is made up of names you've been hearing constantly on the news: Donald Trump, Barack Obama, Indian PM Narendra Modi and Alexandra Ocasio-Cortez. Finally, Twitter tracked emoji usage, too, and found that its users favored that familiar laughing face with tears of joy.

Source: Twitter
In this article: gear, internet, Twitter, World Record Egg, Year on Twitter
All products recommended by Engadget are selected by our editorial team, independent of our parent company. Some of our stories include affiliate links. If you buy something through one of these links, we may earn an affiliate commission.