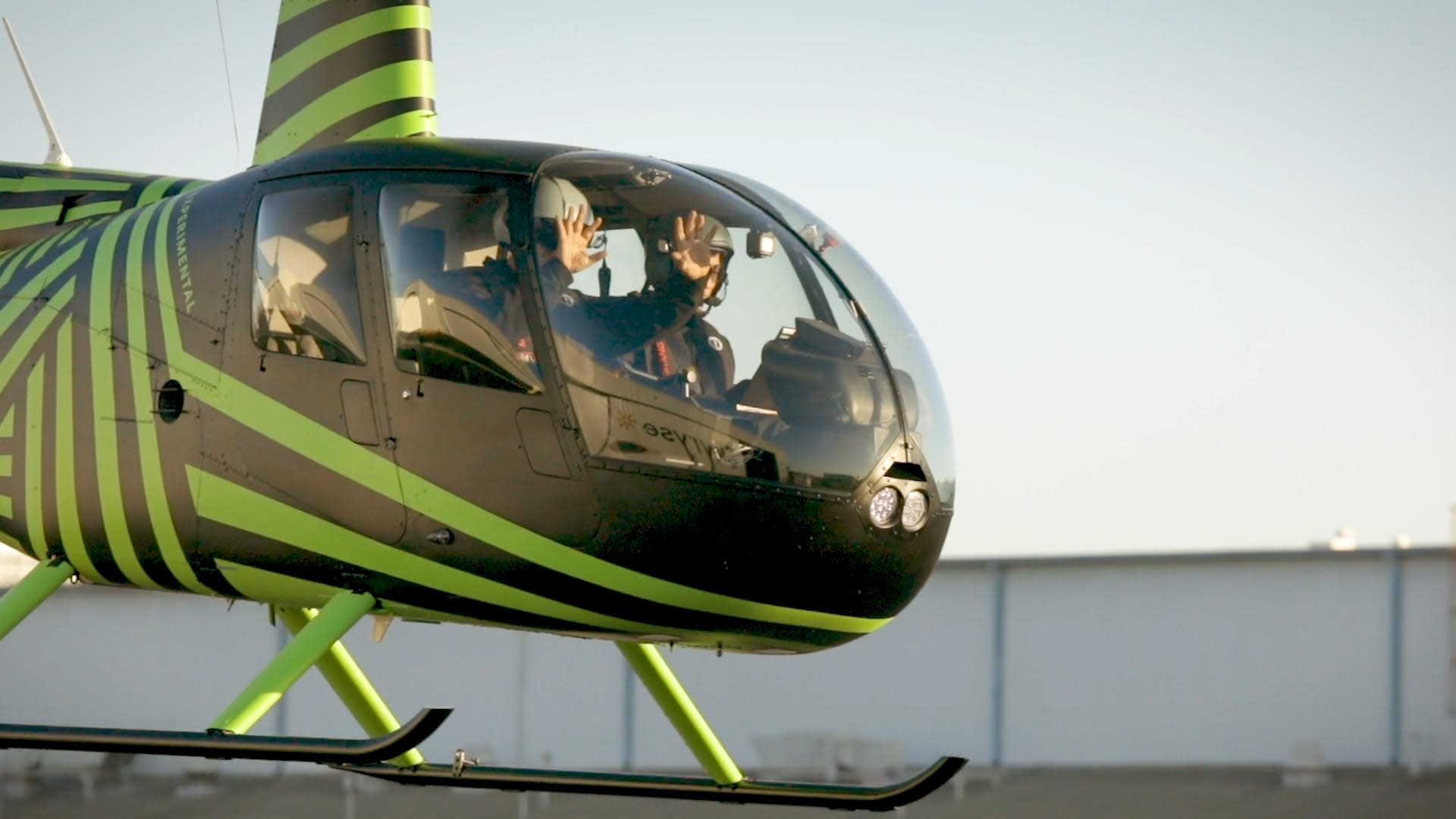 A number of companies are building autonomous vertical takeoff and landing (VTOL) aircrafts -- like Uber's air taxi -- but the technology is very much a work in progress. Today, a company calling itself Skyryse is introducing some technology that might help make it more accessible, and it also is showing off what it says is the world's first fully autonomous flight in an FAA-approved commercial helicopter.

What makes Skyryse different than other autonomous VTOL projects is that the company's tech is meant to be added on to existing aircraft rather than building something entirely brand-new. Powering the autonomy in the tests Skyryse conducted is its custom "Flight Stack," which consists of a set of tools currently designed to work with the Robinson R-44 helicopter.

The Skyryse Flight Stack includes flight controls that allow for either full autonomous flight or automating specifics aspects of a journey; the company likens that to cruise control on a car. This is combined with a host of sensors that steer and stabilize the helicopter in conjunction with other flight data. There's an additional security layer that monitors the aircraft's movement and looks specifically to avoid actions that might go beyond safety limits.

The Flight Stack also includes sensor pads on the ground Skyryse is calling "smart helipads." These provide additional information to the vehicle like wind and weather conditions as well as information on any low-flying objects like birds or drones in the immediate area. All of these systems are meant to integrate with existing FAA networks and communicate data to traffic control systems for monitoring flight paths, altitude and other similarly critical data.

Despite the test that Skyryse is showing off today, the company doesn't have more information about when its systems might be used more broadly. But if the company's technology can get more support from exiting helicopter manufacturers, it could provide a more streamlined way to add autonomous features to a fleet rather than designing and building entirely new vehicles.

In this article: autonomous helicopter, autonomous vehicle, skyryse, tomorrow, transportation, VTOL
All products recommended by Engadget are selected by our editorial team, independent of our parent company. Some of our stories include affiliate links. If you buy something through one of these links, we may earn an affiliate commission.