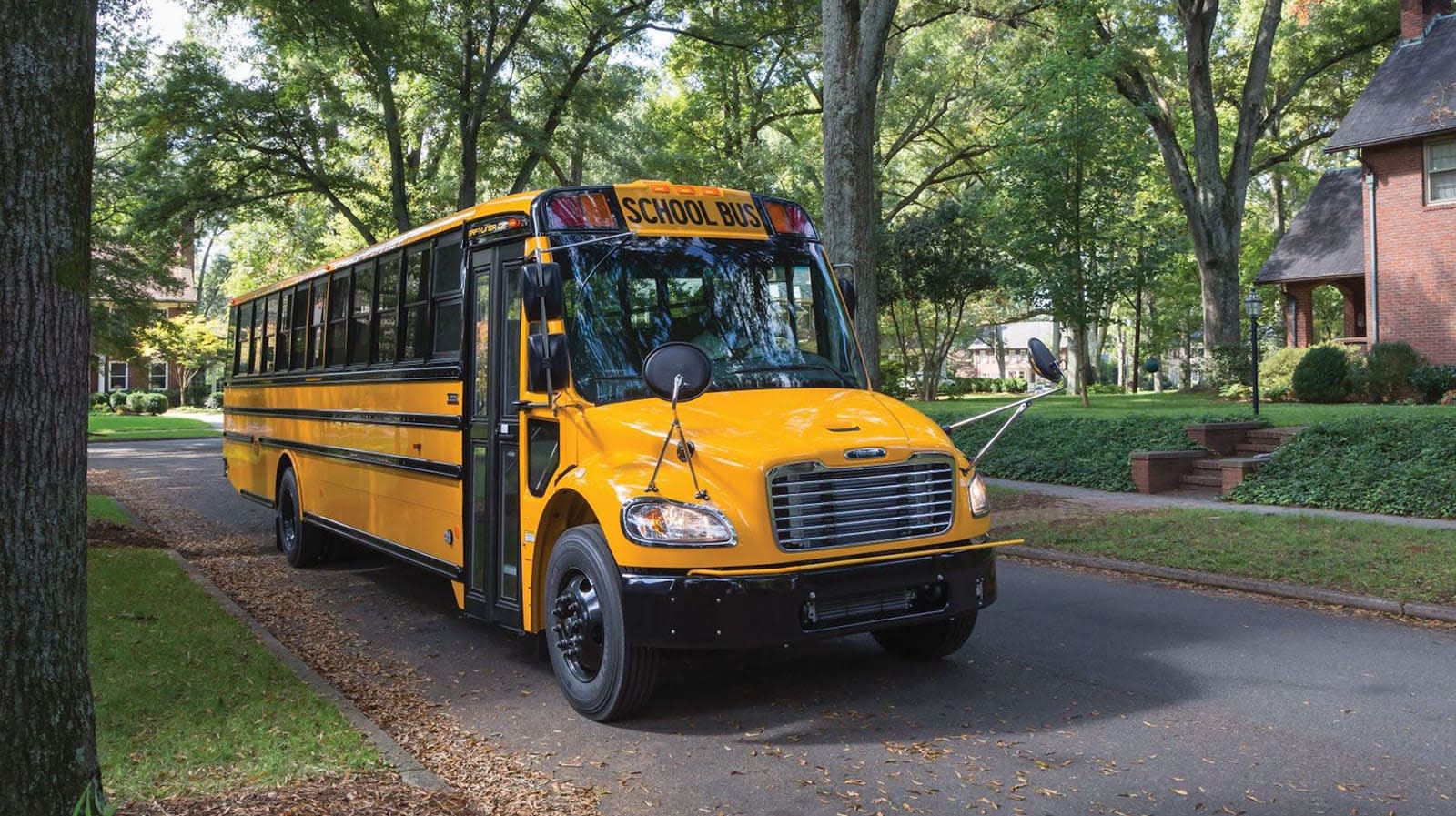 The state of Virginia has taken a big step toward greener school transportation by ordering 50 of Daimler's Thomas Built electric buses, Daimler announced. The Saf-T-Liner C2 Jouley models with 134 miles of range will go into service in the first phase of a plan to replace over 1,000 diesel models. The e-buses have an upfront cost that's about $120,000 higher than diesel models, but Virginia power company Dominion is reportedly paying the difference and setting up charging stations for select schools.

The Proterra-powered school buses, equipped with 220kWh batteries, have zero emissions while being quieter and more comfortable than current models. Using 60kW DC faster chargers, they can be charged in about three hours. In addition, they're equipped with V2G (vehicle to grid) tech, so Dominion will be able to use them for backup during brown- or blackouts. The plan is to eventually replace all 13,000 diesel models in the state with electric ones by 2030, with 1,000 on the road by 2025.

School buses are good candidates for electrification, as most run two short routes and have long breaks for recharging. On top of that, they're usually back at the garage at 5PM, just in time to protect the grid during peak usage hours. By comparison, diesel buses pollute both outside and inside the cabin and create as much carbon monoxide as five cars, according to Dominion. It estimates that replacing a single diesel bus with an electric one can save a school district $700 per month in gas an service costs.

It's not fair to say that the program is pollution-free, however. Virginia is one of the most polluting states in the US when it comes to generating electricity, with about 61 percent coming from coal and natural gas in 2017. The state wants 15 percent of its power to come from renewable energy by 2025, but right now, wind and solar are barely in the mix.

In this article: Daimler, Dominion Virginia Power, electric bus, fast-charging, gear, green, Jouley, Saf-T-Liner, Thomas Built, transportation, Virginia
All products recommended by Engadget are selected by our editorial team, independent of our parent company. Some of our stories include affiliate links. If you buy something through one of these links, we may earn an affiliate commission.