Chrome users can control media from a centralized toolbar button

You don’t have to swap tabs to pause or skip tracks anymore.

One of the more frustrating aspects of modern web browsing is that it's easy to forget which tabs have videos or songs playing. This makes it difficult to pause your media quickly when you have to answer a call or pay close attention to an email. The latest Chrome update helps fix that by adding a new button that gathers all the media playing in your browser and displays play, pause and skip buttons for each one. 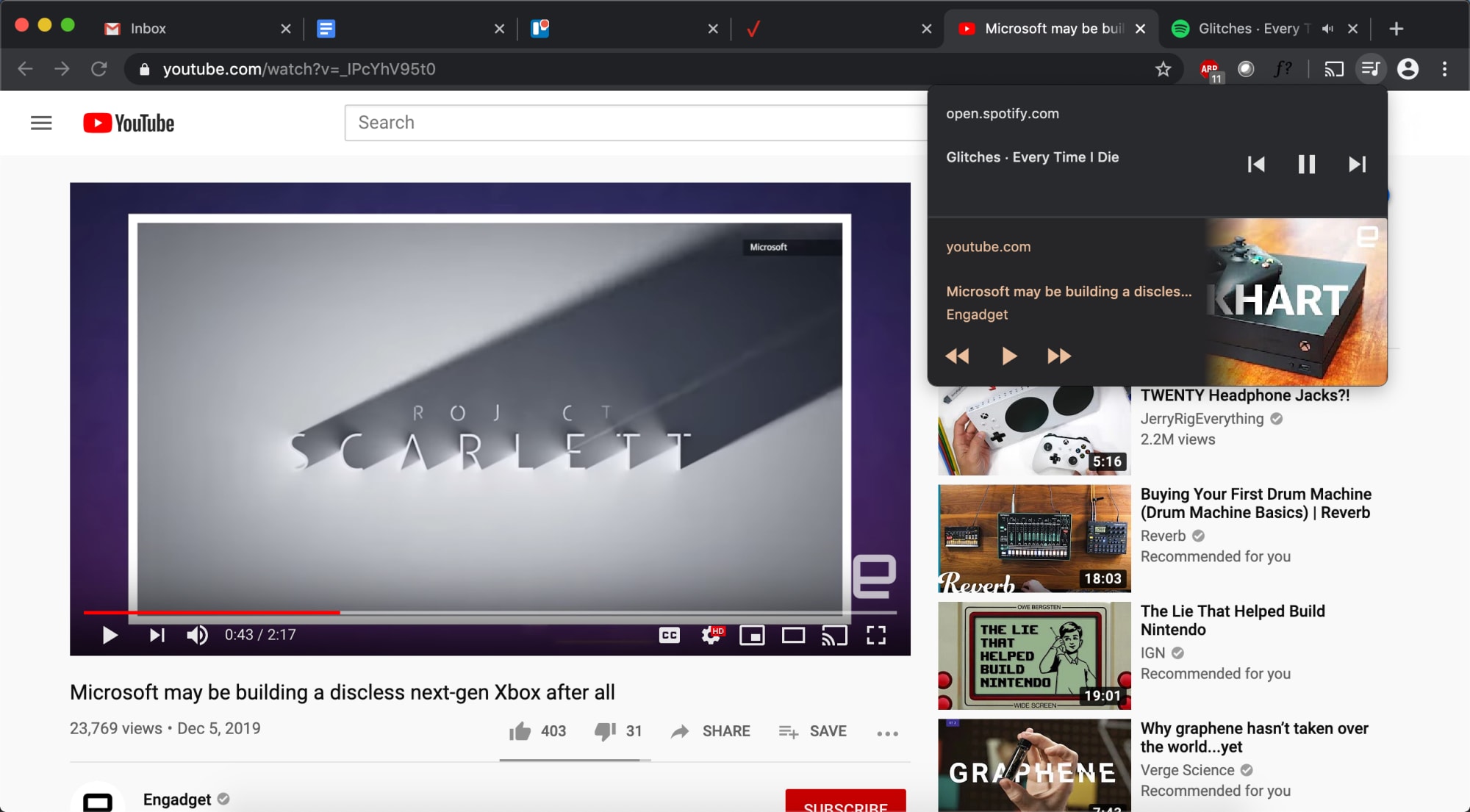 A button with three lines and a music note now sits on the toolbar. Simply click that and all of your media will appear drop down boxes. Controls for YouTube videos even have preview images so you can tell what you're pausing or playing at a glance. It would be nice if music and podcasts had the same visual touch, and a play bar scrubber would be useful, too. If there's an audio file or video that you don't need to control, you can hit the X button in the upper right corner of the box and it will disappear until you reload the tab that it lives on. The new feature is similar to the play controls in Android's notification shade and in the Chrome OS notification center.

This feature was previously available in Chromium test builds, but Google released it today as part of Chrome version 79. Not everyone has the feature yet, so it seems like the rollout is still in progress.