The company delivers on its promise to protect your passwords directly within Chrome.

Google is adding several new features to Chrome to keep you safe while browsing online. To start, the next time you try to login into a website, Chrome will warn you if your username and password were compromised in a data breach. It will also suggest you change any passwords you've reused.

As Google itself notes, this feature is something the company has been working on for a while now. It started with an extension back in February; in October, it embedded the feature directly into Google Accounts. 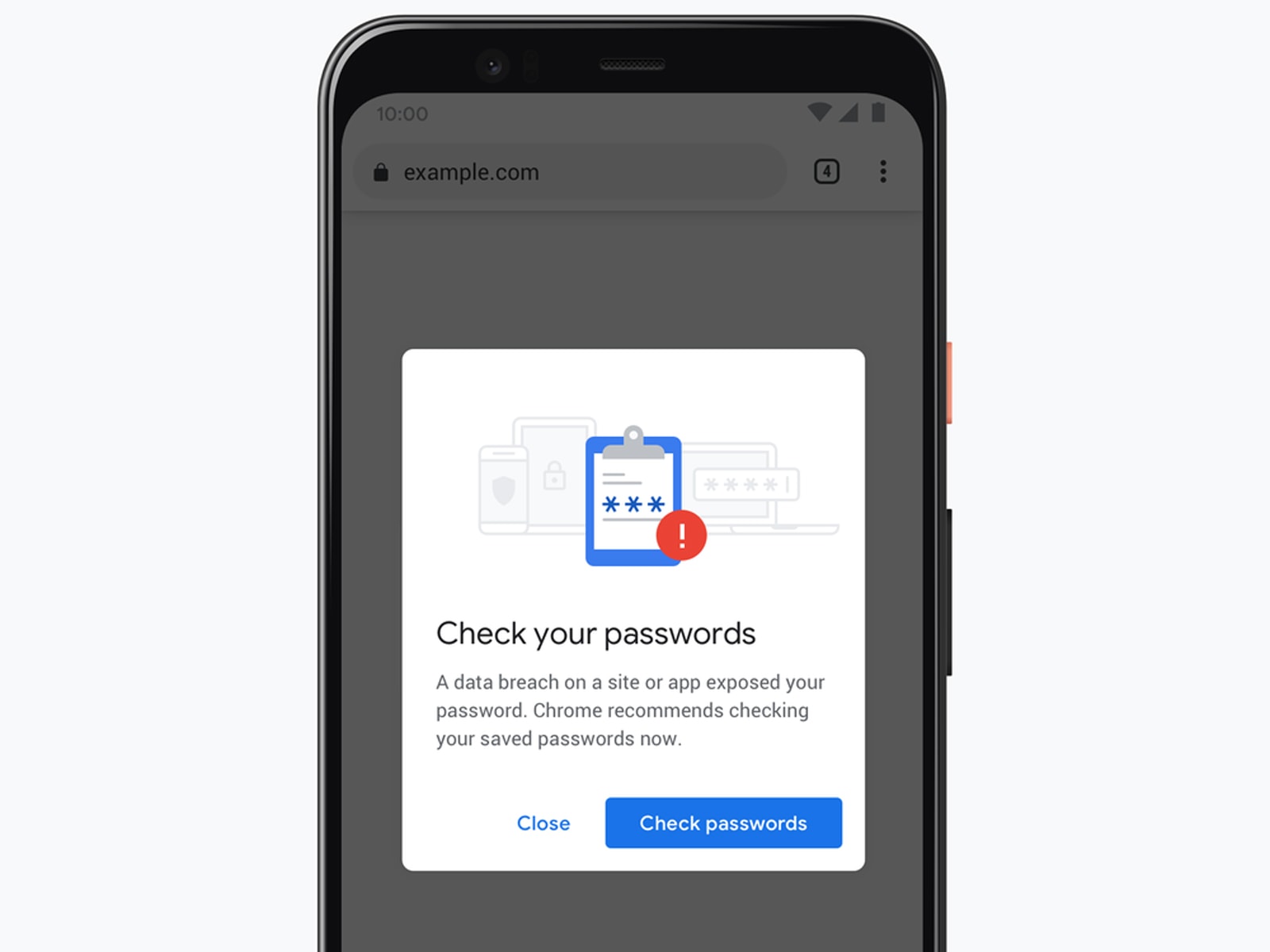 Google is also adding real-time phishing protection to Chrome on desktop. To be clear, Chrome already warns you when it thinks you're about to navigate to a website that will attempt to steal your information. However, Google says this new feature, which builds on the company's Safe Browsing database, is now 30 percent more likely to warn you of a potential threat.

Moving forward, Chrome will also tell you when it thinks you're about to enter your Google Account password into a suspected phishing website. Previously, you were only able to take advantage of this functionality if you had Chrome's sync feature enabled. Now it will protect whether you've turned sync on or not. Additionally, Google says it will work with all the passwords you have stored in Chrome's built-in password manager. 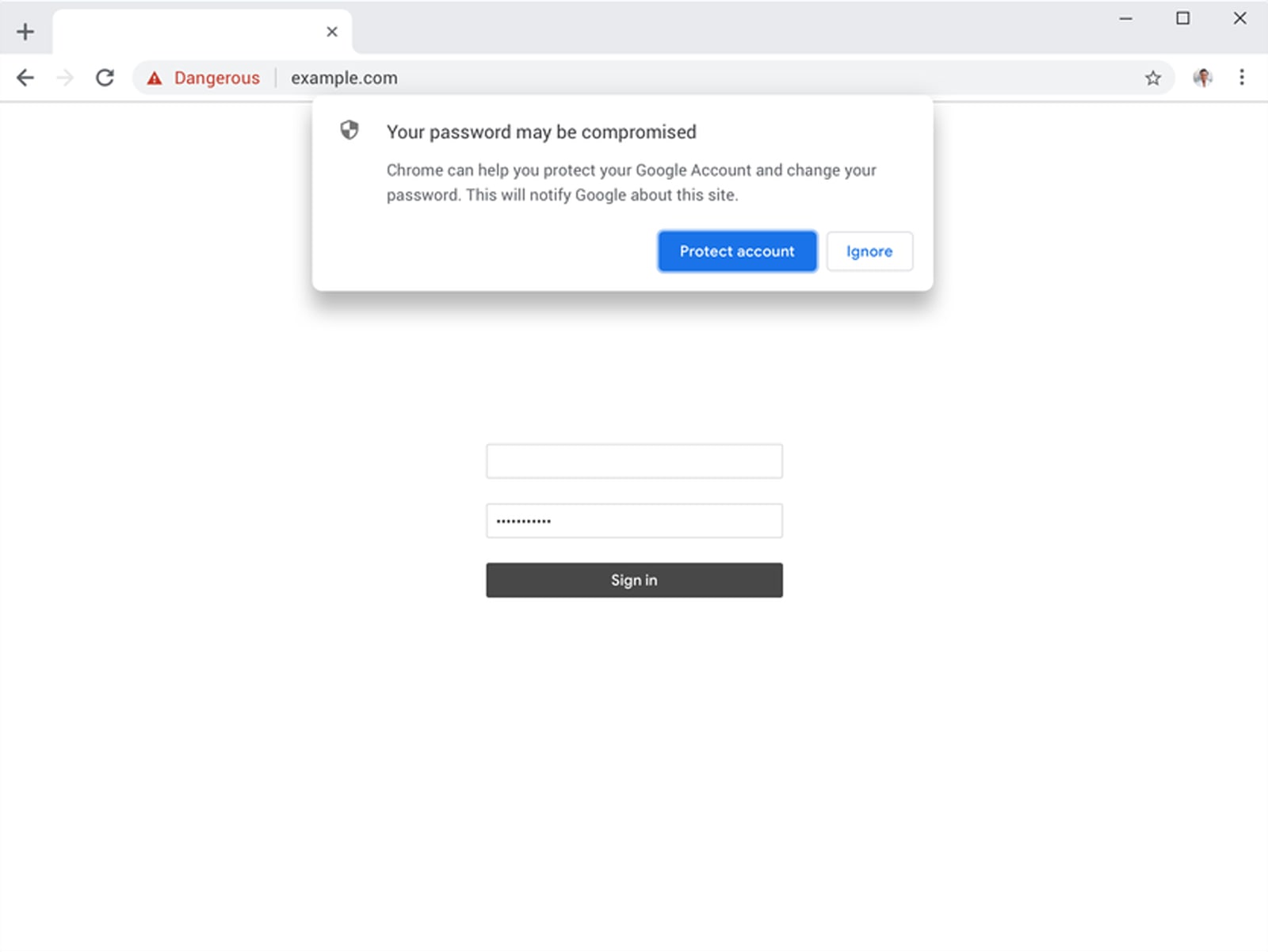 Lastly, Google has tweaked the interface of Chrome to make it easier to see if you're about to save a login on a shared computer or on a different profile. The reworked sign-in indicator is located to the right of the address bar and it will briefly show you the name of the person associated with the account. The redesigned menu item also makes it easier to switch between profiles, according to the company.

If you use a password manager, you already have access to a lot of the functionality that Google is introducing today. 1Password, for instance, includes a feature called Watchtower that warns you of data breaches, and checks your passwords against against the Have I Been Pwned? database to see if you need to change your logins. But if you'd like to use one less app in your day-to-day while still staying safe, Chrome's new features can help with that. Google says it will roll out everything it detailed today over the next few weeks.