It looks like Flickr needs more paying members to continue existing. Don MacAskill, the CEO of SmugMug, which purchased the photo repository from Verizon-owned Yahoo last year, is asking users for help. "...Flickr -- the world's most-beloved, money-losing business --... needs your help," he wrote in separate emails sent to free and Pro members.

Flickr first showed signs of trouble when it started limiting free users to 1,000 photos and videos earlier this year, likely in an effort to convert them into paying subscribers. Now, MacAskill is taking a more direct approach and asking free users to sign up for a paid subscription. He's also asking current Pro users to spread the word to convince more people to pay for membership.

In the letters, he explained that it takes a lot of money to operate Flickr, and the company cannot continue operating at a loss. MacAskill listed the things SmugMug accomplished for the service, including moving to Amazon Web Services to enable faster photo-loading times. He even ribbed users about their willingness to pay $9 a month for services like Netflix when Flickr, which "keep[s] [their] priceless photos safe," costs less than $1 a week.

Flickr will launch a Pro subscription campaign on December 26th, but since it's encouraging as many people as possible to sign up, it's giving those interested the chance to get a 25 percent discount right now. All they need to do is sign up through a special portal and use the code 25in2019.

Here's a copy of the email sent to free users: 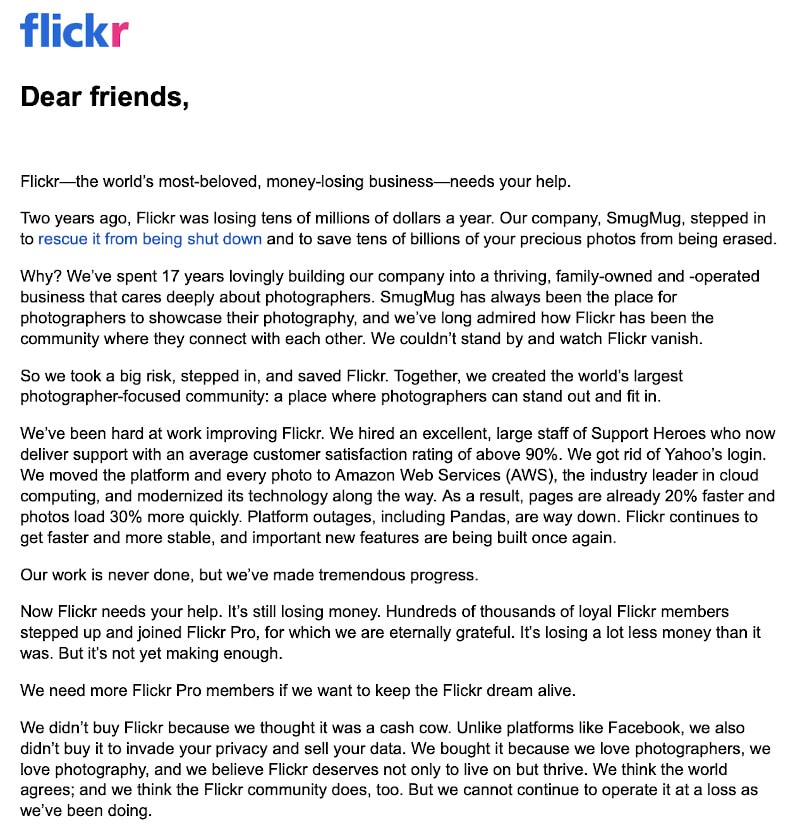 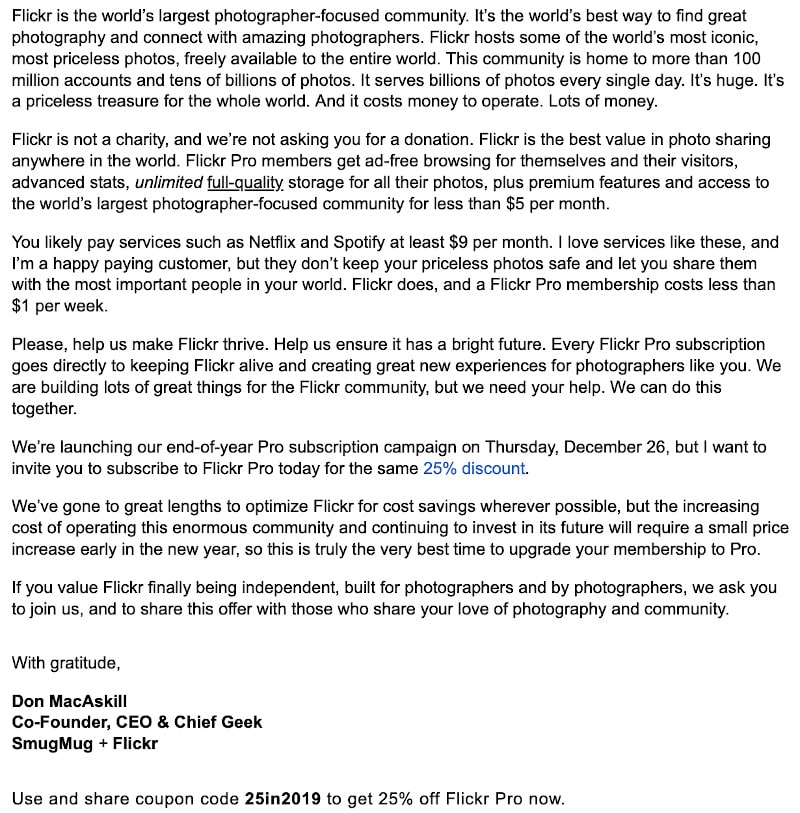