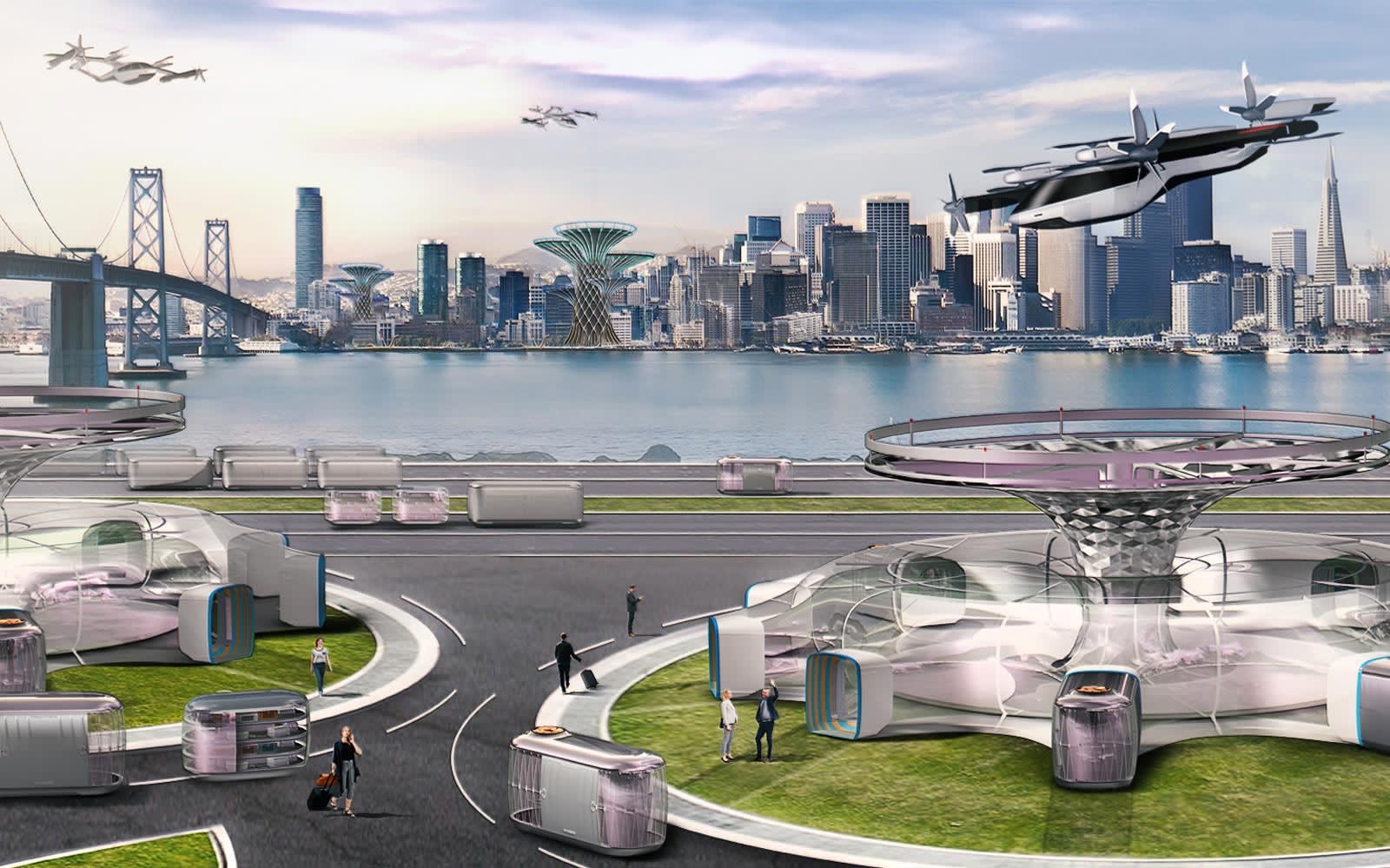 It wouldn't be CES without companies showing off wildly ambitious tech, and Hyundai plans to accommodate. On January 6th, the South Korean automaker will introduce the public to its first Personal Air Vehicle (PAV), as well as two other concepts: An autonomous land vehicle and a hub where passengers can transfer between the two modes of transportation.

Beyond the image you see above of a futuristic San Francisco skyline, Hyundai didn't provide a lot of information about its flying vehicle. The one detail we have is that all three concepts will work in tandem with one another to move people through congested cities.

We'll have to see if the concept pans out, but among the more than 70 companies working on personal flying vehicles, Hyundai is one of the more invested ones. In September, the company formally introduced its Urban Air Mobility division and announced the hire of a former NASA engineer to head up the new group

Obviously, there's a lot standing in the way of most people owning their own flying car. For example, a recent study completed by the University of Michigan and Ford determined that sustainability concerns mean most people probably won't use one to get to work, but we still may be a lot closer to air taxis than you think.

In this article: air taxis, ces2020, flying car, hyundai, tomorrow, transportation
All products recommended by Engadget are selected by our editorial team, independent of our parent company. Some of our stories include affiliate links. If you buy something through one of these links, we may earn an affiliate commission.