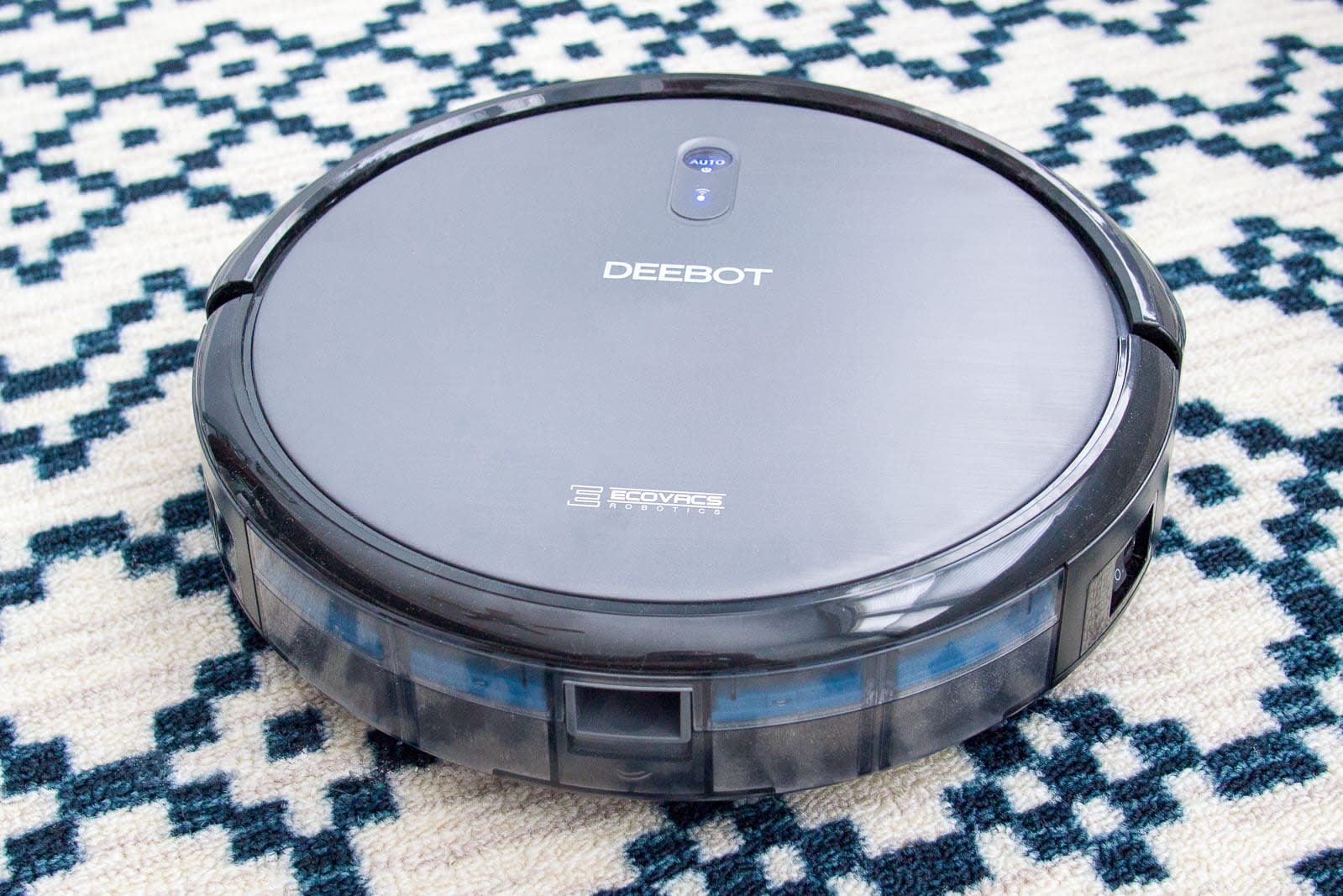 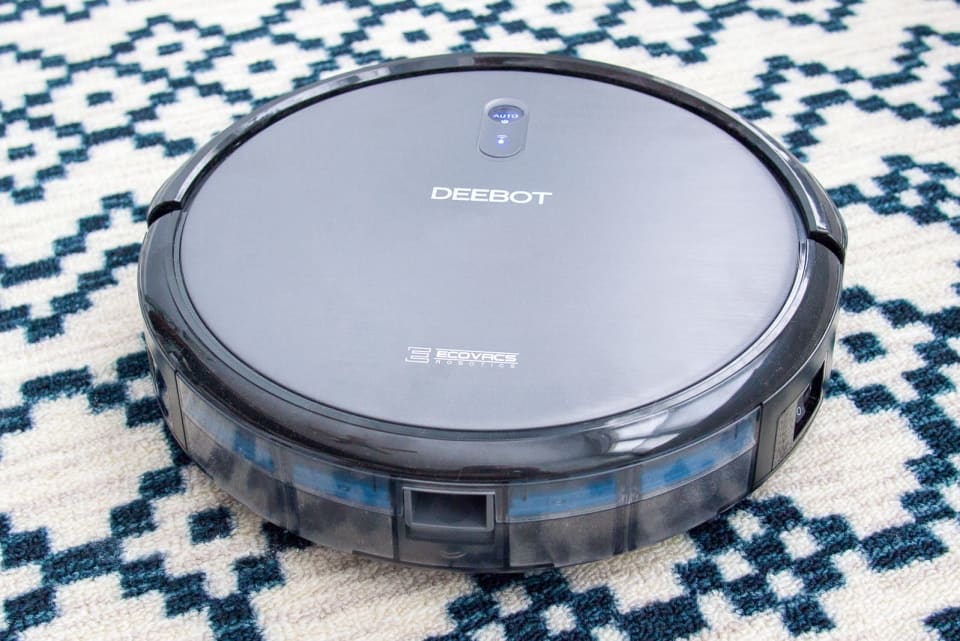 This post was done in partnership with Wirecutter. When readers choose to buy Wirecutter's independently chosen editorial picks, Wirecutter and Engadget may earn affiliate commission. Read the full guide what's the best vacuum for pet hair?

As any pet owner (I have a cat) knows, even if you own a good vacuum (I have two of our picks, a Miele canister and a cordless Dyson V7), there still always seems to be some pet hair around. So instead of asking what's the best vacuum for pet hair, we asked ourselves something more to the point: What's the best way to keep pet hair to a minimum in your home?

Any good vacuum—upright or canister, corded or cordless—will do an excellent job of picking up pet hair, on both hard floors and carpets. We've tested all these styles, using bagfuls of genuine cat and dog hair, and all our picks excelled at the task. The reason you're seeing pet hair around is that pets shed constantly, so no matter how good your vacuum is, you're unlikely to keep up—unless you have a vacuum that can work constantly. In other words, a robot vacuum is the best vacuum for pet hair.

For most pet owners, our top pick, the iRobot Roomba 614, is the best choice among robot vacuums for pet hair: It's a sturdy, repairable robot that doesn't sacrifice cleaning power for affordability. The cleaning capacity of our recommended Roomba models can easily clean a multi-pet household, as well as spaces with a lot of pile rugs and carpet. The iRobot Roomba 675 has the same cleaning power, but also connects to Wi-Fi (if you want it to) and can be controlled from an app or with Alexa voice commands. Our budget pick, the Eufy RoboVac 11S, has the advantage of being the quietest robovac we've tested, but is better suited to a single-pet house with its low-powered cleaning. To date, we've tested more than two dozen models for our guide to robot vacuums.

Below, five pet-owning Wirecutter staffers describe their experiences when using a robot vacuum for pet hair in depth. In short, we have found that robovacs work great, keeping hair under control automatically and leaving pet owners free to focus on other tasks. But we've also found that a manual vacuum is still occasionally necessary for tough jobs and deep cleaning.

Sizing up the problem of pet hair

According to Cats International, a typical domesticated cat has 60,000 hairs per square inch of skin on its back (and as many as 120,000 per square inch on its belly). Each hair is shed two or three times per year. Conservatively estimating that a typical cat has 227 square inches of surface area (that's a 5-by-12-inch cylinder), and using the lower of the number ranges above, this works out to at least 27,240,000 shed hairs per cat per year, or almost 75,000 per day.

Even if you vacuum daily, you can see the problem: By the time you vacuum again, 75,000 new hairs are coating your floor and upholstery. If you vacuum weekly, the number tops half a million. 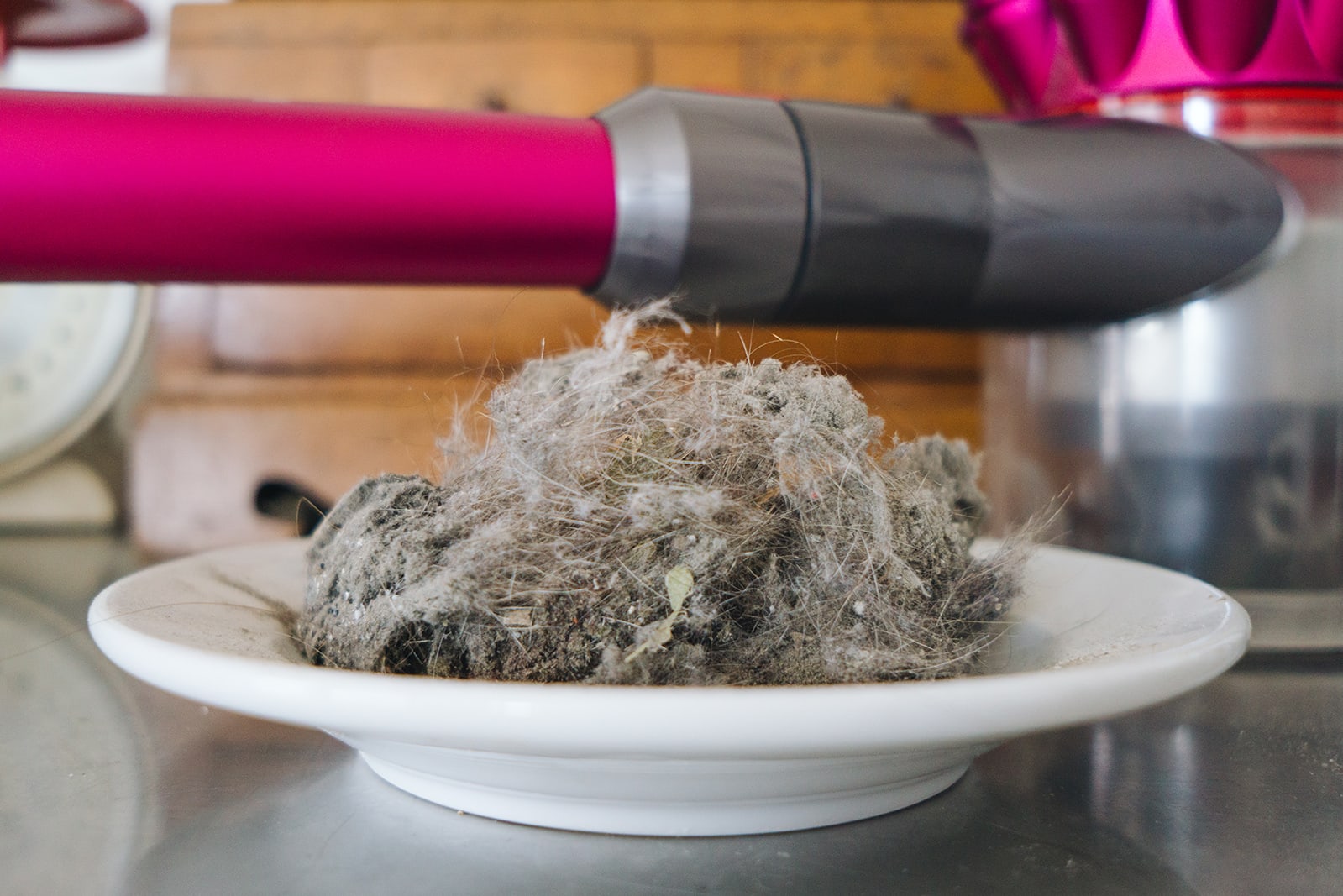 Of course not all cat breeds are alike—I shudder to imagine the numbers for a Maine Coon—and I haven't even attempted to figure out the number for a "typical dog." But the fundamental issue holds true: Most cats and many dogs shed continuously, and few pet owners can manually vacuum frequently enough to keep up. That's why a robot vacuum is the best vacuum for pet hair, hands down.

Testing is central at Wirecutter, and we've tested more than two dozen robot vacuums over the years. But real-world experience with robovacs is just as important—there's no substitute for the observations gained over months of use. So I asked Wirecutter staffers who own both a robot vacuum and a pet to tell me about their experiences.

Three common themes emerged. First, everyone sees a clear, positive difference in pet-hair problems when they run their robovac regularly—which for most people means every few days, not constantly. Second, everyone also keeps a manual vacuum around for tougher jobs and occasional deep cleaning. Robot vacuums are great at steady, light cleaning, but they're not a substitute for the sheer suction power of a good corded or cordless, especially on pile rugs and carpet. Third, robot vacuums aren't the autonomous androids of sci-fi film; you still need to help them by keeping power cords and stray objects out of their way. But once you've done that, they are largely carefree.

Here's what Wirecutter folks had to say:

We got the Roomba specifically because we always had cat fur on the rug, and it's been great at fixing the problem. Before the Roomba we vacuumed once a week; we run the Roomba two to three times a week and there is a clear difference when it runs. Without the Roomba, there are clumps of cat hair all over our main area rug, but when the Roomba is running regularly it always looks like it's been freshly cleaned. It's also helpful for picking up errant litter.

The nice thing with the Roomba is you don't need to think about it. It never gets to the point of, "Oh man, the floor looks gross, maybe I should vacuum."

For a while it was going every day, but that got to be way too much. It's just grating to work from home and have to listen to the Roomba banging around every single day, even if I close the door. The Roomba isn't always smart and sometimes it gets stuck. When it was running every day it was just too stressful to worry if it was screwing up all the time, because you also have to do things like make sure your floors are clear—no errant cords, etc. It's all minor stuff, and after a few times of that happening you learn to make sure things are away before the Roomba runs.

I have a Roomba that is programmable, but I've been slow to actually program it, so we run it manually about once a week. (If I got around to programming it, I would probably have it go once day in the middle of the day or something.)

Even just running it one time a week does have a noticeable effect on the level of hair and dust. We can tell not only because of our allergy levels, but because we can physically see the difference.

My husband does usually follow up with the Dyson V7 on the main rug in the living room because he feels the cat hair gets really embedded into it, and he's right—the Dyson usually picks up a lot more hair from the rug, specifically, even after the Roomba has gone over it. The Roomba does a "fine" job on the rug but not the best job.

But as far as the floors go in general, it is noticeable overall. I should note that our place is entirely hardwood floors, plus a few rugs.

I have two cats and a Eufy robovac. It definitely seems to vacuum pet hair, but I still have to vacuum every other week or so. Plus, nine times out of 10, if the roller [on the robovac] is stuck, it's because cat hair has wrapped around it and gummed it up.

I will say, pairing the robovac with a battery stick vacuum (I'm currently long-term-testing our budget pick, by Dirt Devil) has worked really well for my small apartment. I almost never use my big corded vacuum anymore.

I own the Deebot [note: our top pick] and a very sheddy Labrottie. Handles it great, but he has a fine, short coat of fur so it's not like picking up a shaggy golden retriever's fur. [I run it] every other day; I let it roam until it's full. I will literally use the robot vac to target random fur strands around the house, and it gets it up the first time 99 percent of the time.

I'm very impressed and I constantly get compliments on how nice my floor is—like if I take a picture of him and send it to a family member. Small detail but it happens a lot.

Also worth noting: I haven't changed the bristles yet, nor have I maintenanced it. Running straight through for 7 months—top notch.

Yoooo. Short-hair dog. I'm amazed at how much our robot vacuum picks up every day. Like, it makes me feel real gross when we don't vacuum, seeing how much comes up when the robot runs.

Using a good robot vacuum for pet hair is a low-effort and high-reward way to keep pet hair in your home at a minimum. By vacuuming constantly—or at least regularly, and more often than most people can vacuum by hand—you can keep all that constantly shed hair from piling up. And by cleaning under furniture, robovacs catch a lot of hair that manual vacuums miss.

They're not perfect, however, and they're not a complete substitute for manual vacuuming. Robovacs can't take care of themselves; again, you have to help them avoid obstacles like power cords. (One of the main reasons we like our pick is that it's better at dealing with unexpected obstacles than any other robovac we've tested). And they're not as powerful as manual vacuums, so you'll want to use one of those for occasional deep cleaning, especially on rugs.

You can read all the details of our extensive testing, as well as in-depth discussions of the iRobot Roomba 614, Eufy RoboVac 11S, and other similar variants in our full guide to robot vacuums.

In this article: eufy, gear, home, irobot, partner, syndicated, thewirecutter, vacuum, wirecutter
All products recommended by Engadget are selected by our editorial team, independent of our parent company. Some of our stories include affiliate links. If you buy something through one of these links, we may earn an affiliate commission.