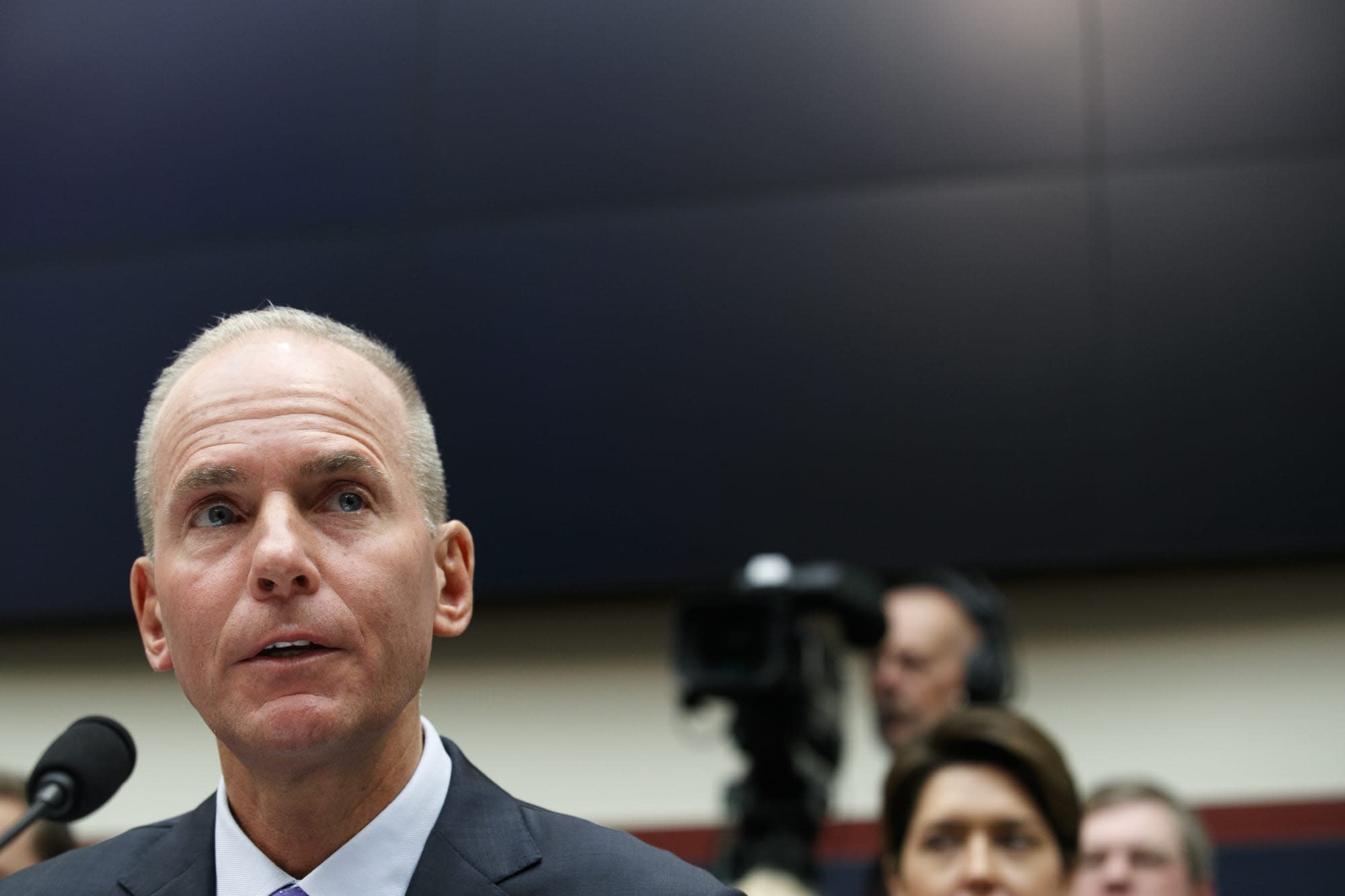 Following the months-long fallout from the two fatal 737 Max crashes that killed 346 people, Boeing CEO Dennis Muilenburg is stepping down from his position as the top executive at the aerospace manufacturer. Boeing announced the change in a press release on Monday. Muilenburg will be replaced by David Calhoun, the company's current chairman of the board, on January 13th, with CFO Greg Smith leading the company during the short interim period. From the wording in Boeing's press release, it sounds like Muilenburg resigned after it became clear that the board no longer had confidence in his leadership.

The move comes as Boeing attempts to regain the trust of regulators, airlines and, most of all, the public. In October, it came out that one of the company's employees may have inadvertently misled the FAA about the performance of the 737 Max's MCAS anti-stall technology. The employee told another pilot that he had "basically lied" to the regulator about the tech during the plane's certification.

"The Board of Directors decided that a change in leadership was necessary to restore confidence in the Company moving forward as it works to repair relationships with regulators, customers, and all other stakeholders," Boeing wrote in its announcement. "Boeing will operate with a renewed commitment to full transparency, including effective and proactive communication with the FAA, other global regulators and its customers."

Earlier this month, Boeing said it will suspend 737 Max production in January. The company has approximately 400 completed aircraft waiting in storage. Whether or not they'll be able to fly will depend on regulators are happy with the company's actions.

In this article: 737 Max, aircraft, Boeing, business, Dennis Muilenburg, faa, flight, gear, politics, regulation, safety, transportation, travel
All products recommended by Engadget are selected by our editorial team, independent of our parent company. Some of our stories include affiliate links. If you buy something through one of these links, we may earn an affiliate commission.