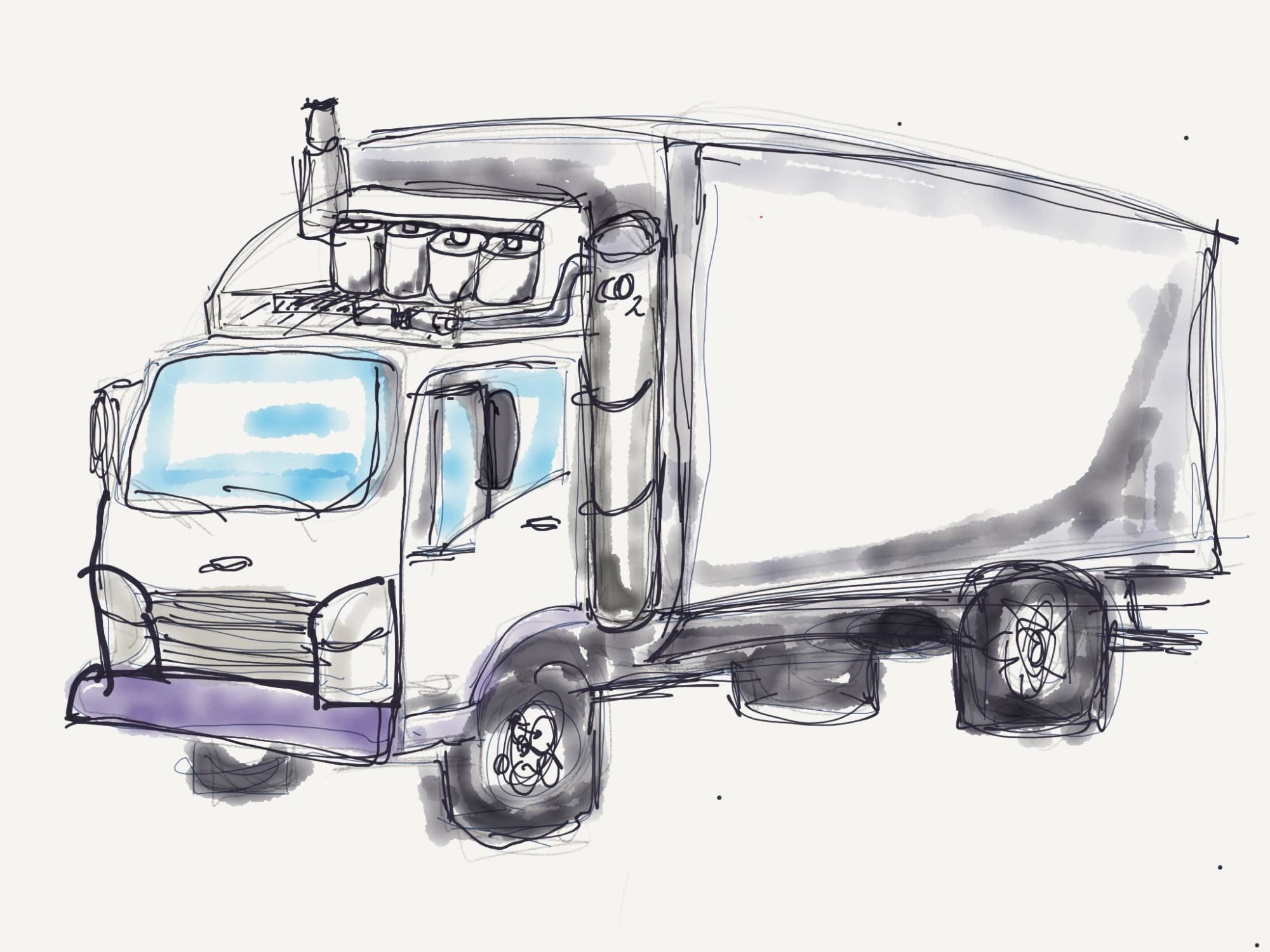 In a paper published in the journal Frontiers in Energy Research, the researchers propose capturing carbon dioxide from a truck's exhaust pipe and turning it liquid, which is stored in a tank on the vehicle's roof. This liquid carbon dioxide can then be delivered to a service station where it can be reused in various ways, including being turned into conventional fuel.

The system is more appropriate for large vehicles like trucks or buses than for cars as it is rather bulky, requiring a 2-meter-long capsule and weighing 7 percent of the total payload of a truck. However, the researchers calculate that 90 percent of carbon dioxide emissions could be recycled in this way.

The system is only a concept at the moment, and the researchers estimate that it will take several years to realize the system in the real world. The next step is to develop a prototype of the system to test out the experimental elements in practice.

In this article: carbon dioxide, emissions, epfl, tomorrow, transportation, trucks
All products recommended by Engadget are selected by our editorial team, independent of our parent company. Some of our stories include affiliate links. If you buy something through one of these links, we may earn an affiliate commission.