35k vehicles are being recalled to fix the issue.

Driver assists can help make our trips much safer, but integrating software decisions into the control of a vehicle could cause serious problems if the system glitches at the wrong time. According to Mazda, "Incorrect programming" in its Smart Braking System (SBS) can make fourth-generation Mazda3 vehicles to falsely detect an object in their path while driving and automatically apply the brakes while driving. The problem affects 35,390 2019 and 2020 model year cars in the US, but Mazda says it is not aware of any injuries or deaths as a result of the defect.

If the issue occurs, the driver will notice because their car has suddenly stopped, and also as an alarm sounds and a message is displayed on the in-car warning screen. Some Reddit posters report experiencing situations of the system activating while driving with nothing around, and note that while the system can be disabled, it appears to re-enable itself every time the car starts. 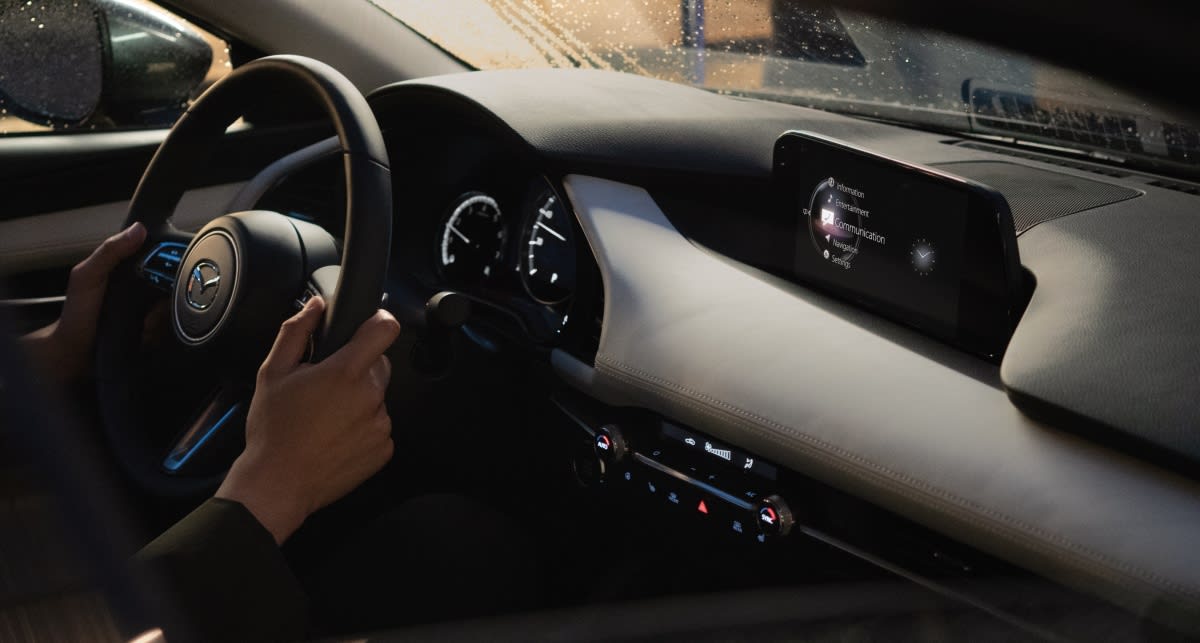 Autoblog reports that while some vehicles will simply need to have the system updated or reprogrammed, certain cars with early build dates might need to have their entire instrument cluster replaced or reprogrammed. It's a scary issue, but we've seen Mazda update its cars software to deal with real-life bugs, and the newly-redesigned Mazda3 has already seen a recall to make sure its wheels don't fall off.

Hopefully they get this issue taken care of quickly -- notifications will go out to owners by mail by February 17th next year, or they can contact the automaker for more information -- especially as automatic emergency braking is becoming a commonly-installed feature. Automakers including Mazda have committed to having systems for most cars and trucks by 2022, and a recent update from NHTSA shows most of them are well on their way.