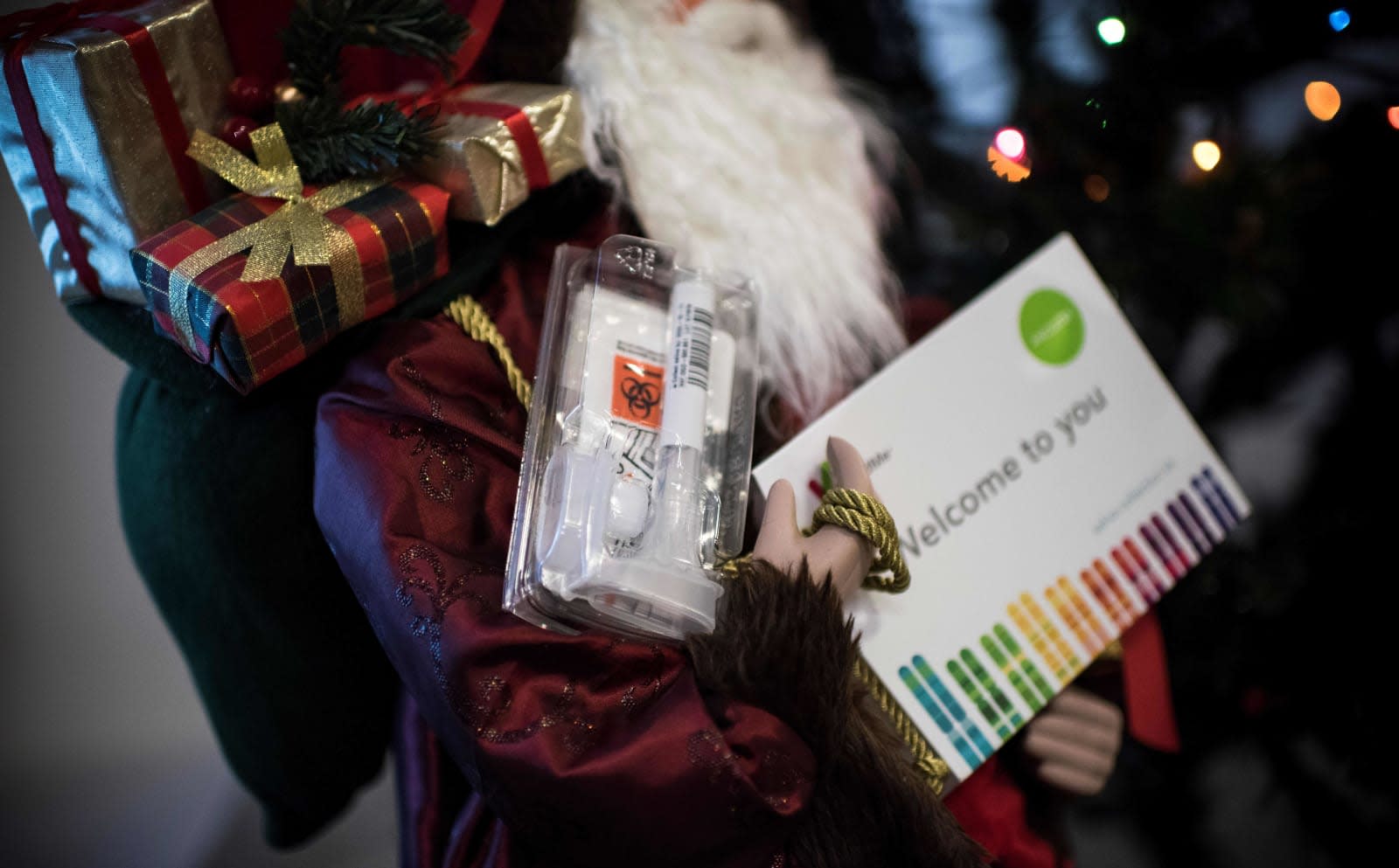 The Pentagon has recently circulated a memo advising military personnel not to do at-home DNA tests, according to Yahoo News. It reportedly warned military members that mail-in commercial DNA tests are "largely unregulated and could expose personal and genetic information." They could also "potentially create unintended security consequences and increased risk to the joint force and mission," the memo read.

The Department of Defense likely released the memo just before Christmas, since purchasable DNA test kits are now seen as some sort of hot gift items for the holidays. In addition, the memo notes DNA test companies have been targeting military members with discounts. Pentagon spokesperson Cmdr. Sean Robertson has confirmed to The New York Times that the notice was sent to DoD personnel, telling the publication: "We want to ensure all service members are aware of the risks of Direct to Consumer (DTC) genetic testing."

Robertson explained that the "unintentional discovery of markers" for certain illnesses and conditions could end up affecting a service member's career. Unfortunately, he didn't expound on the exact kind of "security consequences" the Pentagon is worried about. As Yahoo News points out, though, the memo was signed by Joseph D. Kernan, the undersecretary of defense for intelligence. As such, it could've been part of of the Pentagon's measures to protect its personnels' biometrics data. Apparently, US intelligence authorities have been increasingly worried that other countries could use DNA, fingerprints and facial recognition information to expose American national security personnel.

Ancestry denies it targets military personnel in a statement sent to the NYT. Meanwhile, a 23andMe spokesperson assured the publication it does "not share information with third parties without separate, explicit consent from [its] customers."

In this article: DNA testing, gear, pentagon, security
All products recommended by Engadget are selected by our editorial team, independent of our parent company. Some of our stories include affiliate links. If you buy something through one of these links, we may earn an affiliate commission.