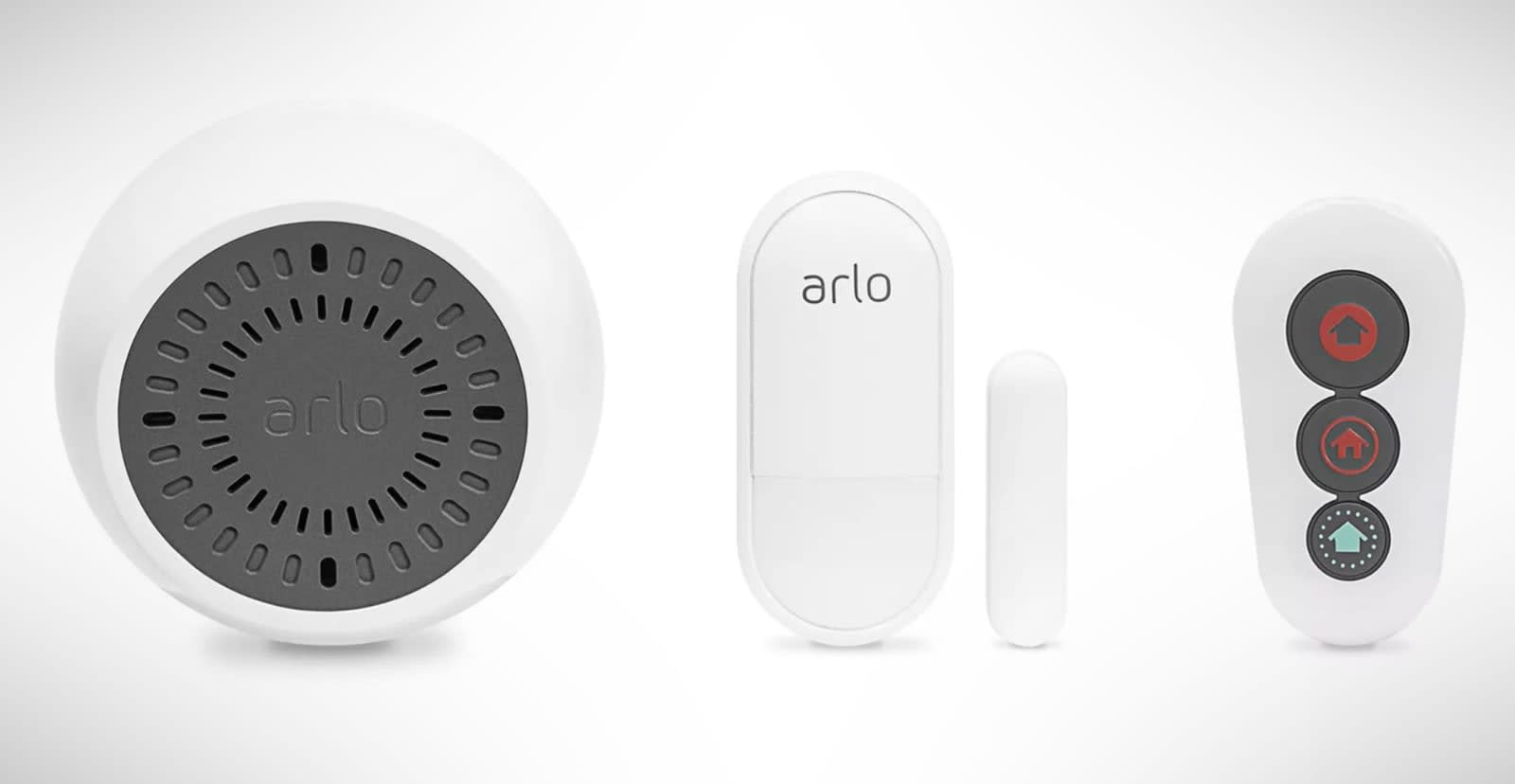 Arlo is already known for its 4K security camera and doorbell, but for CES 2019, the company has launched a complete security system. The key component is a new multi-purpose sensor that can detect window and door breaches, motion, smoke, carbon monoxide, water leaks and more. The other pieces are a siren, remote control and hub that works with Arlo's various cameras, along with Zigbee and Z-Wave devices.

HomeKit will be supported by Arlo's Ultra 4K HDR Wire-Free and Arlo Pro 2 security cameras systems via a firmware update in Q1 2019. It'll let iPhone and iPad users access the cameras using the Apple Home app or Siri commands. For instance, you'll be able to display a security cam livestream by asking Siri, or trigger HomeKit-enabled lights when the security cameras detect motion.

If the multi-purpose sensor detects an intruder, smoke or a water leak, it can push notifications to your phone and tell one of the cameras to start recording.The Arlo siren can frighten thieves by emitting strobe lighting, a siren or play a fake dog barking or TV audio. The system can be manually controlled by the remote control or supported third-party devices. You can set up other devices and do programming through the SmartHub, launched previously with the 4K camera.

Arlo is trying to attract other manufacturers with its "Work with Arlo" ecosystem, and will be upgraded later in 2019 to work with ZigBee and Z-Wave devices. It has already signed up Philips Hue, Sonos, Yale, Schlage and other partners. Whether or not the world needs another home security system is another question, but it launches in the second half of the year, with prices yet to be disclosed.

Source: Arlo (1), (2)
In this article: Arlo, ArloPro2, CES2019, gear, home, HomeKit, HomeSecurity, Multi-sensor, sensor, Siren, Siri, Smarthub
All products recommended by Engadget are selected by our editorial team, independent of our parent company. Some of our stories include affiliate links. If you buy something through one of these links, we may earn an affiliate commission.