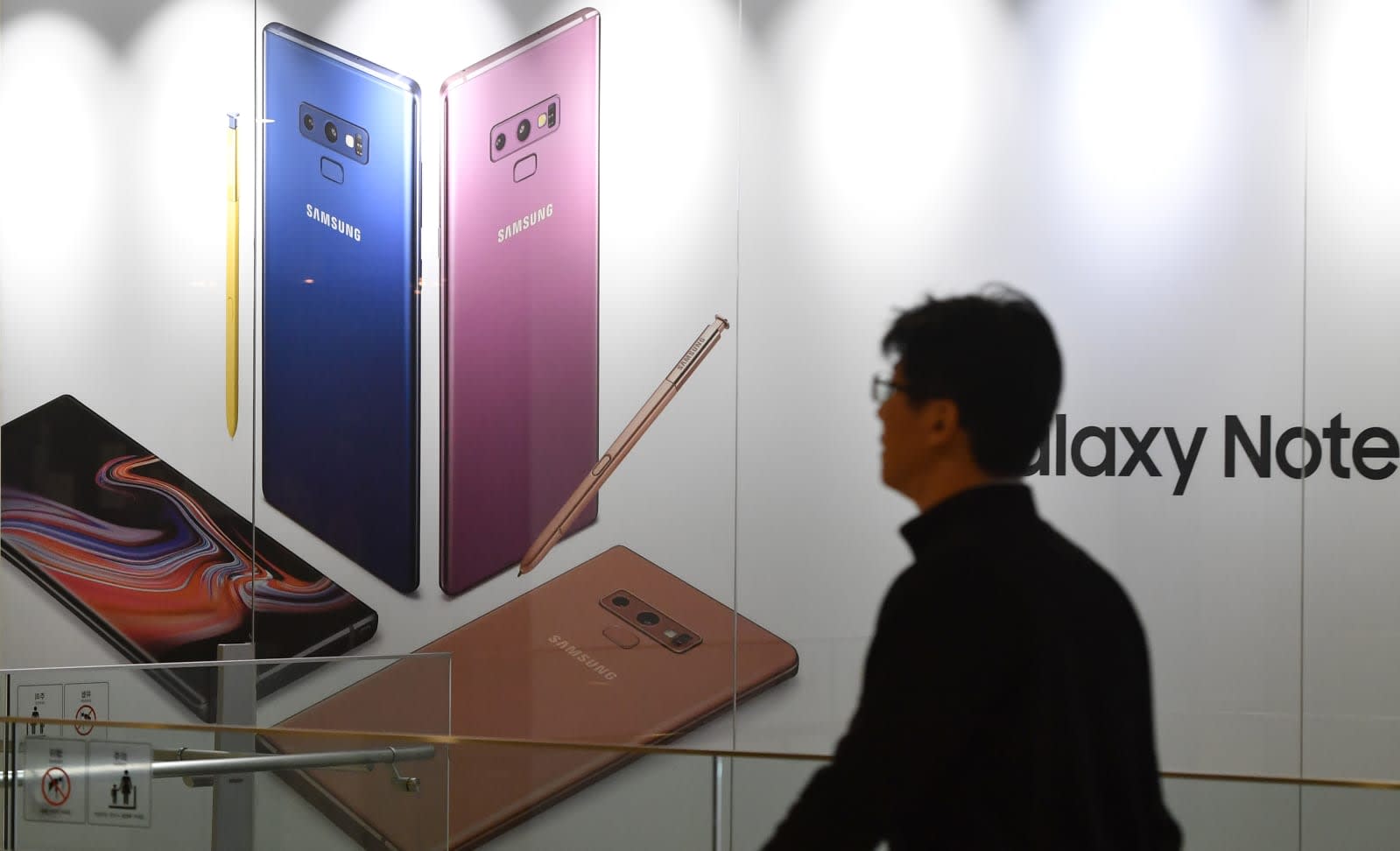 Apple isn't the only tech industry behemoth dealing with a rough fourth quarter. Samsung has warned that its earnings likely dropped significantly during the last three months of 2018 due to both tougher competition in the smartphone space and mediocre demand for memory chips. Analysts were predicting sales equivalent to about $56.2 billion, but Samsung now expects 'just' $52.7 billion -- not a huge drop, but disappointing for a company used to growth. Accordingly, the Korean firm now expects profits around $9.7 billion versus the $11.8 billion observers thought they'd see.

Tough times in the memory market will likely lead to so-so earnings in the first quarter of 2019, Samsung added.

The company didn't delve into specifics of what went wrong, but there are a number of potential factors at play. Samsung has grappled with falling sales of mid-range and budget phones, and it's facing stiffer competition at the high-end from Apple, Huawei and others. Throw in a slumping Chinese economy and the relative age of the Galaxy S9 (it's nearing the end of its initial lifecycle) and you have an audience that might not be eager to buy new phones, particularly pricey flagships like the Galaxy Note 9.

The grim outlooks of Apple and Samsung suggest that you could see trouble at other tech companies as well. They might not be facing a crisis, but the days of ever-growing profits and rosy expectations could be coming to an abrupt end.

Via: CNBC
In this article: business, earnings, galaxynote9, galaxys9, gear, memory, mobile, q42018, samsung, smartphone
All products recommended by Engadget are selected by our editorial team, independent of our parent company. Some of our stories include affiliate links. If you buy something through one of these links, we may earn an affiliate commission.