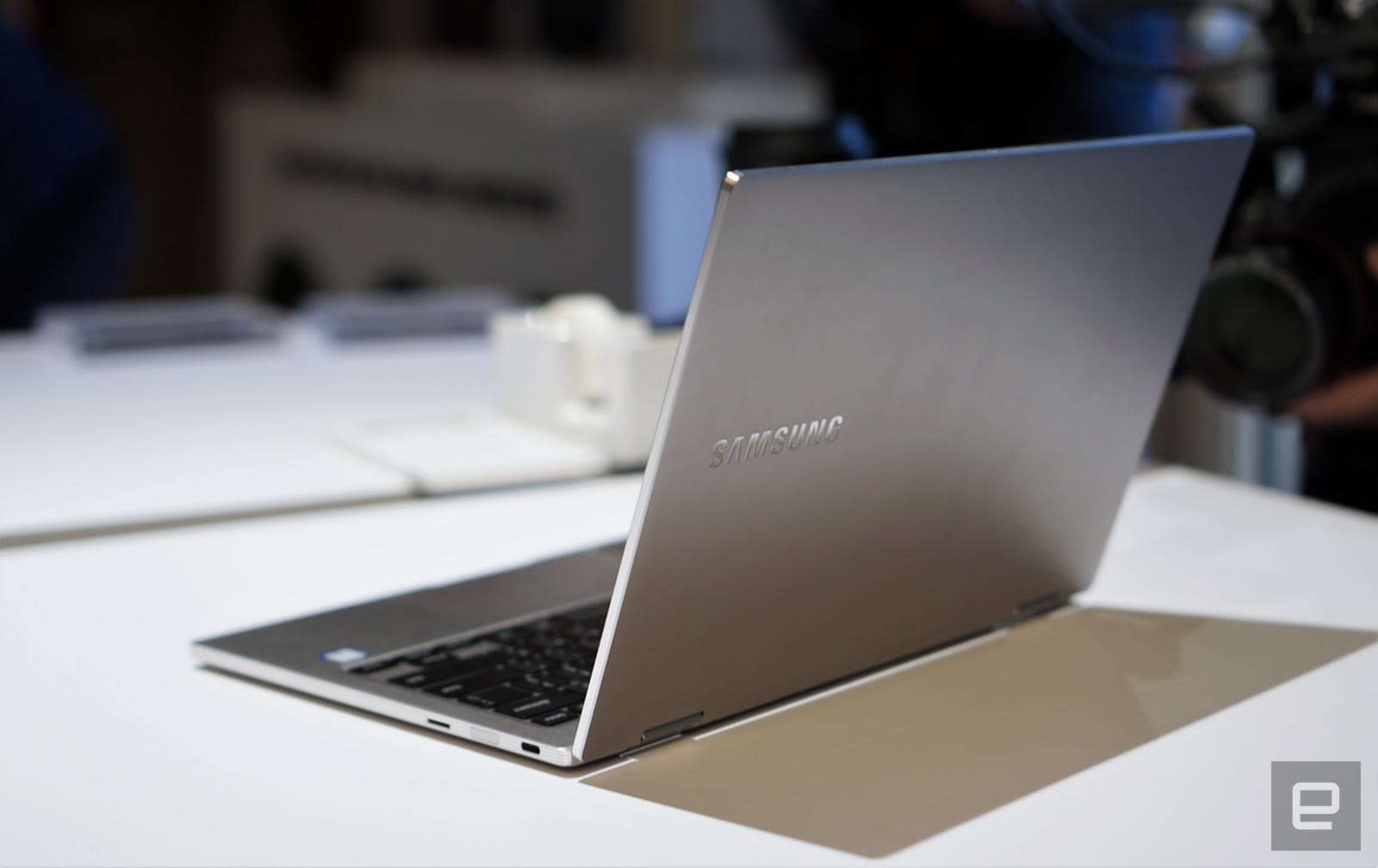 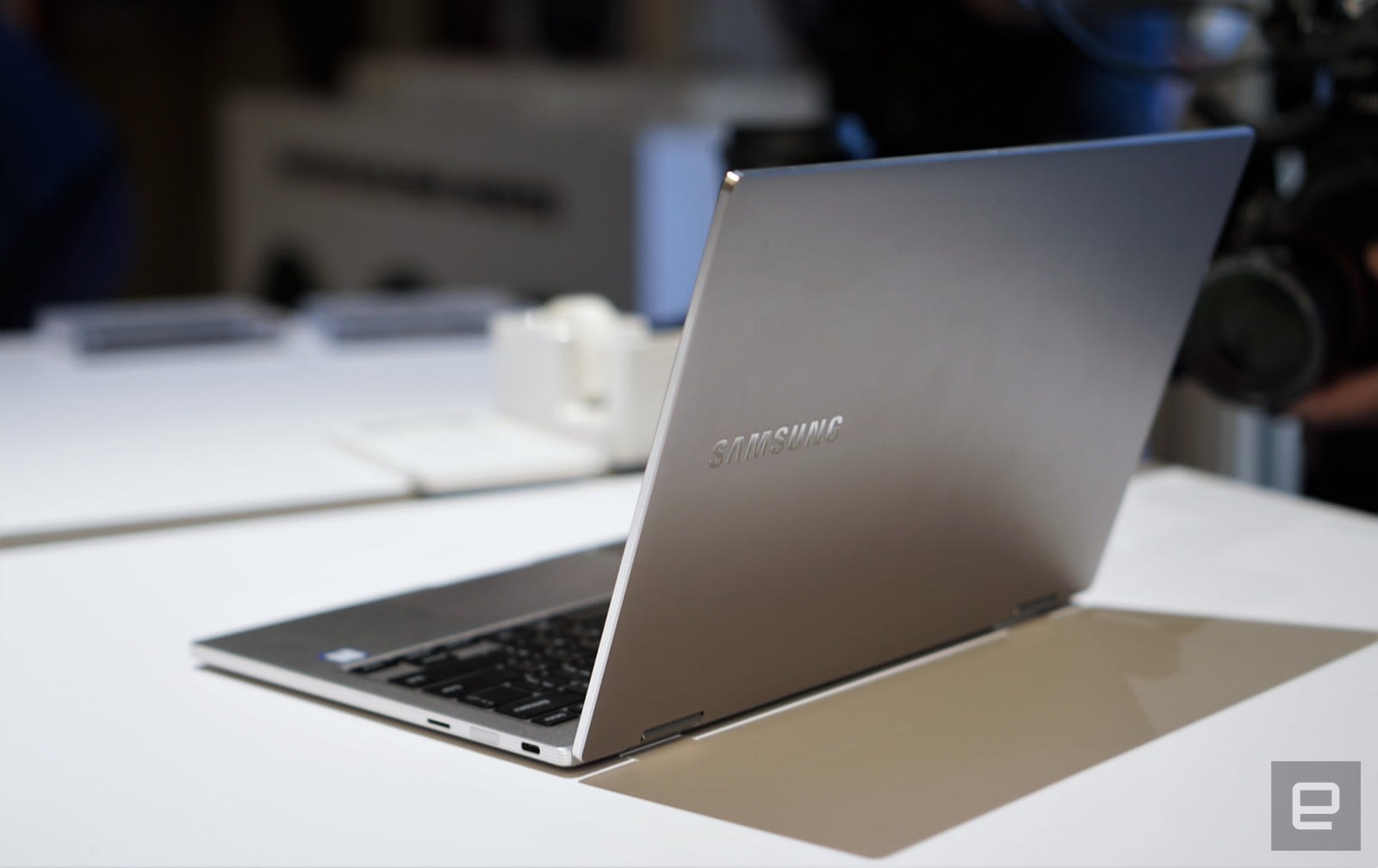 Samsung just debuted a new gaming notebook at CES, but it's not stopping there. Its latest Notebook 9 Pro 2-in-1 fixes plenty of the issues with the last model, while delivering a slightly more stylish look. It's the premium laptop Samsung is targeting at professionals who demand a light-yet-powerful machine, and it remains an area the company hasn't quite perfected. But that might change this time around. The 9 Pro features a sleek all metal case, and thin bezels around a 13.3-inch 1080p screen. There's tighter spacing around its keys, as well as a larger touchpad than the last model. You know, just about everything you'd want in a high-end ultraportable. It's powered by Intel's Core i7-8565U and 8GB of RAM, and for storage it packs in a 256GB NVMe SSD. At 2.84 pounds, the 9 Pro is on-par with similarly sized laptops. It feels light for its size, even when folded up into a tablet formation.

Samsung also packs in a stylus in the box, which feels adequate for sketching and jotting down notes, but it's nowhere near as comfortable as Microsoft's Surface Pen. Both the keyboard and trackpad feel like an improvement for Samsung -- there's not much key travel, but it's comfortable and easy to type on, at least. The larger trackpad give you plenty of room to swipe around, and it also feels smooth and responsive. 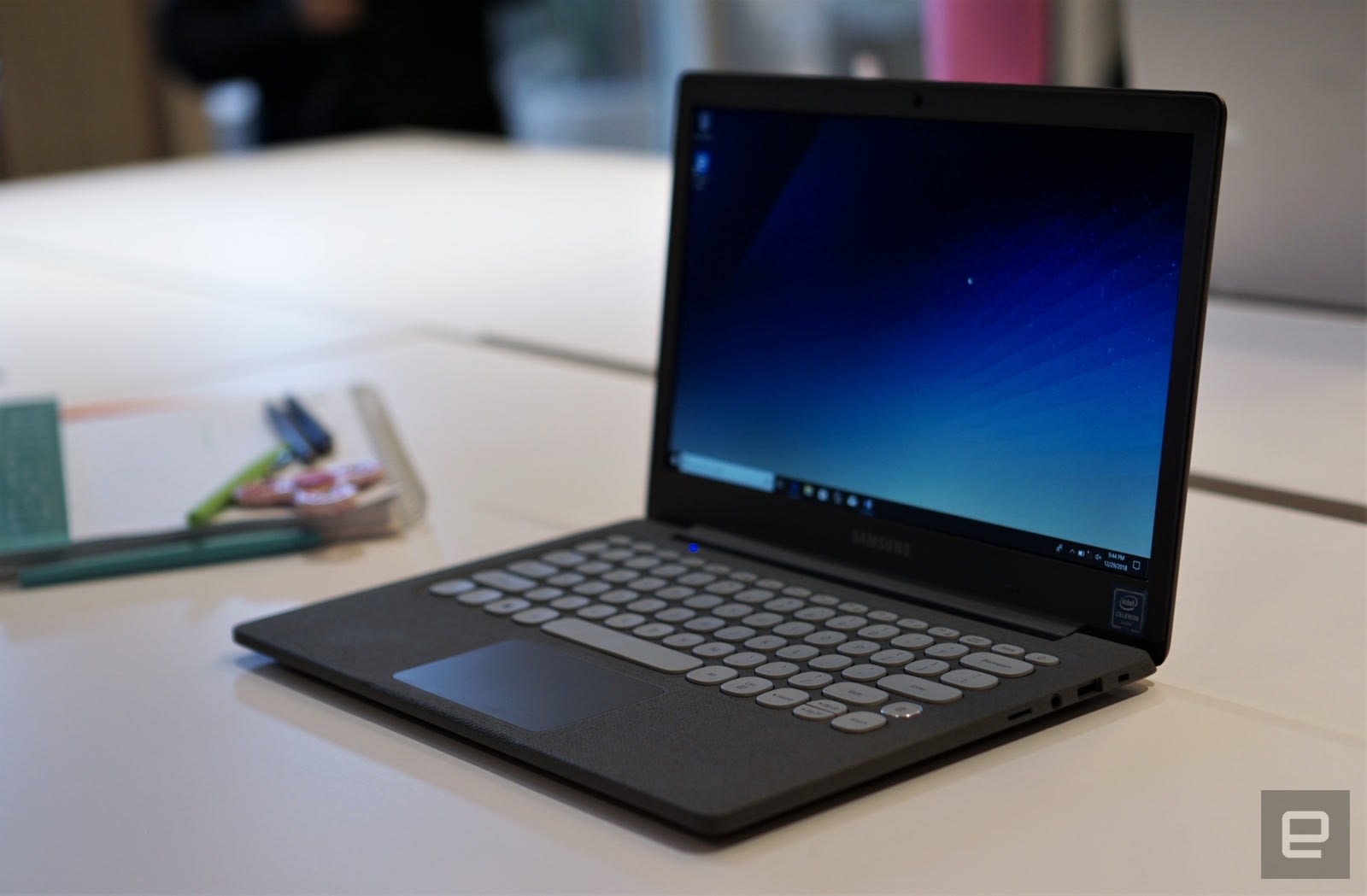 Alongside the premium Notebook 9 Pro, Samsung also unveiled the Flash, a $350 laptop that's geared towards kids. It's powered by slow Celeron and Pentium Silver processors, and a mere 4GB of RAM and 64GB of sluggish eMMC storage. But it has a case that feels like it'll survive a few falls, and its rounded typewriter style keys might be easier for small hands to type on. At that price, it could be an ideal Chromebook replacement for some classrooms too.

The NoteBook 9 Pro is coming early this year, but unfortunately, there's no pricing yet. You can get your hands on the $350 Notebook Flash on January 15th.

In this article: CES2019, gadgetry, gadgets, gear, Notebook9Pro, NotebookFlash, personal computing, personalcomputing, samsung
All products recommended by Engadget are selected by our editorial team, independent of our parent company. Some of our stories include affiliate links. If you buy something through one of these links, we may earn an affiliate commission.