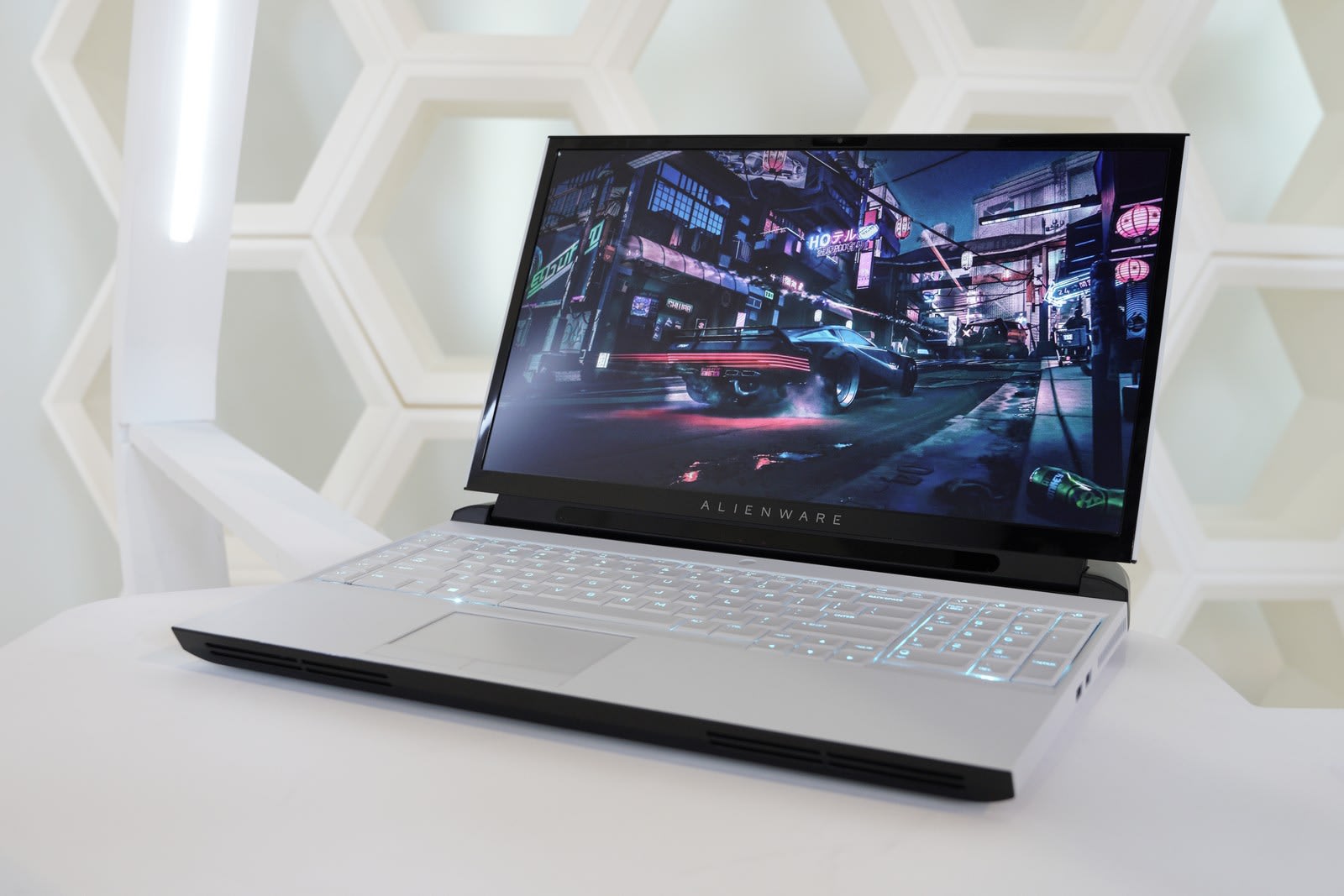 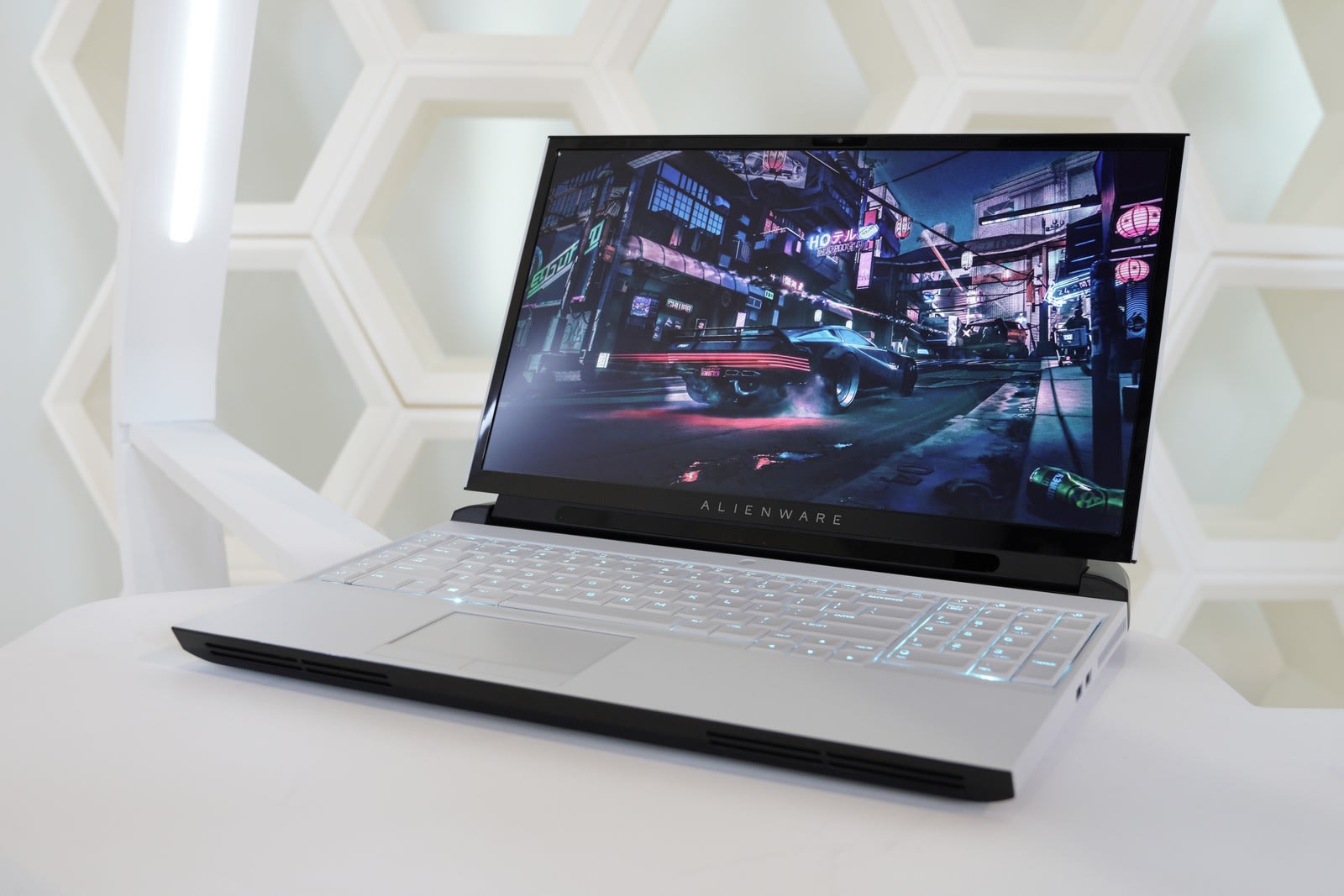 From the beginning, Alienware computers have been built with hardcore gamers in mind -- that explains the stylish cases and aggressive designs, which helped spark the rise of bold gaming PCs. But the Alienware brand was initially inspired by The X-Files and '90s-era science fiction, and that aesthetic hasn't evolved much since then. Now, it's time for something different.

With the Area 51m -- a reference to the company's very first laptop -- Alienware is making its biggest design leap in years. And it also includes something truly innovative for gamers: an upgradable desktop CPU and NVIDIA RTX 20-series video card. It gives a new meaning to the term "desktop replacement." With its rounded corners, and dare I say, subtle design, the 17-inch Area 51m doesn't look like something you'd expect from Dell's gaming brand. But that's precisely the point. 2016 marked the 20th anniversary for Alienware, and it gave the company a reason to explore an entirely new look. Once again, science fiction was a huge inspiration, but Alienware's designers leaned more towards sleeker fair, like Eve from Wall-E and the cyberpunk frenzy of Tron Legacy. This time around, they also pulled elements from video games like Mass Effect and expensive athletic wear, ultimately landing on an aesthetic that's both futuristic and modern.

The end result is a look that's more inviting look than Alienware's last batch of machines: It doesn't give off the vibe of being something just for gamers. Sure, the rear oval LED light looks like something you'd find in a glossy sci-fi movies, but it also wouldn't be out of place in a trendy modern art gallery. The multi-colored keyboard, meanwhile, practically invites you to lay your fingers down. The Area 51m will come in dark and light variants -- but it's the latter that feels truly fresh for Alienware. It steps away from the "edgy" and dark aesthetic that infects so many gaming PC products, instead it almost radiates light, warmth and modernity.

The Area 51m isn't just attractive on the surface, Alienware also attempted something entirely new with its hardware. The bottom comes off easily, allowing you to quickly get at all of the important bits. There's a full-sized desktop CPU (it supports up to Intel's top of the line 9th generation Core i9-9900K), a Dell Graphics Form Factor (DGFF) GPU slot for NVIDIA's RTX 20-series cards (up to the 2080), as well as replaceable memory and storage. In these days of sleek and impenetrable unibody laptops, it's hard to remember that we used to be able to access things like RAM and network cards easily in notebooks. But being able to swap out the CPU and GPU is entirely new territory, giving the Area 51m upgrade potential approaching a desktop. The only potential downside is DGFF, which isn't assured any GPU upgrades from NVIDIA or AMD yet.

Its 17.3-inch display comes in a variety of 1080p options: 60Hz; G-SYNC at 60Hz; 144Hz with Tobii eye tracking; 144Hz with G-SYNC; or 144Hz with both of those features. But unfortunately, you're stuck with 1080p for now. For gamers who mainly care about smooth gameplay at high framerates, that's not a huge issue. Still, a 4K screen would have been a nice option for a next-generation 17-inch notebook. I didn't get to see the Area 51m actually running any games, but the 1080p screen looked on-par with similarly sized competitors: It's bright (up to 300 nits), colorful and responsive.

At around 8.5 pounds, the Area 51m isn't as sleek and light as Alienware's recently announced m17, which weighs just 5.79 pounds (that's very light for a 17-inch gaming notebook). While I'd much rather carry around the lighter notebook daily, the Area 51m still feels easy to hold, especially if you're used to how large gaming laptops used to be. And of course, with that additional weight, you get the flexibility of unparalleled customization. Once you remove the bottom of the case, the Area 51m's motherboard resembles a desktop's, with the CPU, RAM and graphics all easily accessible. It even runs Intel's desktop Z390 chipset, so you can rest easy about future CPU support. The Area 51m almost feels like a desktop when it comes to storage. You can stuff in up to two 1TB m.2 SSDs, and up to a 1TB 2.5-inch hybrid drive. And since it has room to spare, you've got pretty much every port you need, including three USB 3.1 connections, a USB-C Thunderbolt 3 port, a 2.5Gbps Ethernet jack, a miniDisplayport, and HDMI 2.0. Alienware's Graphics Amplifier port will also let you plug in a desktop GPU if you'd like. The Area 51m comes with two power adapters -- you'll just need one to work on some documents at a coffee shop, but both are required to power the GPU. Dell is staying mum on battery life at this point, but given its power-hungry desktop CPU, I wouldn't expect much. 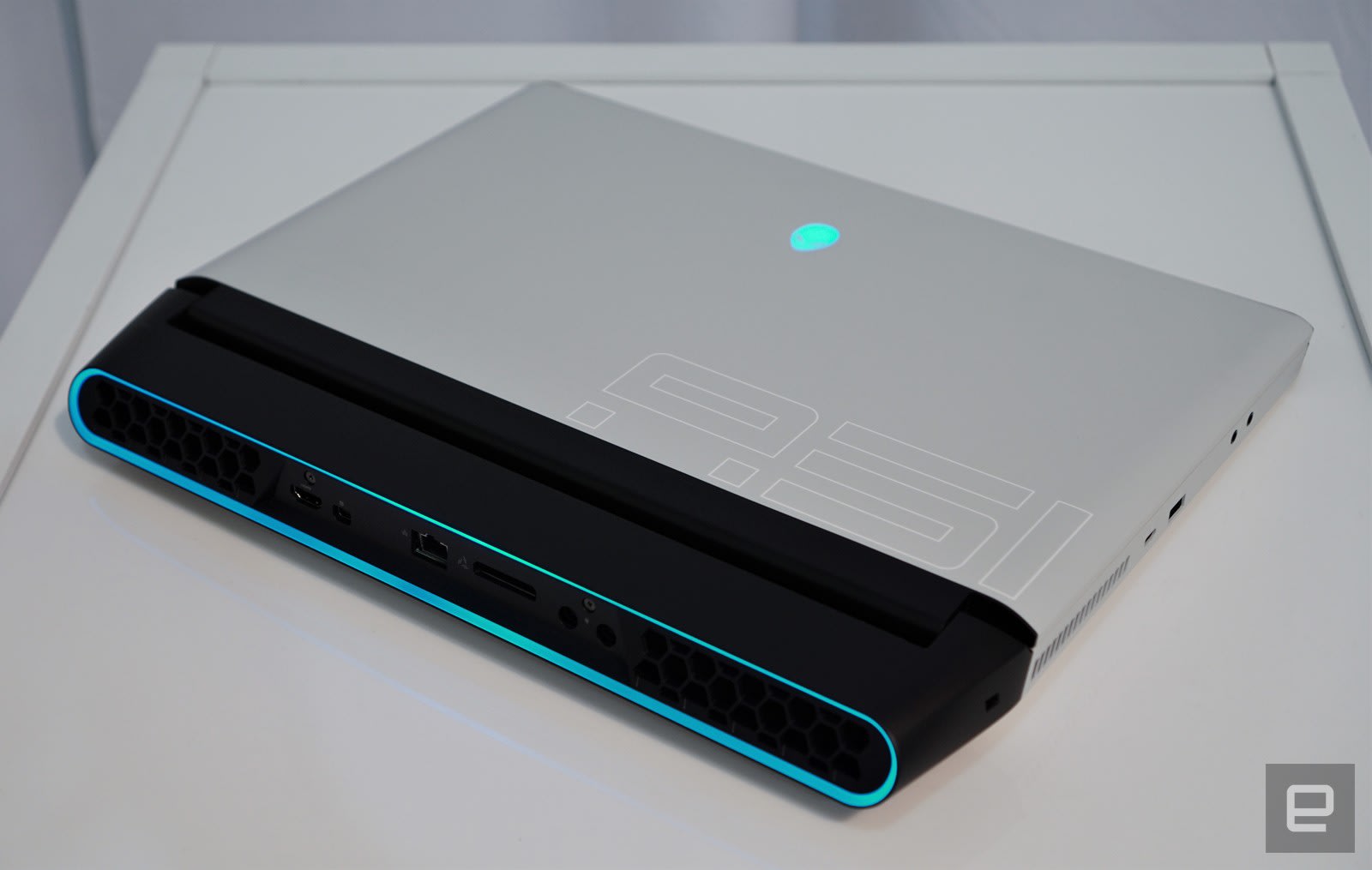 The biggest issue with the Area 51m at the moment is its price. It'll start around $2,549 when it's available on January 29th, almost a full grand more than the $1,650 m17. Dell says lower-priced configurations are coming soon, but I'd still expect them to cost a premium over its other 17-inch gaming notebooks. For some though, the price won't be an issue, especially if it delivers on the upgradability Dell is promising. Never underestimate a PC gamer's need to tinker.

In this article: alienware, Area51m, CES2019, dell, gadgetry, gadgets, gaming, gaminglaptops, gear, laptop, NVIDIA, personal computing, personalcomputing, RTX
All products recommended by Engadget are selected by our editorial team, independent of our parent company. Some of our stories include affiliate links. If you buy something through one of these links, we may earn an affiliate commission.