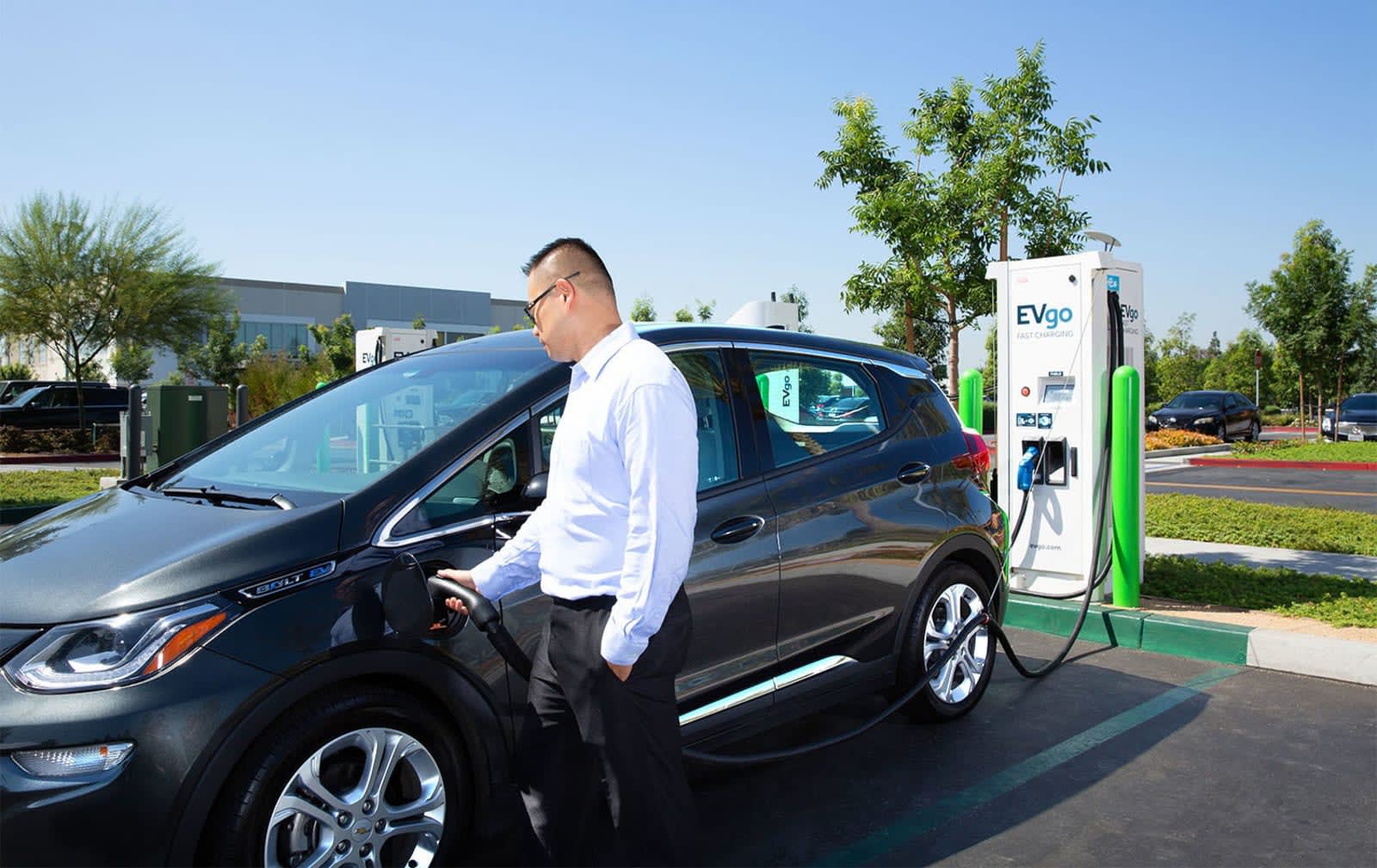 EVs like the Bolt are surging in popularity, but the US charging grid is still kind of a mess. GM has announced that it's doing something about it, collaborating with charging networks EVgo, ChargePoint and Greenlots. It'll gather data from the companies to use in a new version of its myChevrolet app, with the aim of showing Bolt drivers real-time info on more than 31,000 charging stations.

The data will appear on the app or the Bolt's built-in infotainment system, which should make it simpler for drivers to find the best station. That includes "real-time data on charge station health to report if a charging station is working, available and compatible with a Bolt EV... before or during a trip," the company wrote.

GM has pretty big electrification plans, saying it will launch 20 electric cars by 2023, including a couple of models this year. Like many other automakers, though, it's well behind Tesla in creating charging networks. As such, it has mostly relied on third-parties, for example by launching a US-wide fast DC-charging network with EVgo last year. GM said its latest partnership with the three charging networks should be finalized by the end of April, 2019.

In this article: ChargePoint, ElectricVehicle, EV, EVgo, gear, GM, Greenlots, myChevrolet, TL19EVCHRG, tomorrow, transportation
All products recommended by Engadget are selected by our editorial team, independent of our parent company. Some of our stories include affiliate links. If you buy something through one of these links, we may earn an affiliate commission.