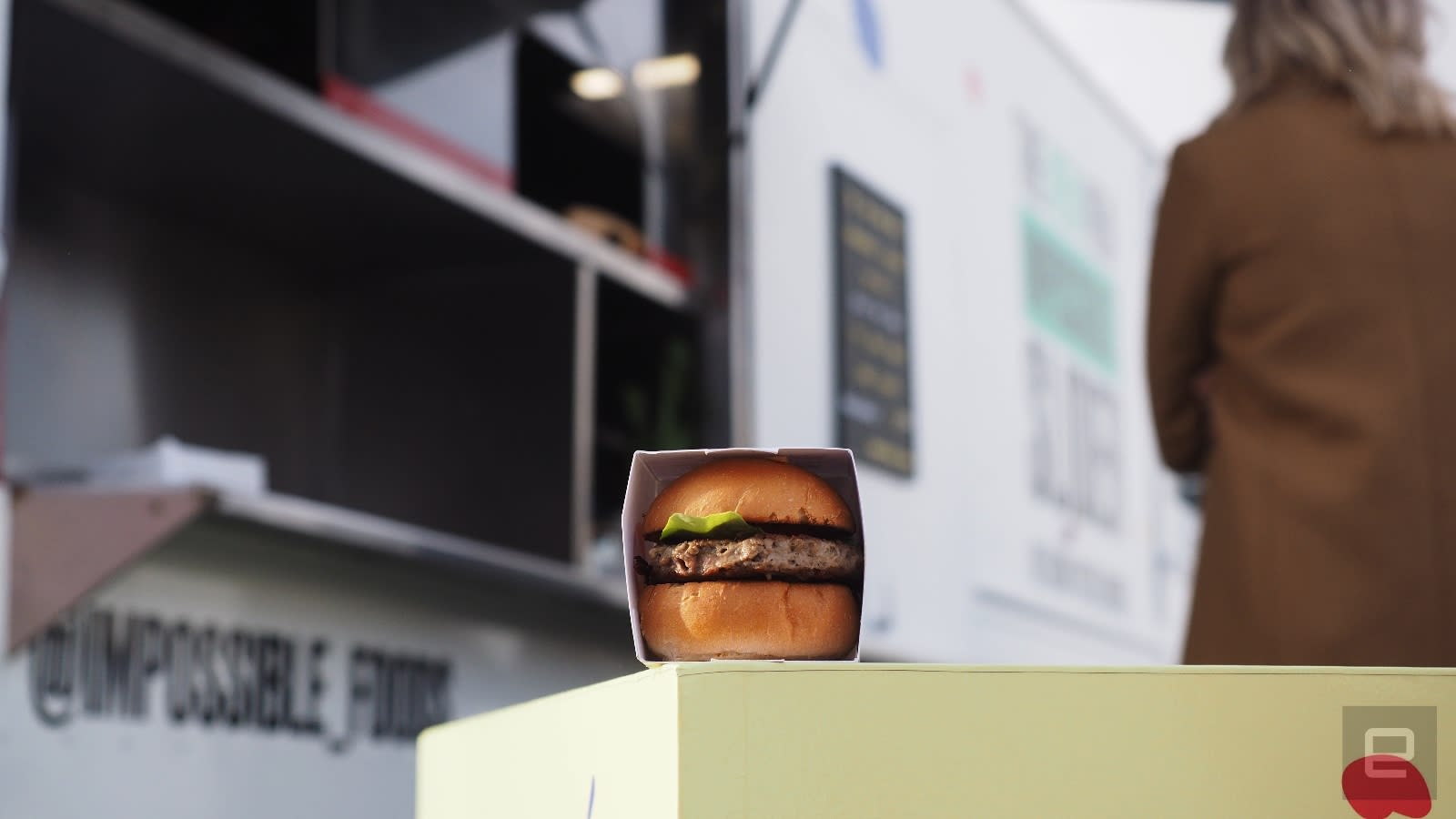 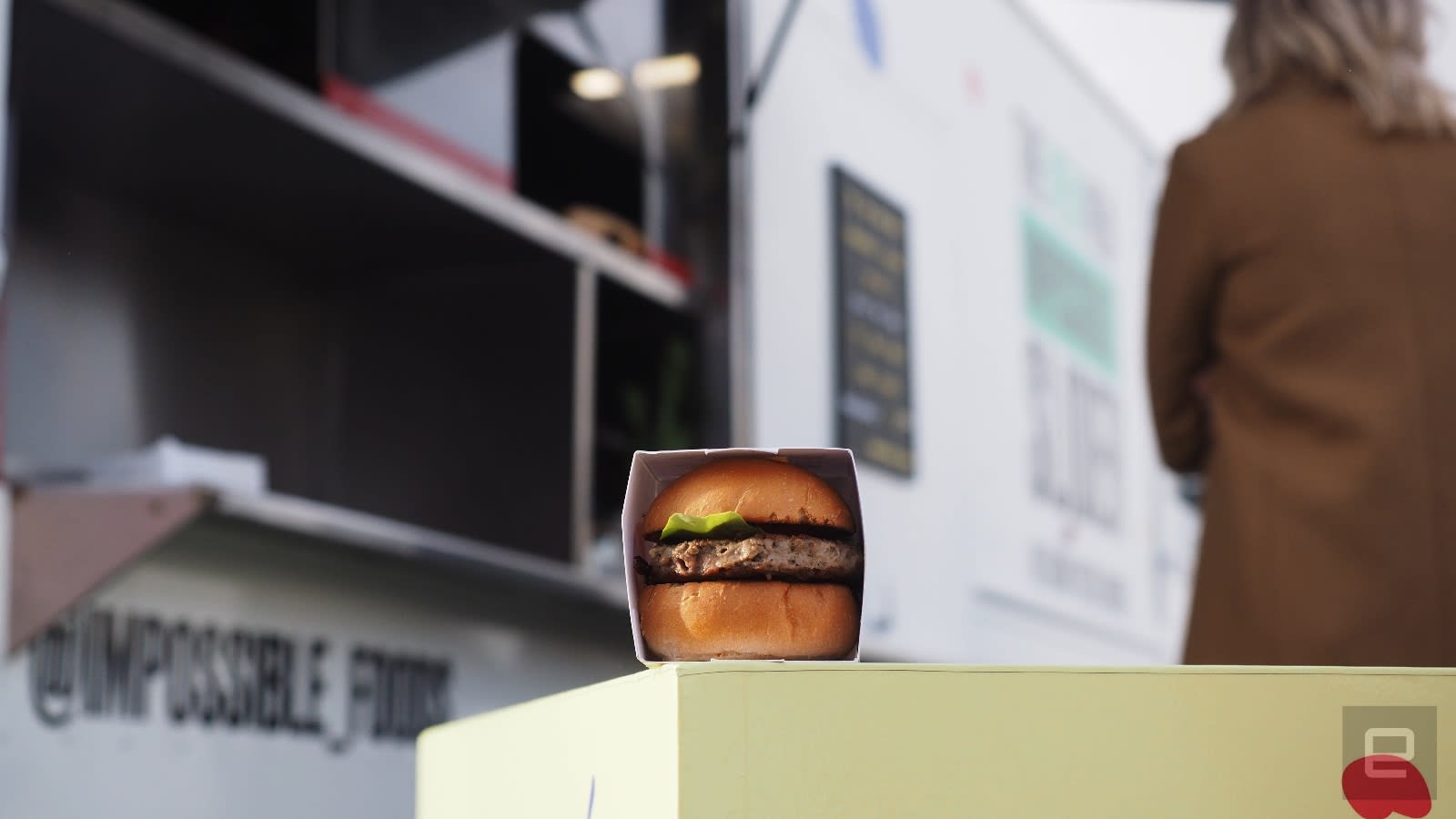 Inside White Castle on the Las Vegas Strip I met David Lipman, Impossible Foods's Chief Science Officer, whose father was a butcher. It's a funny quirk for someone who's working to sell a plant-based product to replace ground beef. Impossible Burger 2.0, revealed this week at CES, is a major upgrade, with an improved nutritional profile and crucially, a taste and feel closer to the beef burgers that you and I eat.

The new recipe, which has soft-launched at Las Vegas restaurants and White Castle's only outposts on the West Coast, will be at all White Castle and Umami burger branches by March and, more importantly, in grocery stores by the end of the year.

"After [the first Impossible Burger], we got really great feedback from folks at White Castle, chefs and consumers,' explained Lipman. The team then turned all that feedback, positive and negative, into quantitative targets. "Taste and texture? We can set scores for that." But versatility was a crucial aim for version 2.0, which can be used as a substitute for ground beef. The new recipe can go into sauces and can go on the BBQ -- something the original couldn't without losing its structure. "This is especially important, because we want to be in retail."

Impossible Foods, alongside Beyond Burger, is looking to cast a further net than just burger restaurants, and the new recipe squarely addresses the limitations of the first burger.

It's already started. "We've done consumer testing where they get a brick of [Impossible Burger] 2.0. They cook it and it's transformational." said Lipman. "'I can do whatever I want. I can make pasta or tacos'. It changes their understanding of what the product is."

Testing falls to a trained cadre of internal tasters. "It takes a while to train them — and test them," Lipman explained.

"They have their own special vocabulary, and they're not really telling you whether it tastes good or not. It's more like, 'It has this kind of property'." Once the recipe is settled, then testing goes to the public. Impossible Burger 2.0 apparently has double the approval scores of the original in blind preference tests.

After meeting Lipman, I ordered a White Castle Crave Case: 30 hamburger sliders neatly packaged together in a fast-food briefcase. Back at the Engadget trailer, writers, editors and video crew make quick work of them. Several go back for a second slider. This is what they thought: "It's 100 percent better than this sandwich I picked up." "I absolutely did not enjoy that burger." 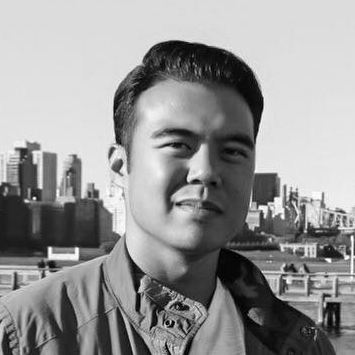 "I thought it was just a White Castle burger. If you didn't tell me it was an Impossible patty, I wouldn't have known." "Better than I expected." "With White Castle, my expectations are not high. Normally I get really sleepy after eating the sliders. I feel fine this time, though."

The Impossible Burger at White Castle not only uses different materials, but the team fries the patty on different onions and use different bread to suit how the 2.0 burger cooks.

The nutritional profile was also upgraded for 2019. Impossible Foods could reduce calories, salt and fat, and even increase the quality of protein. "To do that... we took everything we had already learned, but not just to make an incremental change. We went for something different." 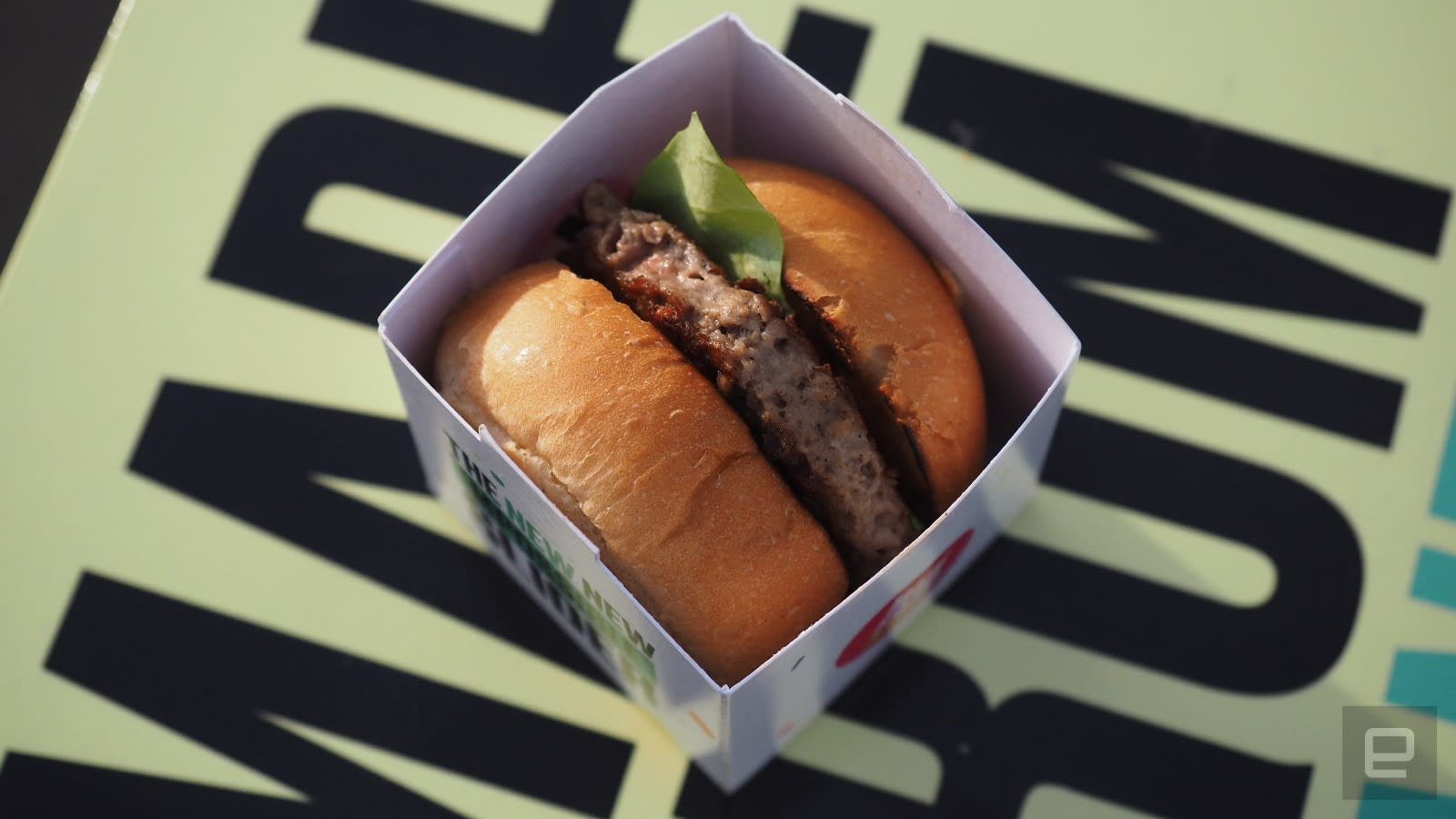 How does one scrutinize chew? Or mouthfeel? According to Lipman, mouthfeel "is affected by so many things: the type of protein, how it's processed, how do we hydrate it?"

Fortunately, the company is reaping the benefits from its debut burger. While it's asked consumers which recipe they prefer during development, they also take in comments. According to Lipman, they got "hundreds of thousands of them. If you mess up, it's pretty clear. When you're on track, you start to see a theme."

But is it really necessary that the Impossible Burger tastes like a beef burger? According to Impossible Foods, its burger is aimed to be something you think is beef. Lipman said: "This recipe is out there. White Castle is carrying it, and we can keep improving it. The amount we're improving -- we're rivalling beef with what we call the likability score."

"Once we start to get the score inching above [beef], maybe [Impossible burger] will have a subtle pork flavor -- we don't know."

From the beginning, Impossible Foods has studied other meats and has already filed patents for them. "Half of beef is ground, other is solid -- cuts like steak. We are looking into them. In fact, we learn how to tune the flavor of beef by looking into these other meats." Lipman reaffirmed, however: "The focus is on beef -- the most destructive [farmed meat]."

Beyond the US, Impossible Foods is selling burgers in Hong Kong and Macau, and is set to land in Singapore later this year -- its focus for now is Asia. Lipman said: "We have to go everywhere -- and we want to." 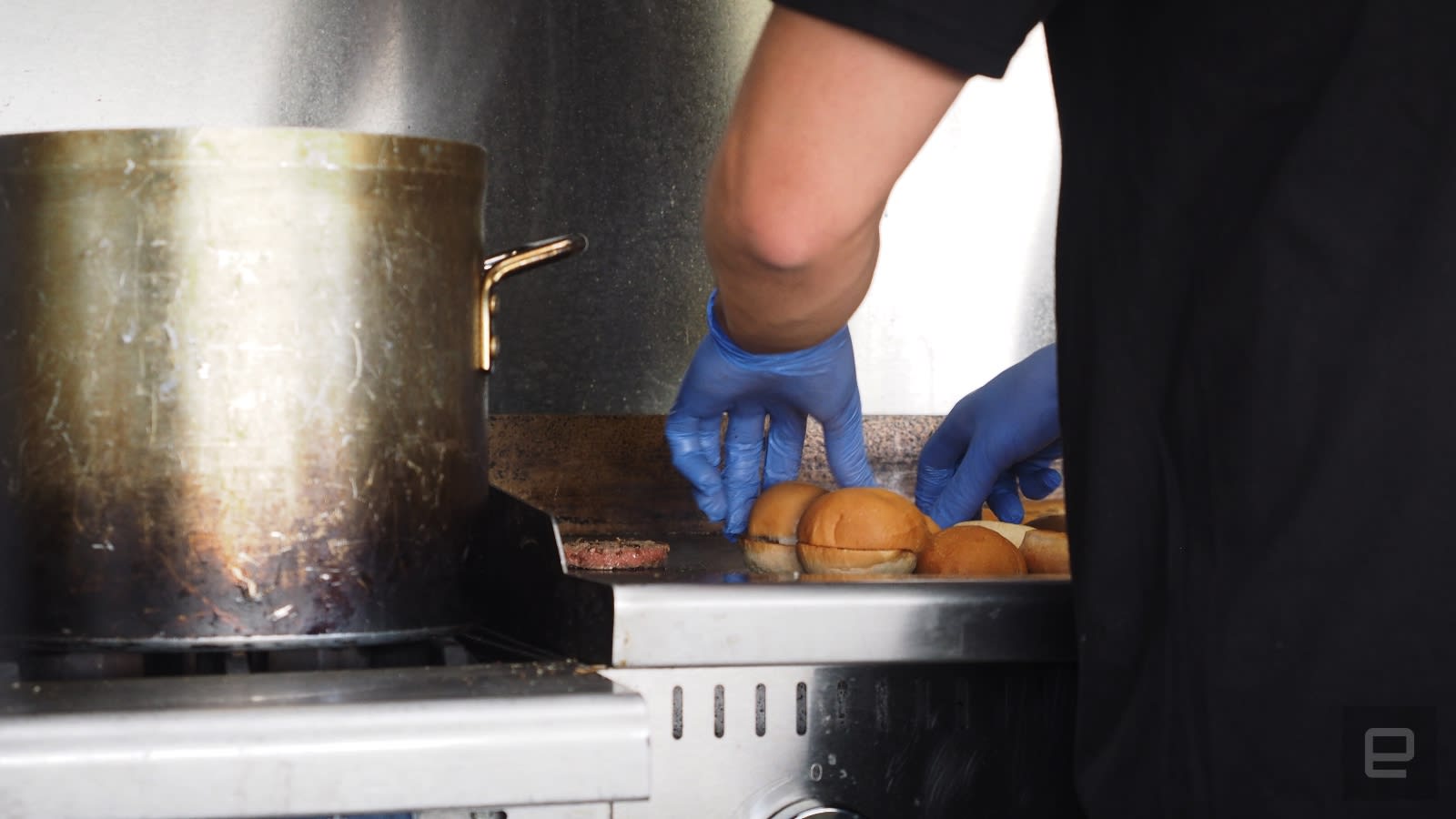 White Castle is a way to get to everywhere faster, at least in the US. However, it's not the first place you'd expect to find lab-created patties masquerading as beef. Kim Bartley, CMO at White Castle said: "We're going to be 100 years old in two years. Our way of looking for new products is that we don't want to do what someone else has done."

Years earlier, White Castle had an eye on lab-grown meat. And it was interested. "Our Chefs tried an array of meat alternatives -- and Impossible Burger was by far the best," said Bartley. (Lipman interjected: "It meant a lot to us -- they know their burgers.")

And White Castle customers know their White Castle burgers. The small sliders are an obsession for many. The chain peppers the east coast and the midwest, although two Las Vegas outposts are its only west coast presence.

Afraid your favorite late-night guilty pleasure won't taste right without actual cow? Bartley, who's worked for the company for 30 years, said the Impossible version remains "very close to what people expect from a cheeseburger."

"You have to like onions. We don't disguise the flavor. It's a real meaty taste." added Bartley. "White Castle had a veggie burger, but it tasted different -- not like beef. Lots of customers felt validated [when the chain introduced the original Impossible Burger patty.]"

Bartley added: "People who were shifting their diet away from red meat told us: 'Thank you for giving me a reason to come back.'"

In this article: ces2019, food and drink, food-and-drink, foodanddrink, impossibleburger, impossiblefoods, interview, meatsubstitute, plantbasedprotein, TL19FOODSCI, tomorrow, WhiteCastle
All products recommended by Engadget are selected by our editorial team, independent of our parent company. Some of our stories include affiliate links. If you buy something through one of these links, we may earn an affiliate commission.