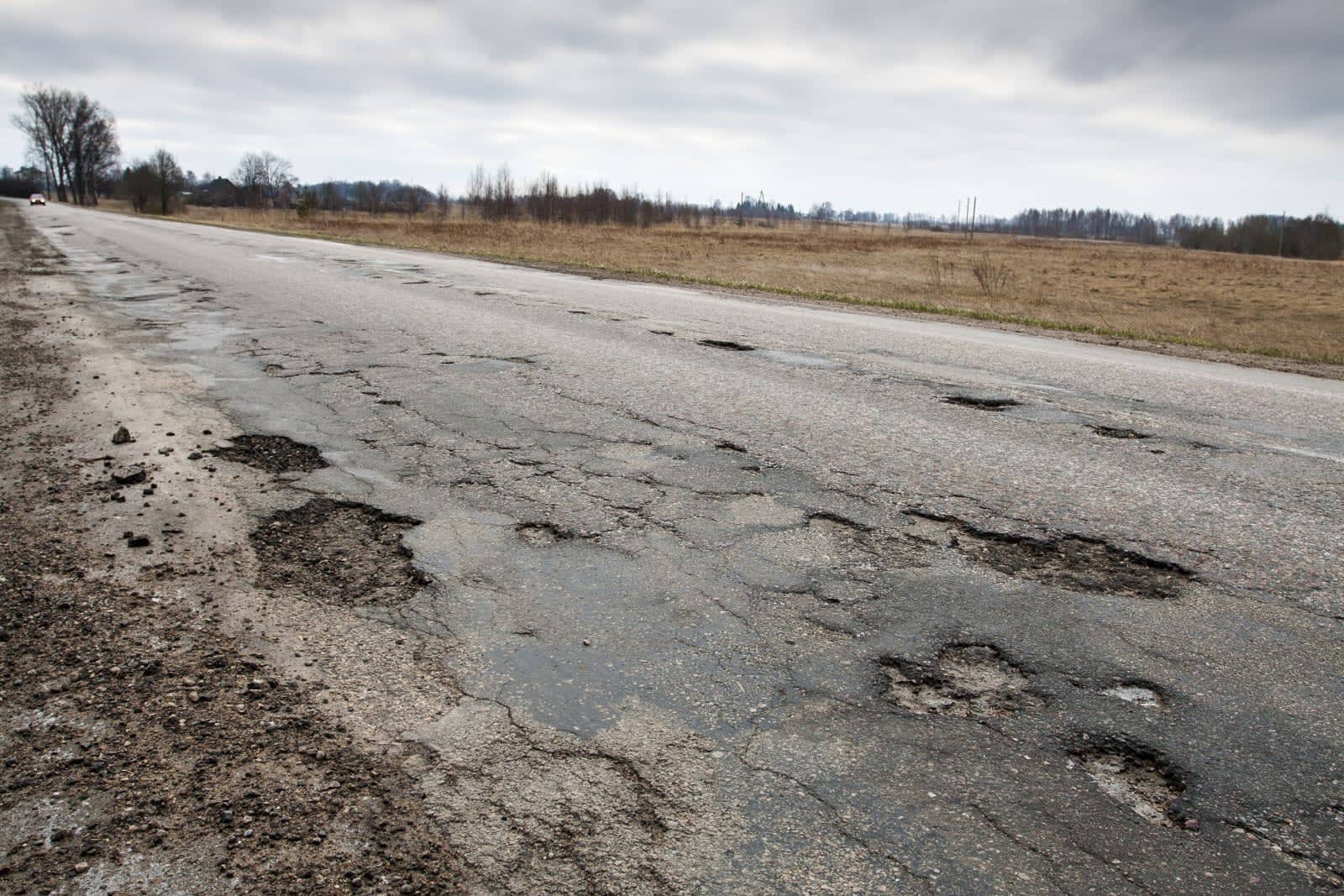 America's infrastructure is crumbling around us. The American Society of Civil Engineers' latest Infrastructure Report Card, from 2017, rated the nation's roads, bridges, airports and water systems at a paltry D+ -- the same grade received four years prior when the report card was last issued. However, recent advances in a novel form of concrete could help us rebuild our roadways to be stronger and more resilient than ever before.

It's called Engineered Cementitious Composite, ECC for short, or simply "bendable concrete." Originally developed in the early 1990s by Dr. Victor Li, a civil and environmental engineering professor at the University of Michigan, ECC is to normal concrete what the Six Million Dollar Man was to Steve Austin: better, stronger, and more expensive in every way.

This cost increase, Arce explained to Engadget, is due to the component materials that go into it. Dr. Li's mix utilized micro silica sand, which is near impossible to mine stateside and expensive to import, as well as polyvinyl alcohol (PVA) fiber. However, Arce's team has found more reasonably priced and locally-sourced materials that can provide the same benefits at a fraction of the price -- a cost-saving that can be duplicated virtually anywhere in the world.

By using fine sand from the Mississippi River rather than micro silica, PVA fiber that lacks the usual oil-based coating used in this application, and locally available fly ash rather than conventional concrete, Arce's team has produced an ECC that only costs 2.5 times what regular concrete would.

Now, dropping the price of ECC from four times the price of regular concrete to 2.5 times may not sound economically feasible, but they only need to use half as much material to perform the same function.

"When you factor in the possibility of building pavements at half the thickness and the enhanced construction productivity due to the ability to construct pavements without joints, the cost of pavements with our ECC material should be comparable to that of traditional concrete," Arce explained in his December statement. "ECC has the potential to provide more durable and reliable concrete pavements that can mitigate the necessity of recurring repair, saving time and money." 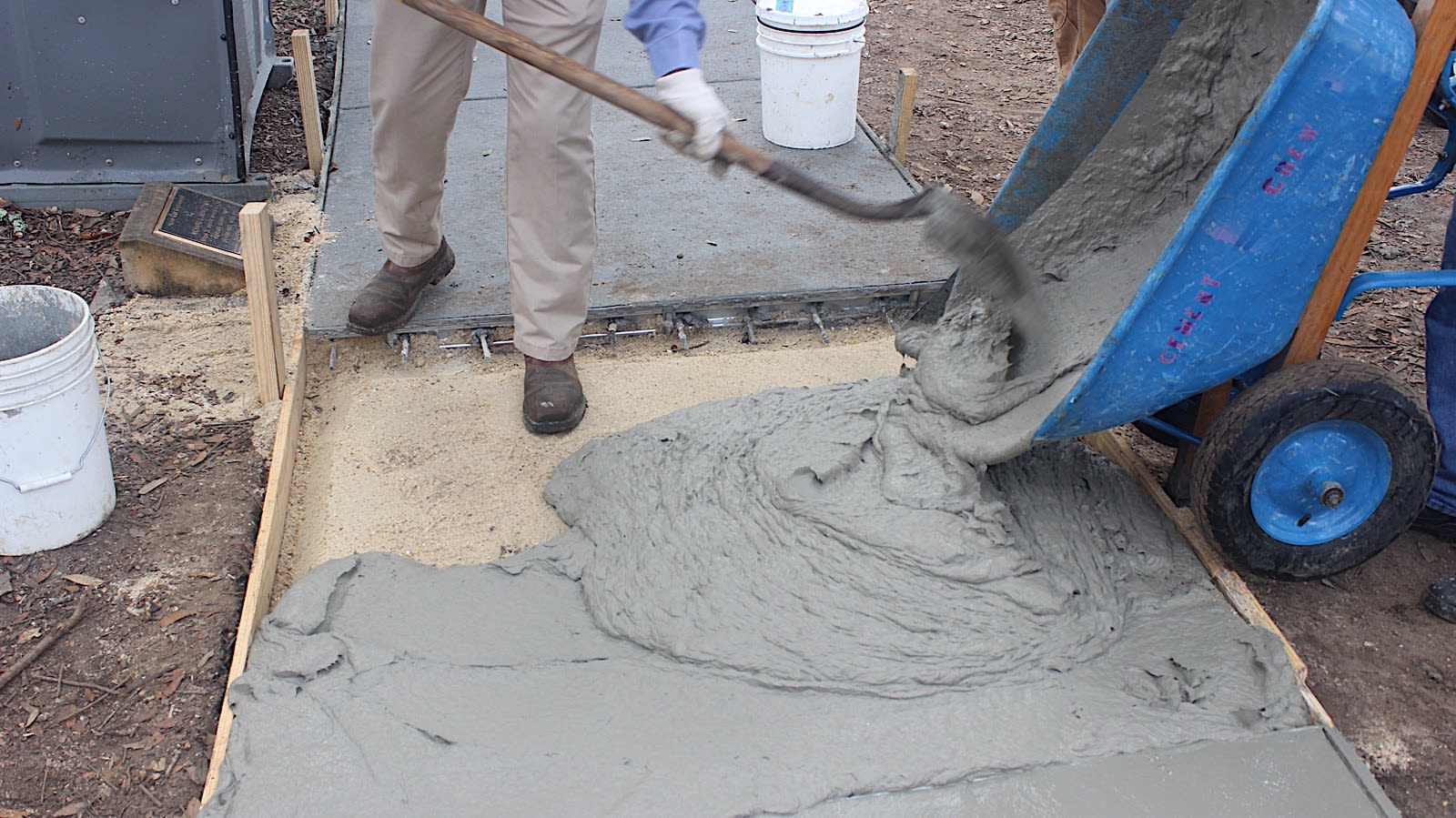 Its flexibility is the key. When regular concrete is exposed to cyclical temperature changes and wet weather, it has a tendency to crack -- especially when it is also stressed by countless cars, trucks, and semis rolling over it. "If you have moisture inside the concrete, you have a freeze-thaw cycle when water freezes, it expands and generates internal pressure and actually breaks the concrete because [the material] cannot sustain the expansion going on inside it," Arce said. It's even worse if water is able to make its way through the concrete entirely, washing away the ground underneath it and setting the stage for potholes.

ECC, on the other hand, doesn't suffer from this effect as its ductility is rated between 100 and 500 time that of conventional roadway materials. Since ECC is capable of bending, it can stand up to heavy traffic even if the substrate below it has been washed away. What's more, given the material's resistance to cracking, the chloride from road salt has a much tougher time penetrating and corroding the metal supports beneath it (ie on bridges and overpasses). Best of all, ECC can be used as a patch over existing concrete, improving its resilience without requiring the entire structure be torn down and rebuilt.

Unfortunately, LSU's ECC mix isn't quite ready for use just yet. It must first be put through its paces at the Louisiana Transportation Research Center Pavement Research Facility. There, researchers are constructing a 210-foot long test roadway which will undergo accelerated wear testing over the next few months. The tests are expected to last about a year and the data they generate will help the researchers fine tune the mix. Arce hopes that the ECC his team has developed will be ready for widespread deployment within the next decade.

In this article: concrete, ECC, EngineeredCementitiousComposite, infrastructure, Louisiana, LSU, tomorrow, transportation
All products recommended by Engadget are selected by our editorial team, independent of our parent company. Some of our stories include affiliate links. If you buy something through one of these links, we may earn an affiliate commission.