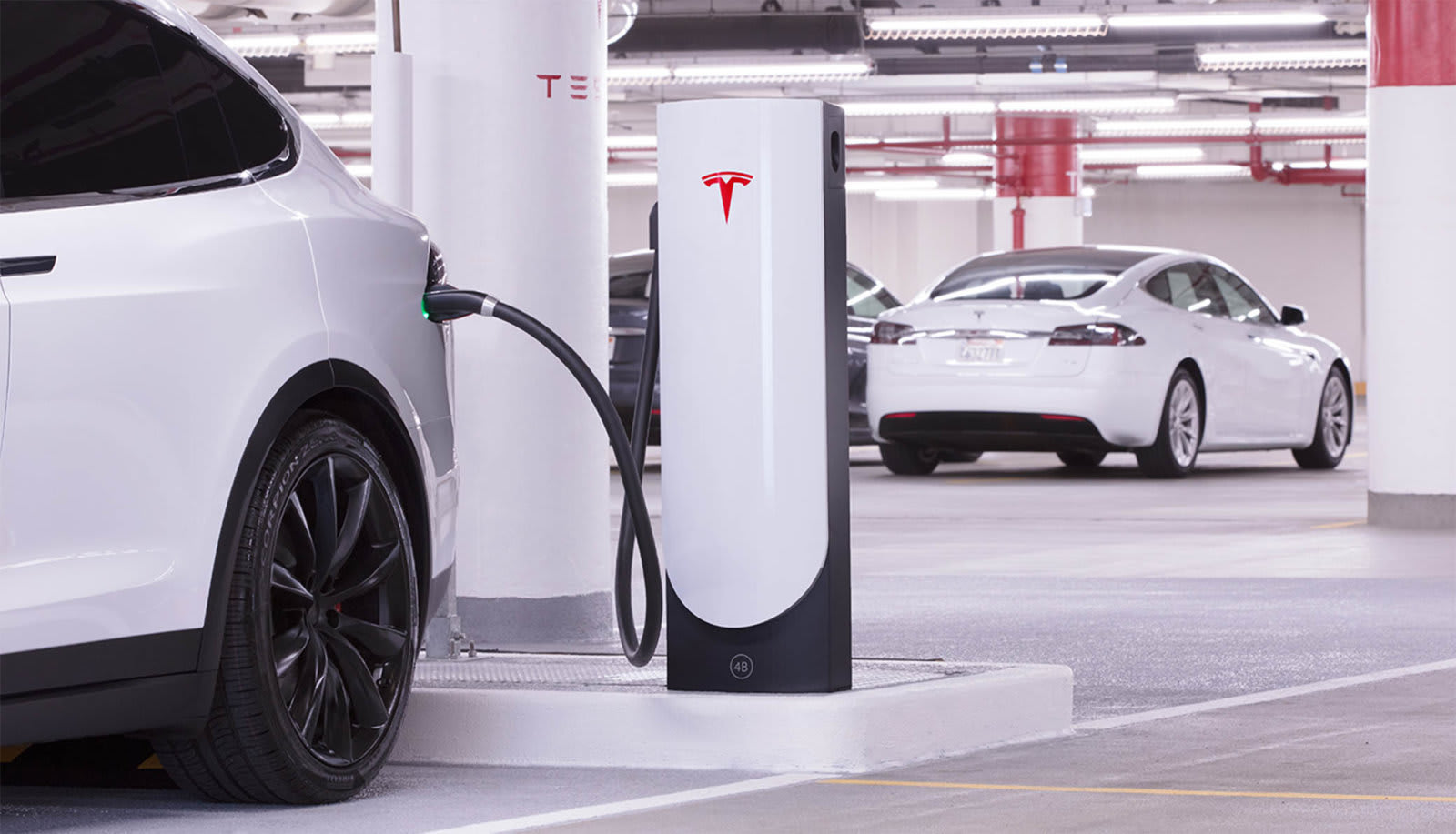 EV owners know what it's like to live with range anxiety, but Tesla's latest investment might make those travel concerns easier to live with. Earlier today, the company confirmed its plans to purchase San Diego-based Maxwell Technologies in a $218 million deal that should see the electric car maker produce more efficient, longer-lasting batteries for its vehicles.

Improving battery performance has been the holy grail for EV makers, and with so many companies now vying for attention, the race is on to make sure drivers don't need to charge their cars as often. It's little surprise, then, that Tesla had its eye on Maxwell — after all, the company has lots of experience with traditional lithium-ion batteries. In a paper published last year, Maxwell researchers Joon Shin and Hieu Duong said the company had developed "dry" battery electrodes that allowed for "unparalleled energy density and enhanced cycle life" compared to more traditional designs. And because Maxwell's production process doesn't involve toxic liquid solvents, it happens to be easier on the environment, too.

The lure of improved lithium-ion batteries would be tempting for any electric car company, but Maxwell's work with ultracapacitors may also provide hints at Tesla's future plans. In short, ultracapacitors are solid-state (that is, non-chemical) power sources that are better at delivering quick bursts of power when needed than more traditional and are well-suited to being recharged while braking. If those sound like pluses for electric vehicles, you'd be right — they're already used in certain hybrid buses, and Tesla fans have debated their potential benefits for Musk's cars for years now.

Tesla's founder has long been interested in ultracapacitors and their potential (he nearly researched them as part of a PhD program), and the Maxwell acquisition might give Musk the talent needed to try them out in future vehicles. If nothing else, though, Tesla's latest purchase just might be enough to give it an edge over incumbent car makers -- until they go out and buy their own innovative battery companies, that is.

Via: TechCrunch
In this article: batteries, battery, cars, ElectricVehicle, ev, gear, Maxwell, Tesla, transportation, Ultracapacitor, Ultracapacitors
All products recommended by Engadget are selected by our editorial team, independent of our parent company. Some of our stories include affiliate links. If you buy something through one of these links, we may earn an affiliate commission.