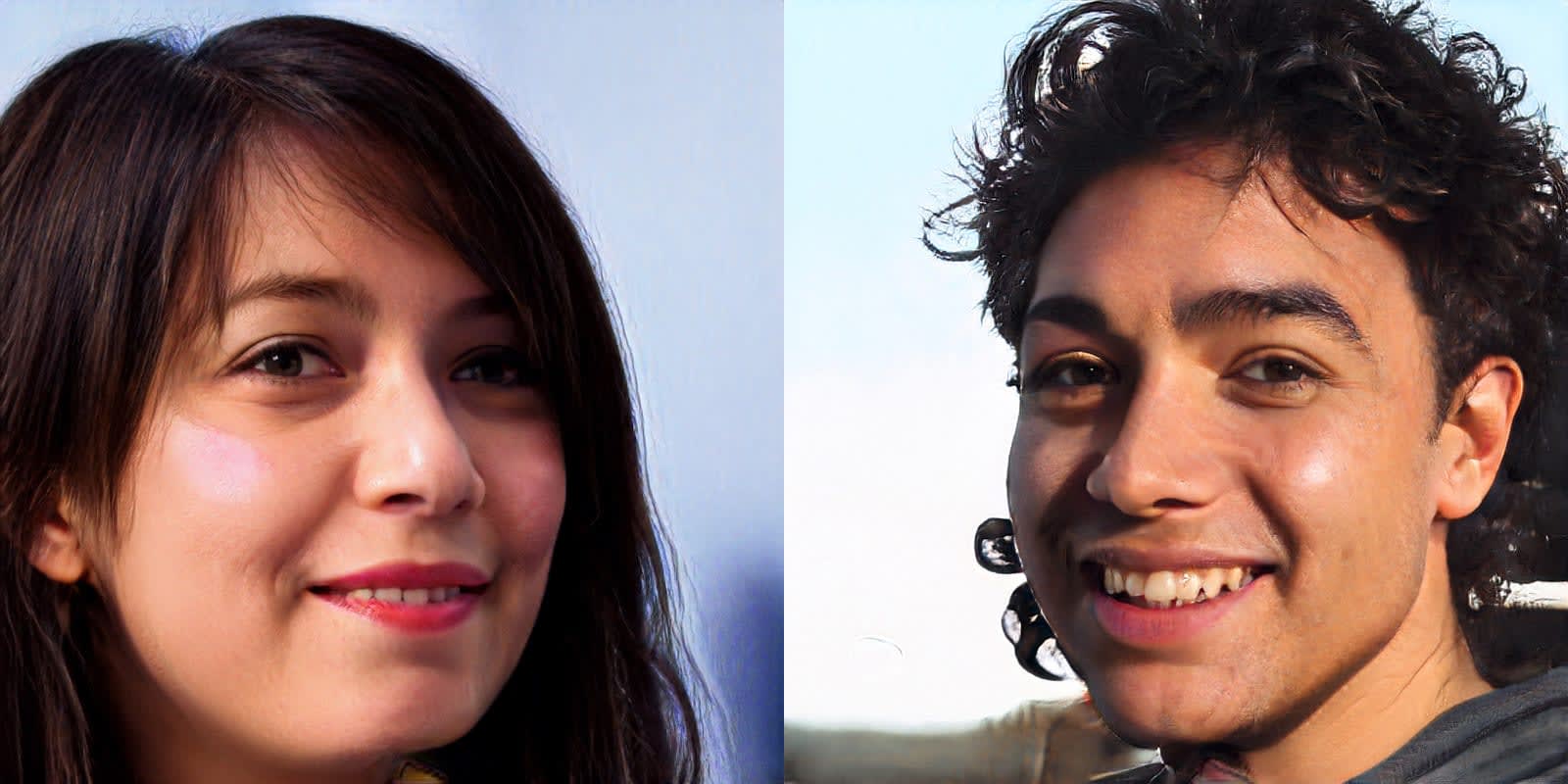 You might already know that AI can put real faces in implausible scenarios, but it's now clear that it can create faces that otherwise wouldn't exist. Developer Phillip Wang has created a website, ThisPersonDoesNotExist, that uses AI to generate a seemingly infinite variety of fake but plausible-looking faces. His tool uses an NVIDIA-designed generative adversarial network (where algorithms square off against each other to improve the quality of results) to craft faces using a large catalog of photos as training material.

The results are imperfect (look at the area below the woman's eyes as proof), but when everything falls into place, it's disconcertingly realistic -- you sometimes wouldn't know a person is imaginary. It doesn't require much computational power, either. Wang told Motherboard that he's using an NVIDIA GPU on a rented server to create a random face every two seconds. This isn't so much a technological breakthrough as a bid to raise awareness of AI's ability to manipulate images.

The system in question isn't limited to faces. NVIDIA's technology can already handle cars, cats and even bedrooms.

It's a simple project on the surface, but it does illustrate the potential advantages and pitfalls of the technology. You could use this to create plausible characters for a story, but could also use it for scams that rely on bogus IDs and testimonials. Ideally, a website like this prompts discussion about the ethics of AI image manipulation before it goes too far.

Via: Motherboard, The Verge
Source: ThisPersonDoesNotExist.com, Philip Wang (Facebook)
In this article: AdversarialNetworks, ai, artificial intelligence, ArtificialIntelligence, gear, internet, machine learning, machinelearning, nvidia, personal computing, personalcomputing, science, stylegan
All products recommended by Engadget are selected by our editorial team, independent of our parent company. Some of our stories include affiliate links. If you buy something through one of these links, we may earn an affiliate commission.