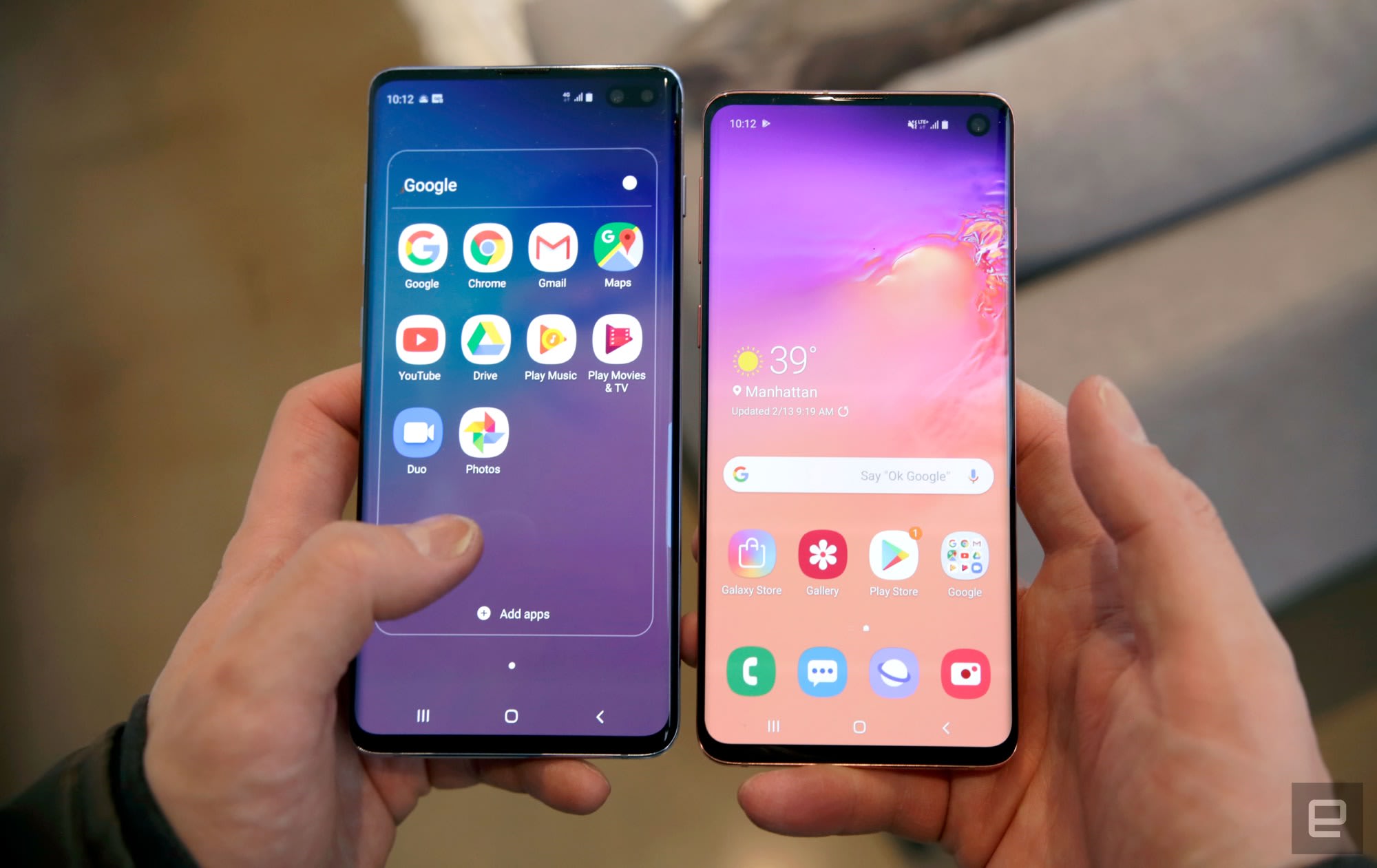 To the surprise of literally no one, Samsung just announced the Galaxy S10 and S10+, the company's latest pair of flagship smartphones. While last year's S9 was a rather iterative update, the Galaxy S10 series is notably different than what we've seen the last two years.

As we've seen in a host of leaks over the last few months, the S10 series sports a cut-out in the screen for the front-facing camera, rather than the notch that Apple and so many other manufacturers have used. A commercial that hit the internet the other day basically confirmed the three cameras on the back, with two more up front on the larger S10+ (the smaller S10 only has one front-facing shooter). That extra second camera is for improved depth-sensing for selfies; it doesn't actually shoot pictures.

Two of the cameras are basically the same as those found on the Galaxy Note 9 -- 12MP shooters at "wide angle" and "telephoto" distances. But that third camera is a super wide angle 16-megapixel shooter with a 123-degree field of view -- roughly the same as the human eye. As for video, both front and rear cameras can shoot in 4K, and it's also the first "mobile device" in the world that can shoot video in the HDR10+ standard.

Both phones have larger displays this year, with the S10 coming in at 6.1 inches and the S10+ featuring a 6.4-inch screen. Just as the cameras can record in HDR10+, the S10 and S10+ are the first phones with screens that support that standard. And those screens were rumored to hide an "ultrasonic" fingerprint sensor this time, instead of the poorly-placed scanner found on the back of the S8 and S9. That rumor came true; Qualcomm's scanner is said to work under bright light and wet conditions, while software algorithms make it harder to spoof your fingerprint.

Both phones come with 8GB of RAM by default, though Samsung is also selling a version of the S10+ with 12GB RAM. As for storage, they default to 128GB; both phones also have a MicroSD slot. You can step up to 512GB built-in, and the S10+ also will have a 1TB variant available. As for power, the smaller S10 has a 3,400mAh battery while the S10+ goes with a 4,100mAh battery. Naturally, the S10 has wireless charging, but it can also charge other devices. Placing Samsung's newest smartwatches, earbuds or phones on the back will let you give those devices a quick charge.

In this article: breaking news, galaxy s10, Galaxy S10+, gear, mobile, s10event, samsung
All products recommended by Engadget are selected by our editorial team, independent of our parent company. Some of our stories include affiliate links. If you buy something through one of these links, we may earn an affiliate commission.