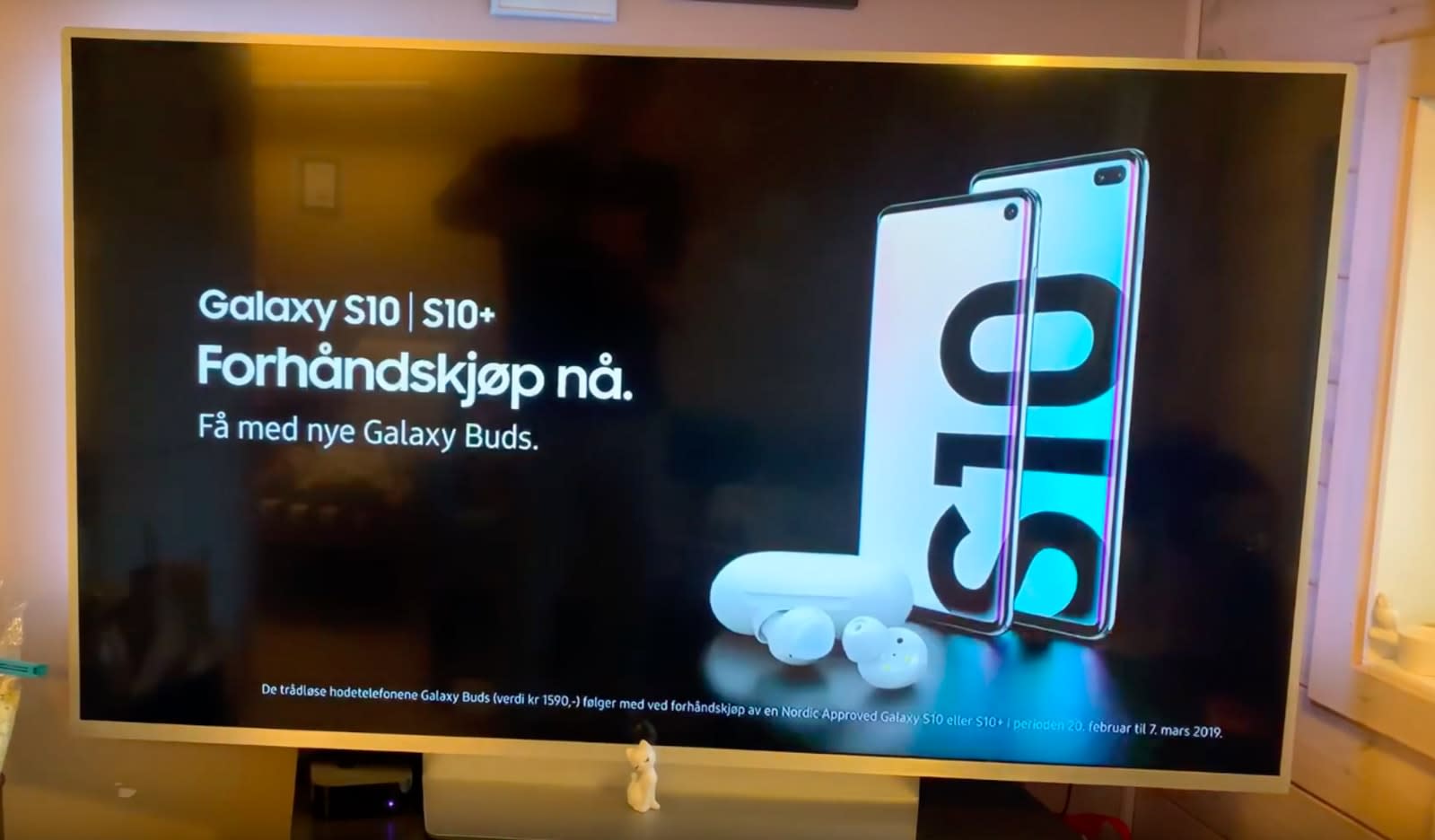 Who needs leakers when Samsung is outing its Unpacked lineup itself? Ahead of its flagship event tomorrow, the Korean tech giant has let slip another look at its AirPods-style wireless Galaxy Buds and Galaxy S10. If you thought it couldn't top its earlier leak on its Galaxy Watch app, this time the products were the stars of a full-blown ad aired by Norway's leading commercial TV channel.

A viewer had uploaded a 30-second snippet of the promo on YouTube (since removed by the user), according to The Verge. It offered a close-up of the upcoming smartphone that seemingly confirms some of its headline features, including its hole punch display, ultrasonic fingerprint reader, rear triple-camera setup, and reverse wireless charging. Yes the ad is in Norwegian, but the visuals speak for themselves.

Samsung's Galaxy Buds emerge towards the end of the video, ensconced in their all-white charging case. The clip also reveals that you can charge the wireless buds by placing them on the back of the Galaxy S10.

Samsung is expected to unveil at least three smartphones at Unpacked tomorrow, including its much-hyped foldable handset. Chances are we'll see a Galaxy Sport smartwatch too and maybe even get an update on the Galaxy Home smart speaker. Of course, you can catch all the official breaking news from the event on Engadget.

In this article: galaxy buds, gear, leak, mobile, samsung, samsung galaxy s10, unpacked, unpacked 2019
All products recommended by Engadget are selected by our editorial team, independent of our parent company. Some of our stories include affiliate links. If you buy something through one of these links, we may earn an affiliate commission.