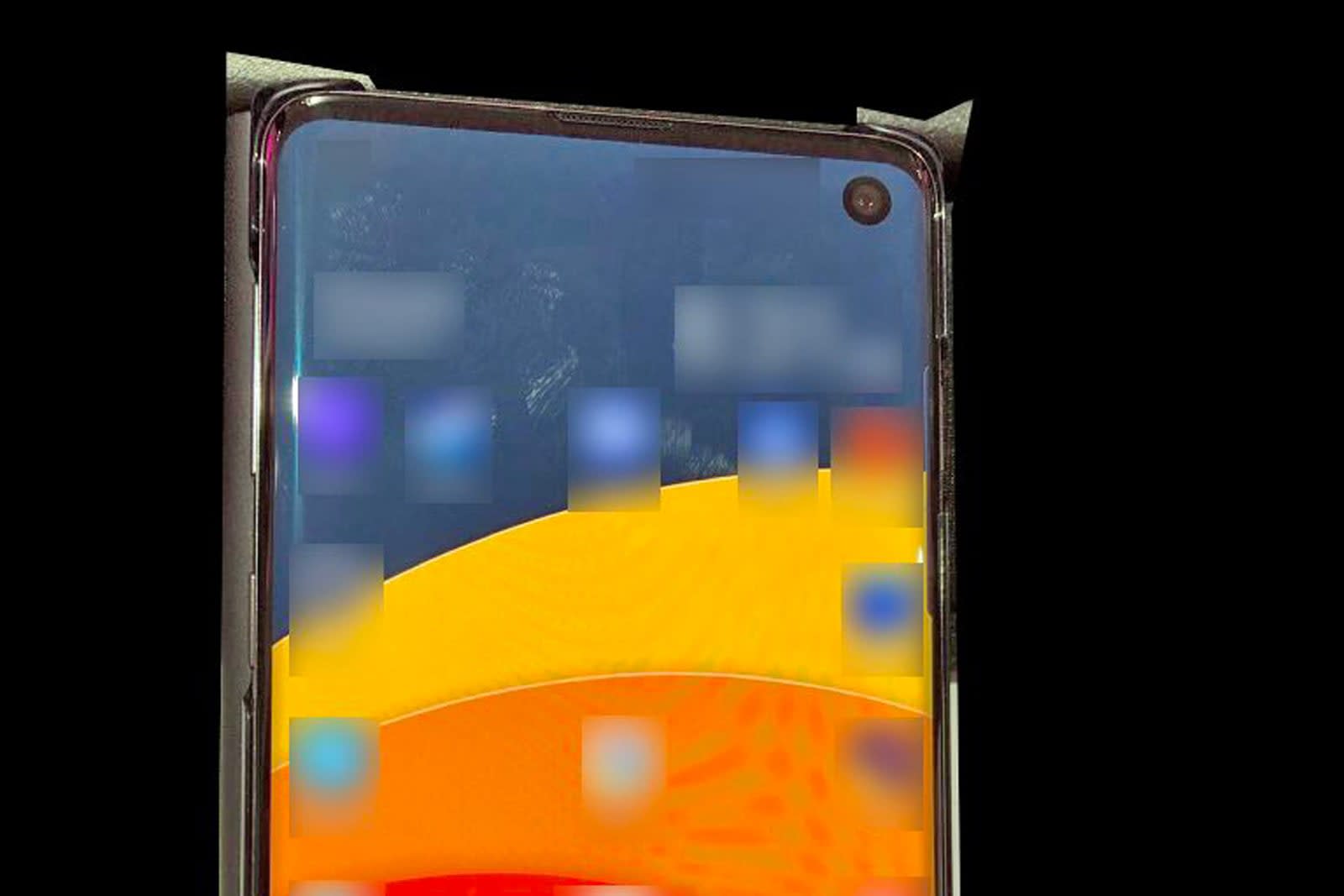 Samsung's Galaxy S10 appears to have leaked again -- and this time, it's not hiding behind a disguise. Well-known leaker Evan Blass has posted a photo of the Beyond 1 variant (that is, the standard 5.8-inch model) that very clearly shows its hole-punch display with a spot in the corner for the lone selfie camera. The icons are unsurprisingly blurred out to avoid giving too much away, but the image otherwise provides a clear view of what the front design will entail. While Samsung hasn't completely eliminated bezels (it needs one for the top speaker), they're now so small that they make the Galaxy S9's chins seem enormous by comparison.

Beyond 1 and its 6.4-inch Beyond 2 counterpart (likely to be called the S10 Plus) are expected to share many of the same features. That includes the likely use of Qualcomm's Snapdragon 855 processor in some regions (Samsung's Exynos 9820 chip in others) and, quite possibly, reverse wireless charging to top up other devices. However, the larger phone is poised to include two front cameras and three rear cameras where Beyond 1 would include 'just' one front cam and two rear shooters. There's also talk of a "lite" 5.8-inch S10 (Beyond 0) that would trim specs to keep the price down, as well as a 5G-equipped, 6.7-inch Beyond X device for the no-compromise crowd.

If rumors are accurate, you'll have to wait until sometime in February, possibly at or near Mobile World Congress, to see the S10 family. You might also see Samsung's Infinity Flex-based foldable phone at the same time. However many handsets launch at that time, it's likely to be one of Samsung's most important introductions in years. It's the first major redesign of the Galaxy S line since the S8 in 2017, and the company likely wants to pull out all the stops to both improve its so-so earnings and keep buyers interested despite a declining smartphone market.

Samsung Galaxy S10 "Beyond 1," in the wild. pic.twitter.com/EMquh59Kln

In this article: android, beyond1, evleaks, galaxys10, gear, leak, mobile, samsung, smartphone
All products recommended by Engadget are selected by our editorial team, independent of our parent company. Some of our stories include affiliate links. If you buy something through one of these links, we may earn an affiliate commission.