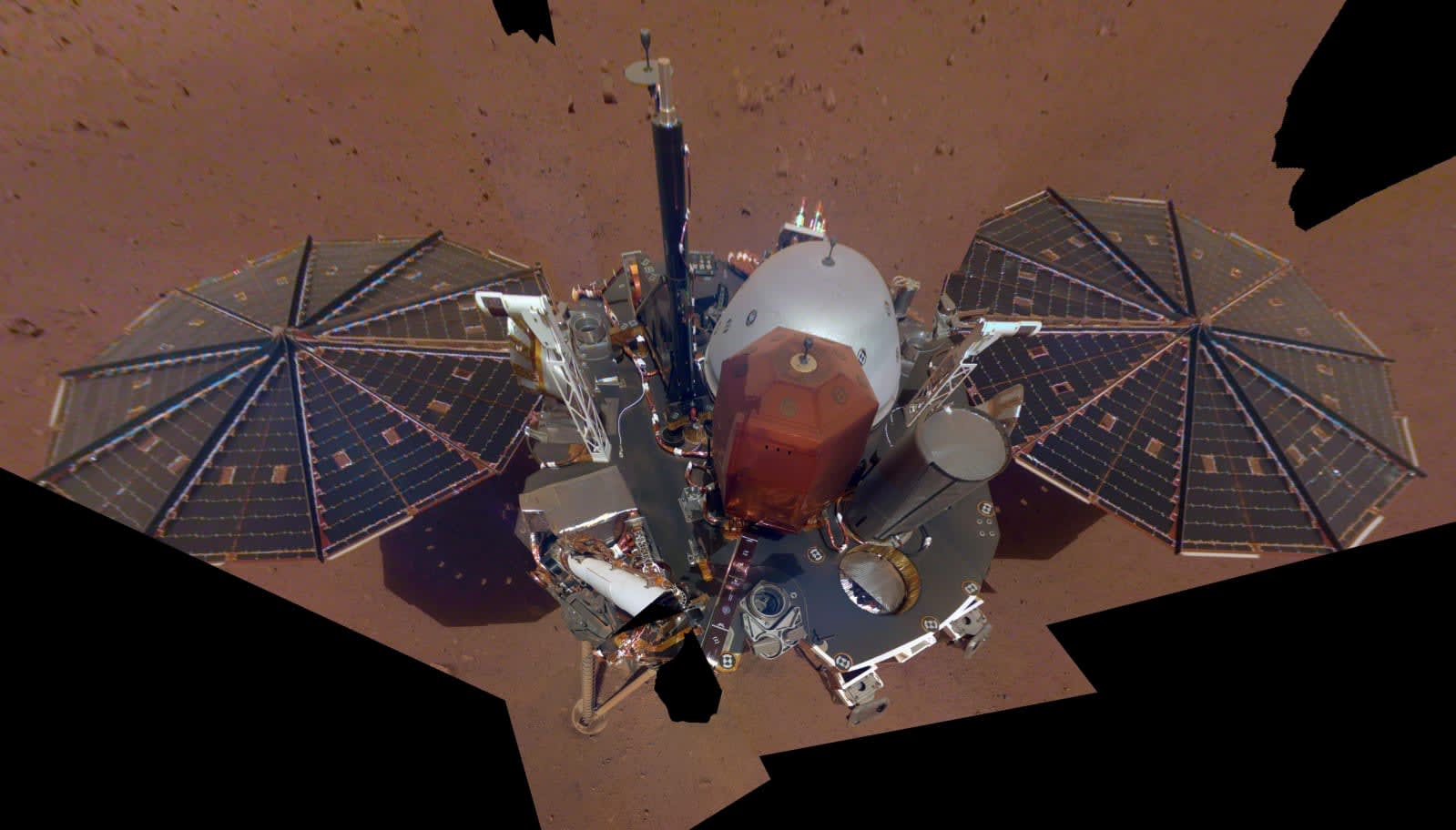 NASA says its new Mars weather website will be "geeky fun for meteorologists." For the rest of us, it's a daily reminder that Mars is ridiculously cold. The website shares a daily weather report with temperature, atmospheric pressure and wind speed collected by InSight lander, the NASA spacecraft currently stationed near the red planet's equator.

To the average person, probably the most shocking aspect of the daily weather report is that the temperature regularly drops below 130 degrees Fahrenheit and rarely goes above 15 degrees Fahrenheit. You might also notice that it's rather windy -- the most recent wind speed recorded clocked in at 37.8 mph. And the atmospheric pressure, usually somewhere around 700 Pascals, is considerably lower than Earth's, where average sea-level atmospheric pressure is more than 100,000 Pascals. But NASA isn't so much interested in the weather, as it is in using these readings to get a better sense of the seismic activity on Mars.

InSight's package of sensors, called the Auxiliary Payload Subsystem (APSS), is being used "to detect sources of 'noise' that could influence readings from the lander's seismometer." APSS includes a magnetometer -- the first-ever placed on the surface of another planet -- to pick up changes in the local magnetic field, but the planet's extreme temperature swings, high winds and low atmospheric pressure can all mask "marsquakes." And what NASA really wants to know is if there's seismic activity, which could tell us more about how Earth formed. While the agency sorts that out, it figures why not share some of the lighter data with us Earthlings.

Via: Ars Technica
Source: NASA
In this article: InSight, mars, nana, space, tomorrow, weather
All products recommended by Engadget are selected by our editorial team, independent of our parent company. Some of our stories include affiliate links. If you buy something through one of these links, we may earn an affiliate commission.